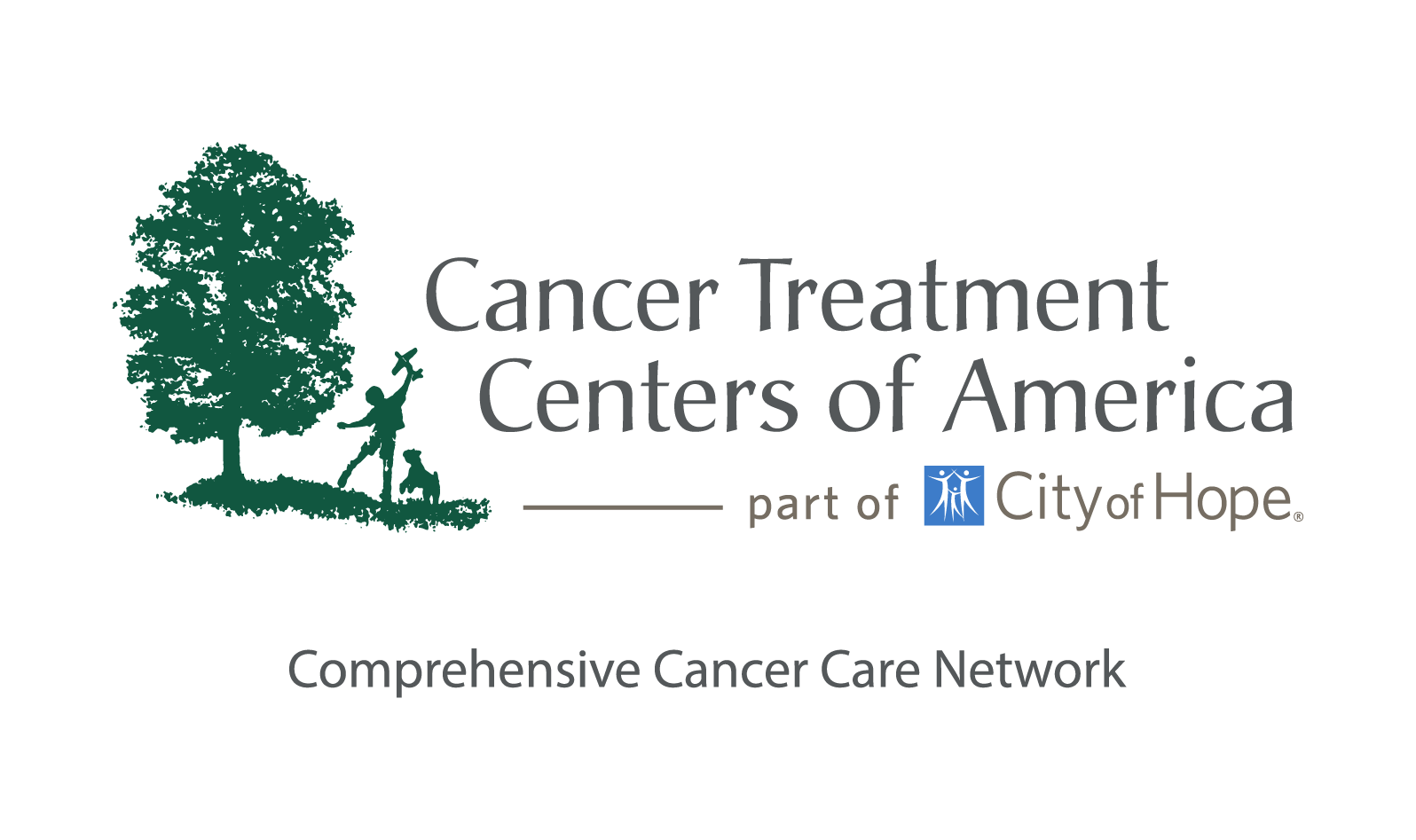 When cancer harms the body’s ability to make antibodies, what does that mean for the efficacy of vaccines?

He was grateful that at least he had already gotten his first dose of Pfizer’s COVID-19 vaccine. A cancer of immune system antibody-producing cells called plasma cells, multiple myeloma has been shown to make people more vulnerable to COVID-19 infection and serious complications.

Johnson already faced plenty of risk working in an emergency room. In people with multiple myeloma who are not vaccinated, COVID-19 causes moderate to severe acute respiratory dysfunction in more than 75% of those infected. And according to a 2021 study published in JAMA Oncology, approximately one-third of people with multiple myeloma who go to the hospital for COVID-19 will die.

Shortly after completing induction treatment for multiple myeloma, Johnson was due for his second shot. A few weeks later, he was fully vaccinated by the Centers for Disease Control and Prevention (CDC) standards at the time. His hematologist-oncologist tested Johnson’s blood to measure his response to the vaccine.

“I had mounted no response at all after the first two shots,” Johnson says. “I was a little disappointed, but I wasn’t surprised.”

Not only does multiple myeloma make people more susceptible to contracting COVID-19 and having complications from it, it also limits the immune system’s response to the vaccine. These are consequences of both multiple myeloma’s effect on antibody-making plasma cells and of immune suppressing treatments for the disease.

“People with multiple myeloma have more prolonged infections and higher risk of complications from those infections, and we know that vaccines work far less well for them,” says Dr. Amrita Krishnan, director of the Judy and Bernard Briskin Center for Multiple Myeloma Research at City of Hope in Duarte, California.

However, additional vaccine doses may help. For people with immune-compromising conditions, including multiple myeloma, the CDC now recommends three initial doses of an mRNA vaccine (that is, Pfizer or Moderna) spaced 28 days apart followed by a fourth dose as a booster five months after the third shot. For people with immune‑compromising conditions who receive the Johnson & Johnson single shot, the CDC recommends a booster with any of the three available vaccines two months later.

New and experimental treatments with emergency use authorization from the Food and Drug Administration (FDA) may soon provide immune‑compromised people with antibodies in a way that vaccines cannot. Doctors recommend that people with multiple myeloma also continue to take basic precautions such as appropriate masking and physical distancing.

Antibodies are the body’s natural defense against illness, and when viruses or bacteria enter the body, the immune system typically recognizes them as a threat. Healthy plasma cells in the bone marrow then manufacture proteins called antibodies, which are custom-designed to fight off that specific invader. For every infection, the immune system makes a corresponding antibody to fight it.

READ MORE: I Survived Cancer and Now COVID-19. Here’s What I Learned

Similar to germs, vaccines also trigger the production of antibodies when they enter the body. Typically, the vaccines deliver just a bit of deadened virus — or a type of material like cellular tissue that behaves like the virus in some way — into the bloodstream so that immune cells will detect it and begin to manufacture the appropriate proteins to fight it. That way, if the actual virus ever gets into the body, the immune system will have the tools to fight back. With mRNA viruses, like COVID-19, however, the mRNA vaccines guide patients’ cellular tissue to produce the viral protein to best trigger the immune system in part, not the whole virus.

“Individuals who have multiple myeloma or its precursor condition, smoldering myeloma, have a compromised immune system. That’s why, even before COVID-19, they had a higher risk of acquiring infections. And now they have a higher risk of (contracting) COVID-19, too,” says Dr. Ankit Kansagra, a hematologist-oncologist at UT Southwestern Medical Center in Dallas.

Because multiple myeloma is a cancer of antibody-making plasma cells, the disease affects the body’s ability to produce effective antibodies. The cancerous cells instead make defective antibodies that the body cannot use and that can harm the body.

Multiple myeloma treatments, which suppress the immune system, can also make people more susceptible to infections, Kansagra adds. “Also, we know that multiple myeloma is typically a disease of (older patients), and research on COVID-19 suggests that the older the person (is) the greater the likelihood of serious complications.” Finally, he notes, “multiple myeloma compromises organ function, which can lead to further issues with COVID-19. All these things together make people with multiple myeloma more prone to severe infection.”

Results of a July 2021 study published in Nature found that only 45% of people with active multiple myeloma who received one of the mRNA vaccines had an adequate response. Some (22%) had a partial response, and the others had no response at all. Response rates were higher in people with smoldering disease. Results of large studies published in JAMA Oncology show that fewer than 1% of people with multiple myeloma who are vaccinated received the Johnson & Johnson vaccine, so most efficacy data refer to the mRNA vaccines.

Multiple myeloma treatments affect vaccine responses as well. Results of a July 2021 study in British Journal of Hematology found that people who had already been treated with four or more drugs for multiple myeloma were less likely to have an adequate response to an mRNA vaccine. Those receiving anti-CD38 therapy, such as Darzalex (daratumumab), or anti-B-cell maturation agents, such as CAR-T cells or bispecific T cell engager therapy, seem to have the poorest response to COVID-19 vaccines.

READ MORE: For Better and for Worse: How the COVID-19 Pandemic Changed Cancer Care

The good news is that additional doses of the vaccine may trigger the desired immune response in some immune‑compromised people.

When Johnson received a third dose as a booster last August, he says, “I (had) a great response at that point. I developed antibodies and everything.”

The added protection didn’t come a moment too soon. By that point, the pandemic had been raging for more than 18 months. Johnson, who had been living with multiple myeloma for nearly a year, had returned to work, where he was seeing at least six or seven patients with COVID-19 each day. And home was no safer. Johnson’s wife, a nurse, contracted the virus, and so did their two sons.

By taking precautions at work and sleeping in a separate bedroom and wearing a mask at home, Johnson managed to avoid infection.

“Somehow, miraculously, I did not catch it,” he says. “I was getting swabs, just to see if I needed to get the monoclonal antibodies if I ended up catching it, but it never developed.”

Stem cell transplant, a common treatment for multiple myeloma, also may interfere with vaccines. In fact, it can wipe out all the antibodies developed from a lifetime of vaccines, including COVID-19 vaccines. Generally, doctors recommend that people get all the necessary vaccines for their age again after recovery from a stem cell transplant.

Johnson’s COVID-19 antibody levels remained sufficient after his recent stem cell transplant. His doctors will continue to monitor his levels before administering another shot.

Valarie Traynham, who has breast cancer and multiple myeloma, plans to get all four recommended doses of the Pfizer vaccine. So far, she’s had three. She did a lot of research even before the vaccine was available to the public.

Many of Traynham’s friends and family didn’t initially plan to get the shot. They had been swayed by misinformation, and Traynham wondered if some of their concerns might be true. She also wondered just how much the vaccine would benefit someone in her condition.

“I already have a suppressed immune system, so is this vaccine even going to help me? That was the one question that I kept asking myself,” says the 49-year-old, who leads the African American Multiple Myeloma Chapter for the HealthTree Foundation and lives in Aurora, Illinois.

A talk given by Dr. Anthony Fauci, director of the National Institute of Allergy and Infectious Diseases, at the American Society of Hematology’s annual meeting in December 2020 made up Traynham’s mind.

“That was one of the questions that (patients with blood cancer) had for him, and he said, ‘Having some type of protection is better than nothing at all,’” Traynham says. “When I heard that, I thought, I can’t just live this sheltered life forever. My friends were going to get the vaccine and move on with their lives and I was going to be stuck wondering ‘What if?’”

After Traynham received her first dose of the Pfizer vaccine, she enrolled in a study with the Leukemia & Lymphoma Society to measure vaccine responses in people with blood cancers. Tests revealed that her immune system had produced very few antibodies after the first shot, but after the third, she had produced substantially more.

“It was better, but still not nearly what you would see in a person who doesn’t have multiple myeloma,” Traynham says.

New Treatment and Prevention for COVID-19

For those who don’t have a sufficient response to a COVID-19 vaccine, new and experimental treatments may help stave off severe infection.

The FDA has granted emergency use authorization to three different monoclonal antibody therapies for people who test positive for COVID-19, have mild to moderate symptoms and run a high risk of developing severe disease, which includes people with multiple myeloma. The therapies are bamlanivimab plus etesevimab, REGEN-COV (casirivimab plus imdevimab) and Xevudy (sotrovimab). Monoclonal antibodies are laboratory‑manufactured antibodies custom‑made to fight a specific illness.

Unfortunately, only Xevudy has shown to be effective against the omicron variant of COVID-19.

“The goal is to get them the treatment as soon as possible after infection so that we’re able to prevent that infection from becoming severe,” says Dr. Shagun Arora, a hematologist at UCSF Health in San Francisco.

Two of the monoclonal antibody treatments, bamlanivimab plus etesevimab and REGEN-COV, also have emergency use authorization as post‑exposure prophylaxis. This means that people who have been exposed to someone infected with COVID-19 and who run a high risk of severe disease if they get infected themselves can receive one of these treatments as soon as they are exposed — even before testing positive for the virus. But these are also not effective against the omicron variant.

More recently, the FDA approved Evusheld (a combination of the two monoclonal antibodies tixagevimab and cilgavimab) for use as preexposure prophylaxis in people who have moderate to severely compromised immune systems and who may not have a response to a COVID-19 vaccine.

“This is a game-changer in the minds of many doctors who treat immunocompromised patients,” Arora says.

Last December, the FDA approved two oral antiviral medications, Paxlovid and molnupiravir, for people who test positive for COVID-19 and run a high risk of hospitalization, death or other complications.

As breakthrough infections of COVID-19 continue to occur in vaccinated people both with and without multiple myeloma, doctors recommend that people with this type of blood cancer take all precautions available to them and continue to be vigilant against infection.

“I encourage all my patients with multiple myeloma and their families to get the vaccine because we know that COVID-19 mortality is much worse in people with multiple myeloma,” Krishnan says. “But beyond that, you still need to treat yourself as if you’re high risk. Continue masking, avoiding large gatherings and (being) extremely cautious.”

To hear Ryan Johnson tell his full story, listen to him discuss his cancer diagnosis and COVID-19 vaccine experience while on the frontlines of the pandemic.

The Value of Staying Active During Multiple Myeloma

The Weight of Mental Health During Multiple Myeloma
Advertisement