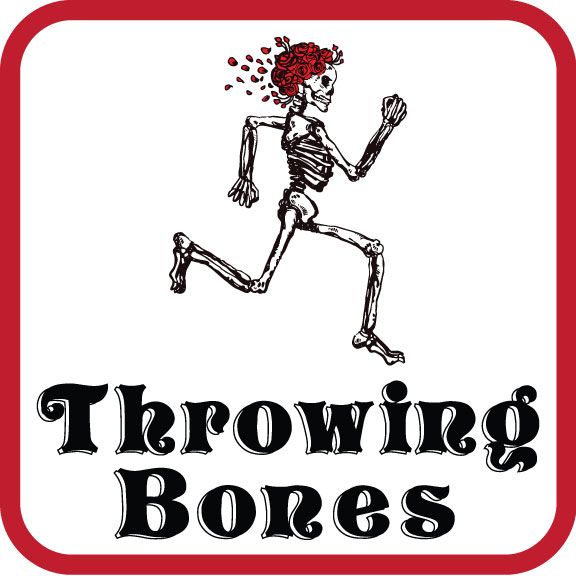 Bone pain is a common symptom that patients with multiple myeloma face, but some may find relief with treatments and exercise.

In 2017, Michael Padjen was on the job at his exterior cleaning company in Greensboro, South Carolina, when he jumped off the bed of his truck and felt pain in his back. A course of steroids didn’t help, so he went for an MRI, which showed not only a severe compression fracture in one of his vertebrae but also abnormalities in his bone density.

A blood test then uncovered the reason behind Padjen’s back pain: multiple myeloma. “Within the next seven weeks, I (developed) seven severe compression fractures, all in my back,” Padjen says.

However, Padjen’s story is not uncommon.

For Kenny Capps, a lifelong runner and all-around endurance athlete who lives in Black Mountain, North Carolina, the first sign that something was off came in 2014. “I started having issues with fatigue after long events. I thought I was getting the flu,” Capps says. “I had serious back pain, but I assumed I had just pulled something.” After Capps received a diagnosis of multiple myeloma, positron emission tomography (PET) scans revealed two compression fractures in his spine,a lesion in his hip bone, and bone loss in his collarbone, sternum and skull.

Bone pain is a main symptom of multiple myeloma because the cancerous plasma cells that cause the disease can also weaken bones. The result is not only pain but also an increased risk of weakness and bone fractures. A 2020 study of more than 800 patients with multiple myeloma found that bone pain led to the diagnosis in 63% of patients, and that 74% of patients had two or more bone lesions by the time they started their multiple myeloma treatments.

The good news is that the entry of new multiple myeloma drugs to the market — 12 in the past 15 years, according to the Multiple Myeloma Research Foundation — has raised the probability that patients with new diagnoses will achieve remission and, by extension, relief from their bone pain.

“Most people who present with multiple myeloma have bone pain. It’s the most common symptom,” says Dr. Shagun Arora, a hematologist-oncologist at the University of California, San Francisco. “Our first goal is to control the cancer as fast as possible. Typically, if the myeloma is responding well, pain starts improving and we know the bone disease is getting better.”

Multiple myeloma weakens bones by disrupting the normal balance between osteoblasts, which are bone-making cells, and osteoclasts, which break down bone. “The myeloma cells release signals that affect the bone marrow microenvironment in a way that increases the breakdown of bone,” says Dr. Carlyn Tan, a hematologist-oncologist at Memorial Sloan Kettering Cancer Center in New York City.

The result can be pain that spans a wide spectrum, from a dull ache that’s set off by certain movements to severe pain caused by a fracture. Sometimes multiple myeloma forms tumors called plasmacytomas, which can appear in bone or surrounding soft tissues, causing pain. Some patients develop pinched nerves or spinal cord compression due to involvement of the vertebral bodies, which are the bones that support the body and protect the spinal cord. That can cause shooting pain down the legs, paralysis, incontinence and other problems.

Finding the source of bone pain is an important step in diagnosing multiple myeloma, Arora says. That’s because some bone issues need to be treated immediately to reduce the risk of breakages or compression fractures. For example, weakened bone segments, referred to as osteolytic lesions, are common in multiple myeloma, but when they occur at locations such as the top of the femur, they can be dangerous. “Myeloma involvement can lead to fragile bones, and simple movements like walking can lead to painful fractures,” she explains.

Oncologists typically start with “head to toe” imaging, Arora says, which can include low-dose CT scans, PET/CT scans or MRIs. Surgery and radiation can alleviate osteolytic lesions as well as plasmacytomas that could otherwise endanger the spinal cord, Arora adds.

Once patients start their drug treatments for multiple myeloma, they’re typically prescribed bone-strengthening treatments simultaneously. One option is Zometa (zoledronic acid), which is in a class of medicines known as bisphospho- nates, also used for osteoporosis (thinning of the bones). They work by inhibiting bone resorption, or breakdown. Zometa is given by infusion once every one to three months. Bisphosphonates sometimes cause mild side effects such as flu-like symptoms, flare in bone pain, itching and numbness, but the advantages often outweigh the risks, Tan says.

“Using (Zometa) prevents future fractures and has been shown to help with bone pain also,” Tan notes. A 2017 analysis of four studies involving 601 patients with multiple myeloma concluded that patients who took bisphosphonates faced a lower risk of nonvertebral fractures than did those who were not prescribed bone-directed drugs.

Padjen, now 64, was treated with the standard multiple myeloma triple-drug regimen of Velcade (bortezomib), Revlimid (lenalidomide) and dexamethasone. He also was treated with Zometa. Then he received a stem cell transplant. But his back was in such bad shape he had to undergo threeoperations prior to the transplant and one after, including kyphoplasty.

For patients such as Padjen who have significant back pain and fractured vertebrae, kyphoplasty can stabilize the back- bone and offer significant relief. During this procedure, a balloon is inserted into the collapsed vertebra and inflated, creating a space. Then bone cement is injected into the space.

Capps, now 50, also received the same regimen of Velcade, Revlimid and dexamethasone, followed by a bone marrow transplant. This put him into partial remission, and he remains on a maintenance therapy. He also was prescribed Zometa for his bones, and he undergoes PET scans to monitor his bone health twice a year.

Another option for preventing bone issues in multiple myeloma is Xgeva (denosumab), an antibody drug that decreases bone resorption by inhibiting a protein that controls the survival and functioning of bone-destroying osteoclasts. Results of a 2018 study, published in The Lancet, comparing Zometa with Xgeva in patients with newly diagnosed multiple myeloma with at least one lytic lesion found that Xgeva matched Zometa’s effectiveness in preventing skeletal-related events.

Zometa, however, can exacerbate kidney issues, with some patients experiencing renal injuries or failure while on the drug, so Xgeva may be a better choice for patients with chronic kidney disease. Xgeva is also more convenient, in that it can be given as a subcutaneous injection every four weeks, Tan says. Both Zometa and Xgeva can cause a degeneration of the jaw known as osteonecrosis. So patients are advised to visit a dentist to check the health of their jaw bones prior to starting the medication, she adds.

Oncologists who treat patients with multiple myeloma often prescribe bone-strengthening supplements to their patients, including vitamin D and calcium. But because the breakdown of bone can cause calcium to be released into the bloodstream, physicians typically run blood tests to measure patients’ calcium levels before recommending a supplement regimen, Arora says.

“If calcium levels are high, we need to treat the cancer first and get that under control so calcium levels will start normalizing,” Arora says. “Then our next step is to help the bones restructure themselves. Then we add in the calcium and vitamin D.”

Exercise is also an important component of multiple myeloma treatment. Patients are typically advised to avoid strenuous exercise in the initial stages of treatment. But once their bone pain and lesions are treated, patients may find that low-impact aerobic exercise, and even light weight lifting, can be beneficial.

“Patients are usually feeling better by month three of treatment, and at that point it’s good to start some strenuous physical activities,” Arora adds. “It’s important to maintain some level of physical fitness to prevent fatigue and loss of muscle mass.”

Padjen, who is now in remission, agrees. Although he still has some bone pain, and he leans on his service dog, Flynn, to help him with everyday tasks and basic mobility, he feels well enough to walk four miles a day. “I’m feeling really good,” Padjen says. “I think the exercise helps tremendously.”

Exercising also helps patients maintain a healthy weight, says Dr. Anita D’Souza, associate professor of medicine at Medical College of Wisconsin in Milwaukee. “We often see obesity and sarcopenia, a loss of healthy muscle, in (patients with) multiple myeloma, and there’s a concern that these factors may contribute to disease progression,” D’Souza says. “Getting to a healthier weight should be a goal for all patients.”

D’Souza co-authored a recent study of 38 survivors of multiple myeloma, 76% of whom were obese. Several participants reported significant quality-of-life challenges, including fatigue, pain and a loss of physical function. The results support the need for lifestyle coaching in the treatment of multiple myeloma, she says.

“The majority of patients weren’t involved in any exercise programs, but they expressed an interest in it,” she explains.

Capps also has found that staying active helps to keep his bone pain under control. In 2020, he ran four marathons, one 50-mile race and 63 miles of a 100-mile race. He managed all of that despite undergoing surgery earlier that year to remove his adrenal glands and a tumor that was sitting on top of one of them.

Being physically fit “can optimize your quality of life and make you healthy enough to withstand treat- ments that otherwise you may be ineligible for, like bone marrow transplants,” Capps adds.

Capps knows from experience that cancer treatments can cause fatigue, which can sap the motivation to exercise. For patients who are struggling to stay active, he has one piece of advice: “Just put your shoes on,” Capps says. “Then once you have your shoes on, getting out the door and walking to the mailbox becomes a little easier. Then maybe next time you can walk around the block. Just get your shoes on and see where that goes.”

The Value of Staying Active During Multiple Myeloma

The Weight of Mental Health During Multiple Myeloma
Advertisement