Joseph Wood, a patient, and Deborah Wood, Joseph’s wife and caregiver, talk about Joseph’s prostate cancer diagnosis and Deborah explains her role as a caregiver.

Alicia Morgans, MD: Joe, can you walk us through your prostate cancer diagnosis and tell us what happened in the beginning? What was your initial treatment?

Joseph Wood: It was quite a long journey. I started in 2005 having bladder issues, not urinating, not emptying my bladder. In 2008, I consulted my doctor, my GP [general practitioner], at USC [University of Southern California] because at that time the studios were aligned with USC for our medical treatment. I was prescribed finasteride, and I stayed on that until 2010 when my PSA [prostate-specific antigen] became 3.5 [ng/mL]. I went to my local urologist, and he stated that he would keep an eye on it. In 2012, I went to him and my PSA had gone up to 5.2 [ng/mL]. In the interim, they had given me a TURP [transurethral resection of the prostate] because I was having so much problem urinating. But he took a biopsy and evaluated that biopsy in his office and said that I did not have prostate cancer. We continued to work 12 hours a day, seven days a week, as we do in the movie studios, and it wasn’t until 2016 that my GP gave me a physical and suggested that I see a urologist because my PSA at that point was 3.5 [ng/mL]. By that time the studios had changed medical [coverage] to UCLA [University of California, Los Angeles].

I came to UCLA and had a team of doctors, including Dr Rettig, evaluate my biopsy, and all the necessary scans, and they determined that I had a fast-growing cancer of the prostate. The first treatment I had was hormone treatment to lower my hormones with Lupron [leuprolide], and that lasted about two and a half years. As my PSA began to grow, luckily the FDA [United States Food and Drug Administration] had approved darolutamide, and Dr Rettig was gracious enough to prescribe that to me. Darolutamide does not penetrate the brain membrane, so I was very interested in that in terms of balance and memory loss. I’ve continued on that program until now, and my PSA is beginning to double every three months. During my examination with Dr Rettig, I said, “What else can I do?” He said, “Have you ever considered a trial?” He explained that you were doing the SPLASH trial. I am familiar with it because I do quite a bit of research on prostate cancer since I’ve had it. Unfortunately, I didn’t do it in my 50s when I should have, but when I saw that you were going to do that treatment, I was all for it. That’s my journey and that’s where I am now.

Alicia Morgans, MD: Thank you for sharing that. I think it’s so helpful to understand where people are coming from, and it sounds like it’s been a long journey for you. So you’re certainly the expert, and I’m glad that you’re here to share your insights.

Joseph Wood: I don’t know if I’m an expert, but I’m a case study.

Alicia Morgans, MD: You’re definitely an expert from my perspective. I’m wondering for that trial, the SPLASH trial that you’re participating in, or perhaps it was for another reason, when did you have your first PSMA [prostate-specific membrane antigen] PET [positron emission tomography] scan? At what point in your journey was that?

Joseph Wood: I believe 2017, and a second one in 2020. At that point, they determined I had lesions on my fourth vertebrae and my temple. Dr Rettig sent me to nuclear medicine specialists, and they radiated both of those lesions. And I haven’t had an issue with my neck, which I was having problems with, and the temple as far as I know has done well.

Alicia Morgans, MD: That’s great. How was that experience to get the scan? Was it relatively easy or was it hard? Was there anything about it that you found particularly challenging or that you wanted to share with others?

Joseph Wood: Don’t be alarmed when they bring in the lead container. When they brought in that container and set it on the table, the table creaked. And I thought, my goodness, what a container. But the test, you don’t feel anything. You’re not ill from it or anything, it’s fine.

Alicia Morgans, MD: That’s a good point. I imagine hearing that kind of land on a table or a desk would be a lot.

Joseph Wood: Yes, and they were highly efficient. Everyone did their job, and they were so helpful and courteous. It was beyond belief actually. They make sure you’re comfortable and ask if you need a warm blanket. “Does this feel right? Are you OK?” It was perfect. It’s just surprising to see such giant machinery, and you’re going under it. That’s all.

Alicia Morgans, MD: Yes. I can only imagine. I wonder from a caregiver’s perspective, Debbie, let’s start with how you define your role as a caregiver, and then we can kind of dig into some of the experience.

Deborah Wood: My experience has been that it’s really hard to see my husband of 49 years going through this. I think the first thing is getting over the shock and the feeling of he’s not the same person anymore. Then you go through a feeling of being overwhelmed with things, such as handling things you’ve never had to do before, like taxes in addition to handling his care. And making sure that he has what he needs to be comfortable, and still let him feel like he’s being useful. Joe still tries to put in an eight-hour day. I try to make sure he stays hydrated, and has the types of food that can help his body as much as you can with cancer. Since everybody reacts differently I believe to cancers, it’s hard to tell what you can do to actually help his body assimilate this disease, or make him strong enough to fight it. I think that’s been a task. I’ve learned a lot and researched natural foods and hydration, and I just can’t believe some of the things that I’ve learned.

I think being a caregiver helps you have a chance to learn a lot of new things about the human body. It’s still very hard because you know there’s an end of the story sooner than what you felt you would have had in the long run.

Alicia Morgans, MD: It sounds like you’ve been at this for a long time. It’s an adjustment, both in terms of learning how to take care of someone in a new way, and meeting him where he needs to be in that process, which as you said, can be different for everybody. But also, it’s picking up on things in your normal, everyday life that he may have been doing before. And now you’re there to learn those skills, do the taxes, do whatever it is, maybe some of the bills, or something that you weren’t necessarily responsible for before.

Deborah Wood: The taxes were really a nightmare.

Alicia Morgans, MD: We can all agree with that.

Deborah Wood: It’s very overwhelming, and it’s hard to work with men in areas where they’re used to speaking with somebody who’s more educated, in construction, or whatever. So yes, it’s been quite the journey for me.

Jeremie Calais, MD, MSc: I just want to say that you seem to be an amazing caregiver, and it is very hard, and I want to acknowledge your role. You seem to be really committed.

Deborah Wood: Also the caregiver has to make them get up. Sometimes it’s, “I don’t feel like getting up.” Well, “I don’t either. But we’re going to get up today.” That is a lot. People say, “Oh, but he’s so sick.” No, you’re sick, but you get up, and you move around, and you do what you can do. Even if it’s for 20 minutes or one hour, go from the bedroom to the deck, or get out of the house, do something. It’s hard to do when somebody is really sick, but you have to stand up and say, “You’re going to get up. We’re going to fight this thing.” It kind of makes you become stronger, I guess you would call it, or pushier. I’m not sure.

Alicia Morgans, MD: It sounds like tough love, and it’s absolutely strength. To Jeremie’s point, I agree. It sounds like you both have been through an enormous process, but your unique process as a caregiver is one that we’re so appreciative to hear about. A lot of times I talk to men, and I say, “One of the reasons that you’re here is not just the drugs that you’re taking, but it’s the person and the people who are supporting you when you’re not in the clinic,” which is really a short period of time. When you think about all the time you spend living with cancer, most of the time, you’re not in the clinic. He’s with you and you’re helping that process. Thank you for getting him up and moving him.

I Use a Simple Button to Combat Anti-Maskers, Since Cancer Made Me Immunocompromised 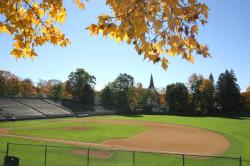 Unlike With Baseball, There Are No Rules When it Comes to Cancer