Patients with mesothelioma are living longer thanks to new drug combinations – including the first FDA-approved regimen in 15 years.

In August 2014, Russell Lamkins was given six months to a year to live after learning he had malignant mesothelioma. More than six years later, he is traveling the country in his motor home with his wife and, although the cancer has slowed him down, he says he feels good.

Lamkins credits this success to the care he has been receiving on a clinical trial at Moffitt Cancer Center in Tampa, Florida, which is about two hours north of his home in Bonita Springs.

“(Moffitt) never promised anything. They explained that it was all experimental,” recalls Lamkins, now 74. “My wife and I went back to the cancer specialist in town and all he could say was, ‘If you want to be a guinea pig ... fine, or we can start chemotherapy next week.’”

Lamkins stuck with Moffitt and was the second patient to enroll in a clinical trial in 2016 that offered transarterial chemoperfusion, a therapy that involves delivering a high concentration of medicine to the diseased tissue lining in the lungs. He began this after his disease progressed despite standard chemotherapy and immunotherapy.

“I thought, what did I have to lose? Maybe this is the miracle drug. If not, it’s going to help someone down the line,” he says.

Mesothelioma Is a Risky Business

Mesothelioma is an aggressive type of cancer that forms in the lining of the lungs, abdomen or heart. Considered rare, the number of mesothelioma cases diagnosed in the United States is about 3,000 each year.

It’s most commonly seen in men, white or Hispanic people and those who are older. The biggest risk factor for developing mesothelioma is exposure to asbestos, a group of minerals that occur naturally as bundles of tiny fibers that are found in the earth’s soil and rocks. Those fibers become dangerous when inhaled, as abestos is a known carcinogen. People most at risk for asbestos exposure include miners, factory workers, shipbuilders, insulation manufacturers and installers, railroad workers and construction workers. Lamkins had been in construction since he got out of the Marine Corps in 1967.

“We did all phases of construction ... roofing, drywall, insulating, and then remodeling of homes which involved tearing things apart that we later found out had asbestos in it,” he says.

Other potential risk factors include exposure to zeolites, minerals chemically related to asbestos; high doses of radiation to the chest or abdomen for other cancer treatment; and a mutation in the BAP1 gene, however, this is rare, according to the American Cancer Society.

Although Lamkins didn’t experience any symptoms, people with mesothelioma may show signs such as fever, excessive sweating, fatigue, weight loss and loss of appetite. However, symptoms can vary depending on the type of disease. Pleural mesothelioma, occurring in the chest, is most common, making up 70% of cases, said Dr. Jacques Fontaine, a medical oncologist at Moffitt Cancer Center. Peritoneal mesotheliomas begin in the abdomen and, very rarely, mesotheliomas can occur in the covering the heart or in the covering layer of the testicles. For patients whose disease starts in the chest, signs may appear as shortness of breath, cough, pain inside the chest or lower back, hoarseness and trouble swallowing.

In cases where the disease arises in the abdomen, patients may experience belly pain or swelling. Francine Shuman thought her protruding belly was a sign of old age. Her belly began to swell and she dropped 20 pounds quickly. “I had all the symptoms,” says Shuman, 67, of Augusta, Georgia. Not thinking it was cancer, Shuman ended up in the emergency room from dehydration brought on by not eating because of sciatica pain. A 4-centimeter lump was discovered and a biopsy revealed peritoneal mesothelioma, which she believes was a result of inhaling talcum powder that she used on her three daughters when they were babies. “I was told that only 600 people a year get this,” says Shuman.

Talc is located in close proximity to asbestos, therefore the talc could be contaminated with asbestos fibers. In recent years, there has been controversy surrounding talcum products and cancer risk, including mesothelioma.

Receiving a proper diagnosis can be challenging for patients since mesothelioma can mimic other diseases and is often mistaken for lung cancer, according to Fontaine. “It can take four to six months at the time of presentation to diagnose.”

Patients need to understand the importance of being seen at a high-volume cancer center, where more cases of mesothelioma are seen, says Dr. Daniel Sterman, director of the pulmonary oncology program at NYU Langone Health. He suggests interviewing a few oncologists before making a decision on where to be treated.

“This is a disease for which we have no cure,” Sterman says. “Even at its earliest stages, there is no proven curative therapy but that doesn’t mean therapies aren’t effective.”

Since staging of mesothelioma is complex, patients may undergo not only a CT or PET scan, but also an MRI of the chest, lymph node scanning and exploratory surgery, Sterman explains. Three major cell types can affect a person’s treatment regimen — epithelioid, sarcomatoid or a combination of both. More than half of cases are epithelioid and these patients respond best to chemotherapy. They also have the best prognosis.

About 10% to 20% of cases are sarcomatoid, which has the worst prognosis. While chemotherapy shows little response with this type of cell, immunotherapy is proving to be effective.

The type of treatment will depend on a patient’s stage, location of the cancer, subtype, whether it has spread and performance status or level of fitness. Surgery or systemic therapy, such as chemotherapy and immunotherapy, with or without radiation are treatment options for patients. Some may also choose no therapy at all, but rather receive palliative care to improve quality of life and control pain. About 25% of patients, those who are typically older with other health issues, opt for this, explains Fontaine.

Surgery to debulk mesothelioma is aggressive. “We cut the ribs and go in to remove the lining around the heart and then rebuild it with synthetic mesh,” says Fontaine. “It takes several hours of surgery plus a week stay in the hospital and a long time to recover.”

In addition, surgery alone may not be able to completely remove the cancer. Therefore, combining surgery with chemotherapy, immunotherapy, or a combination of both, either before or after surgery should be considered, Sterman suggests.

Following her diagnosis in February, Shuman received eight chemotherapy treatments and gained 32 pounds from the steroids she was put on. “It made me depressed,” she says. “By the eighth chemo treatment I could barely walk. This broke me down. I didn’t want to live anymore.” Shuman will soon undergo surgery to help get rid of her cancer.

The MARS 2 clinical trial will examine how effective surgery is alone versus surgery and systemic therapy in more than 300 patients. Enrolling participants in the United Kingdom, researchers will investigate overall survival, safety, quality of life and cost in patients with pleural mesothelioma.

“After enrollment is complete, there will be two years of follow up so the results of the trial will be available at the end of 2022,” says chief investigator Dr. Eric Lim, a thoracic surgeon at Royal Brompton Hospital in London. “We don’t know if there is any benefit to the operation and that’s why this trial is important.”

Most exciting in the treatment of mesothelioma is the October approval by the Food and Drug Administration (FDA) of Opdivo (nivolumab) and Yervoy (ipilimumab), two types of immunotherapies, to treat adult patients with malignant pleural mesothelioma that can’t be removed by surgery — the first regimen approved for mesothelioma in 16 years.

The approval was based on the findings of a phase 3 clinical trial that included more than 600 patients who either received the immunotherapy combination or standard of care chemotherapy. Researchers saw a median overall survival of 18.1 months with the combination compared with 14.1 months with chemotherapy. The two-drug combination also reduced the risk of death by 26%.

“So far these are the most impressive results achieved,” Lim says. “All the other treatments have shown to be ineffective, so to reduce the risk of death by 26% is huge.”

Immunotherapy is an attractive option as it may have fewer side effects than chemotherapy. Patients who receive it have less vomiting and fewer kidney problems. It also doesn’t require a patient to sit for hours in an infusion center. However, patients who have immune diseases, such as arthritis, lupus and thyroid disease, can’t receive it.

In addition, data from the phase 2 DREAM trial based in Australia is promising for patients with pleural mesothelioma. In more than 50 patients, immunotherapy combined with chemotherapy was superior to chemotherapy alone.

The phase 2 clinical trial that Lamkins is part of was presented during the Society of Interventional Radiology 2020 Annual Scientific Meeting. Interim results of the study showed a median overall survival rate of 8.5 months, a disease control rate of 70.3% and minor side effects, such as mild nausea, with transarterial chemoperfusion.

A potential new second- or third-line treatment option is being studied in the form of gene therapy. The INFINITE trial is looking at an investigational drug in combination with anti-inflammatory and chemotherapy drugs. The therapy is called Adenovirus-Delivered Interferon Alpha-2b, and in earlier clinical trials it extended patients’ lives by 17 months. “This is what I’ve been working on for the last almost 25 years of my career ... what are other ways to stimulate immune responses which can synergize with chemotherapy and immunotherapy,” Sterman says.

There also is excitement in Tumor Treating Fields (TTFields), which uses low-voltage electricity to prevent the cancer from growing. It’s FDA approved in combination with Alimta (pemetrexed) with cisplatin or carboplatin. “It’s like a magnet. These electrical currents screw up polarization and the cells can’t grow or duplicate,” Fontaine says.

Chimeric antigen receptor (CAR)-T cell therapy and PARP inhibitors are being explored for the treatment of mesothelioma, but these clinical trials are very early.

“There has been tremendous scientific progress. Although we don’t have a cure, I remind patients that for people with high blood pressure, rheumatoid arthritis and diabetes, we don’t cure those diseases either,” Sterman says. “We manage them. We turn them into chronic diseases. We can prolong and improve quality of life with these advances.”

Despite feeling beat down by chemotherapy, Shuman remained positive for her daughters, 13 grandchildren and one great-grandchild. She also turned to her faith. “I believe in the power of prayer. I always have,” she says. “Had I known these were symptoms of cancer, I would have seen my doctor sooner.”

Lamkins continues to travel, hitting all but two of the 50 states — Hawaii and Alaska — and changed his diet by eating organic and eliminating sugar. His goal is to outlive a man who lived for 11 years after a mesothelioma diagnosis. Plus, Lamkins joked, “I have a list of stuff that my wife tells me I have to get done, so as long as I have a list, I’ve got to keep chugging along.” 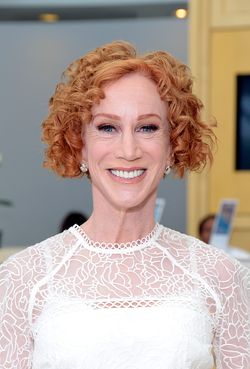 Metastatic Breast Cancer: We Are the Cheated