Offering Hope to Those With Stomach Cancer Who Feel Hopeless

In 2009, Melani Vincelli was stressed to the max: The market crashed, which left uncertainty for her sales job and her husband’s business.

Like most women, she said, she put her husband and son, then 21, before herself. So, when she started to feel pressure under her breast bone she didn’t run to the doctor right away.

By the time she went to her family doctor, she had lost 40 pounds. She was told to go for an endoscopy, and a blood test revealed she was anemic. Doctors believed she had a bleeding ulcer. But the endoscopy revealed something much direr — stage 4 stomach cancer. The cancer had also spread to her liver and a lung.

“I saw a nurse and she was shaking her head like I was doomed,” Vincelli said in an interview with CURE. “I remember thinking, ‘You don’t know who you’re messing with. I’ll die fighting.’”

Vincelli went to a major cancer center in New York City for an opinion on her treatment. There, she was told that she had six to nine months to live and that she should get palliative care and seek out clinical trial options. They also told her she would not be a candidate for surgery. Vincelli didn’t like any of those responses, so she went for a second opinion.

at Rutgers Cancer Institute of New Jersey. After six rounds of chemotherapy, she was cancer free. But to avoid the cancer from recurring, August recommended she have her entire stomach removed — Vincelli didn’t hesitate. On Dec. 7, 2009, she had a gastrectomy. Her esophagus, the muscular tube that connects the throat with the stomach, now goes into her small intestine, which avoids her needing a feeding tube.

Nearly 10 years later, Vincelli is considered a medical miracle by many in the stomach cancer community, including those at Debbie’s Dream Foundation: Curing Stomach Cancer (DDF) where Vincelli serves as the New Jersey South Chapter founder and a member of its Board of Directors.

DDF is a nonprofit organization dedicated to raising awareness about stomach cancer, advancing funding for research and providing education and support internationally to patients, families and caregivers.

Founded in 2009 by Debbie Zelman, the organization — which has 29 chapters throughout the United States, Canada and Germany – hopes to ultimately cure stomach cancer. Like Vincelli, Zelman received a stage 4 stomach cancer diagnosis, but after a nearly 10-year battle she lost her life to the disease, leaving behind her husband and three children.

Her mission remains steadfast today through the people committed to her dream and the patients and their families. Their biggest goal — securing funding from Capitol Hill. Each year members of DDF and patients head to Washington D.C. to advocate for those living with stomach cancer. “Because of Debbie, we went from zero dollars allotted to stomach cancer in 2012 to now being part of the pot with $90 million this year,” Vincelli said. “Debbie was amazing. She was a force to be reckoned with.”

In addition, DDF provides free support to thousands of patients and their families through its Patient Resource Education Program, hosts free education symposia and webinars and has directly funded $1 million in research grants.

Although Vincelli has had to adjust her lifestyle, especially to her diet, she is thankful to be alive and make memories with her family, including its newest member, her 4-year-old granddaughter Scarlet.

She has turned her fight with cancer into advocating for others. Seek second, third and fourth opinions, Vincelli advised. “When I was diagnosed 10 years ago, I didn’t have a ‘me’ to speak to,” she said. “Debbie’s Dream has allowed me to do my calling.” 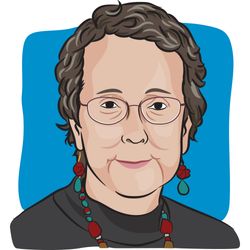