The results, according to the study authors, demonstrate a need to better inform older patients during treatment about survivorship after liver cancer.

Older survivors of hepatocellular carcinoma, the most common type of primary liver cancer, are less knowledgeable and less prepared for life after cancer compared to younger survivors, according to recently published data.

The results, which were reported in Journal of Clinical Gastroenterology, show that more attention should be given to older adults during their hepatocellular carcinoma treatment to prepare them for life after the disease, according to the study authors.

To evaluate their knowledge of survivorship issues, preparedness for the survivorship experience and self-efficacy in attaining medical information while navigating the patient-provider relationship, the study authors administered surveys to 110 hepatocellular carcinoma survivors.

The survey results demonstrated that all respondents were least knowledgeable about survivorship issues. Their responses indicated high belief in preparedness for survivorship and navigating patient-provider relationships. The authors noted, however, that those responses were expected because patients with hepatocellular carcinoma often have cirrhosis prior to their cancer diagnosis and have developed a relationship with their care team.

“By the time patients develop (hepatocellular carcinoma) they have likely achieved a stable and comfortable rapport with their physicians,” they wrote.

Of note, the data also demonstrated that for each age increase of 10 years, the patients’ knowledge of survivorship decreased. The authors explained that older adults with cancer often have a higher likelihood of experiencing comorbidities, and on average are prescribed more than nine different medications. That process, the authors wrote, can lead to a poor understanding in the patients who were prescribed the medication. That’s why, the authors noted, that The Cancer and Aging Research Group has suggested that older adults should have care plans that specifically meet their needs.

“Our data suggest that older patients with (hepatocellular carcinoma) may have gaps in survivorship knowledge, including issues such as knowing which providers to contact with issues specific to their cancer and the purpose and goals of induvial provider visits,” they wrote.

The results also indicated that survivors who completed at least four years of college(31% of the patient population) had a significantly higher knowledge of survivorship issues, compared to survivors who did not.

Survivors who were Black, Asian and classified as other reported feeling significantly more knowledgeable about survivorship issues, compared to Hispanic White and non-Hispanic White survivors. These results, the authors highlighted, differ from other studies, indicating that additional studies are needed to observe if there can be a similar finding or if it is unique to this study population.

The authors also noted that they did not observe an association between male and female respondents and answers to the questions in the surveys. 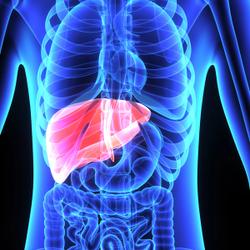