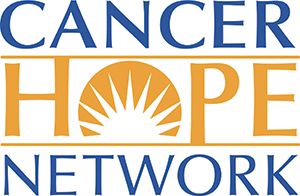 Hope can be a major part of a patient's cancer journey.

“I developed my way of dealing with anxiety in the second grade,” Ed K recalls. “I’ll never forget it. I was in a schoolyard in the fall. My buddies and I are talking about our problems with school. This nerdy little kid comes up and says ‘My parents told me I can’t worry anymore. So I don’t have to worry.’” That was a turning point for Ed. “I started to think about what was really important to worry about. The more I thought about it, the only thing I had to worry about was dying. If something wasn’t going to terminate my life, what was the use of worrying about it? My black eye would go away, my parents would stop being mad at me.”

That philosophy would be tested when Ed was diagnosed with tongue cancer. “The weekend after Mother’s Day, I noticed a lump in my neck. I watched it for a little over a week, and it wasn’t going away, so I went to the doctor. I knew something was wrong when the tech did the test, turned off the machine, ran out of the room and came back with the head honcho.”

That test led to two months of scans, tests and seeing specialists. It ended in a Morristown Medical Center office, where Ed remembers “Dr. Cohen kept saying ‘I’m sorry.’ And I kept asking what stage it was. They gave me eight weeks of radiation, which is the maximum they can do. I asked about surgery and the answer I got was that the tumor is not in a good place. They gave me chemo as cleanup. The worry was there — if the worst comes to worst, you’re going to lose your tongue. You can’t talk. You can’t eat.”

It saved his life, but radiation took a toll and challenged his “I don’t have to worry” outlook. “Radiation has a lot of side effects, primarily a lack of saliva and no taste for food. Everything tasted like cardboard or dirt. It was a pain to eat. Before radiation, they make you drink 72 ounces of water. Drinking 72 ounces of water with radiation sores is hell on earth.” Fitted with a feeding tube, he found relief. “With the tube, you’re fed, you’re hydrated.”

A diligent, committed provider who’d worked since he was 16, treatment brought lots of changes for Ed. His treatment-induced exhaustion was bone-deep. “You’re really super tired,” he recalls. “You have no energy. Everything is a chore. I stopped working and decided to retreat to fight another day. I concentrated full time on getting better.” He stopped work for three months and tried hard to let his wife and others help. Their help remains meaningful to this day. “My brother in law offered to drive me to treatments.”

Married since 1976, Ed’s wife Consuelo was a rock through the entire process. “I remember when we walked out of the doctor’s office after diagnosis, we said ‘we’re going to do this together. We’re going to beat this,” he recalls. “It sounds cliché, but it brought us a lot closer. You cherish the moments together.”

“My wife was extremely supportive. At times, I saw her reaching out and trying to do things for me. I had to make a conscious choice,” Ed remembers. “I’m going to let her help me. I think it’s helpful to her that she’s helping me. There was a lot of guilt associated with my cancer. I felt guilty that I had cancer and that it was impacting my wife.”

His granddaughter was also a source of strength. “She was a year old when I was diagnosed. I lost my own grandfather to cancer a few years before I was born. I was very concerned with not being there for her, with not getting to know her or her not knowing me.”

His fondest wish was simple, “I wanted to have a conversation with the child.” That wish has come true in spades. “Now, I have conversations with her. She comes to the office. She adores baseball and we watch it together.

‘Who’s that PopPop?’ is the sweetest sound in the world.”

Ed now gives back as a Support Volunteer, inspiring hope and reminding fellow patients that there is light and life in their futures. “There’s comfort in knowledge,” he says. “That one of the worst things when you’re facing cancer, the unknown. People go to the internet. There’s some terrible stuff on the internet, especially about oral cancer. It can be very disturbing. But when you’re talking with someone who’s gone through it, there’s comfort. I’ve gone through this. You’re sitting here, talking to me.”

He works hard to keep the worry at bay, to find that perspective he learned so many years ago on the playground. “What am I going to do? Sit here and cry? I’ve always been a goofball, a clown. Nothing’s that serious! It’s a short ride. We should enjoy it.”

Sarah Miretti Cassidy is the Director of External Affairs for Cancer Hope Network. She has spent more than 20 years in nonprofit work — as an ally and advocate, marshaling volunteers and resources for a better world. She has been a cancer caregiver and is trained as a hospice and Support Volunteer.

Planes, Trains & Medical Bills: Getting To & From Cancer Treatment
Advertisement