Scientists research whether cancer stem cells are the key to eradicating the disease.

It was the mid-1990s and cancer researcher John Dick, PhD, now a senior scientist at the Toronto General Research Institute, found that a particular subset of acute myeloid leukemia cells—those most resembling blood-forming stem cells—formed new malignancies when placed in mice. He realized that not all cancer cells were alike.

There is a “pecking order,” he thought, with cancer stem cells at the base. Cancer stem cells, he observed, are essential in both creating and sustaining tumors. That’s how they form new cancers in mice, he concluded. These early findings led scientists to consider that malignant stem cells within a tumor might resist treatment and lead to recurrences.

Now, as cancer stem cell theory gains traction, it is revolutionizing how some doctors think about cancer and how they search for new oncology drug targets.

For Max Wicha, MD, a medical oncologist who heads the University of Michigan’s Comprehensive Cancer Center, studying cancer stem cells is personal. While attending medical school at Stanford University, his mother was diagnosed with breast cancer and underwent extensive treatments. “She never had a recurrence,” he says. “She lived to be 97 years old. That’s the thing about this disease. It’s so variable.”

Back in the 1970s, we didn’t really know what cancer was,” he says. “Clinical trials were based in trial and error, and it was brutal.” He felt drawn to the field because he “wanted a challenge and an area in which new therapies are desperately needed.”

“My feeling was if you’re going to make an impact, you have to understand what was going on with the cancerous cells.”

Wicha, a full professor with a busy lab and an active clinic, was among the first researchers to describe breast cancer stem cells.

These primitive, long-lasting elements—however few—tend to resist chemotherapy and other treatments. “Ultimately, survival may be determined by the relatively small number of stem cells that persist after treatment,” Wicha says. “To permanently eradicate the disease, you have to eliminate the stem cells.”

Some suggest that cancer stem cells are a bit like seeds and key to a tumor’s durability. Like spores of a flowering plant or a weed, these hardy cells can survive a harsh environment once other parts of an organism are diminished or gone. They can persist after the bulk of a tumor is destroyed by chemotherapy and even remain dormant for long periods of time. Then these adaptive, immature cells can spread from one location to another where they bloom.

“Using tumor shrinkage as an endpoint doesn’t make sense if survival and recurrences depend on the stem cells,” Wicha explains. “We’re taking the wrong measurements.”

When she moved to Houston in 1997, Jenny Chang, MD, wasn’t planning to study breast cancer stem cells. Born in Singapore and trained in England, she preferred seeing patients in the clinic.

Before coming to the U.S., she studied predictive biomarkers—molecules that offer clues about a patient’s prognosis. In Texas, she collaborated with Jeffrey M. Rosen, PhD, a molecular and cellular biologist at the Baylor College of Medicine in Houston, who was researching normal mammary gland stem cells and their counterparts in cancer.

In Houston, Chang cared for breast cancer patients from an underserved area where it was common for women to seek medical help after their tumors were quite large; 10-centimeter tumors were not uncommon. Many opted for neoadjuvant chemotherapy, which is given before surgery to shrink the cancers. This preoperative therapy gave researchers the chance to examine the women’s breast cancer cells by biopsy samples before and after chemotherapy.

Chang and Rosen used cell surface molecules that characterized stem cells in the breast biopsies. After treatment, they found the proportion of the molecules with features that may define breast cancer stem cells were enriched. Collaborators agreed that these potentially dormant, chemotherapy-resistant cells should be targeted.

“When you treat cancers with chemo, it’s not just that the percentage of stem cells go up. The absolute number of stem cells goes up, so they are resistant,” Wicha says of his colleagues’ findings.

Stem cells, like other cells, can be triggered and prodded by messages received through countless and varied signaling pathways. These molecular tracks, like a complex subway system, have interconnecting, parallel and sometimes divergent routes. Within each cell these tightly controlled chemical pathways extend from the cell’s membrane, through the cytoplasm to the nucleus, and back. Scientists are working to unlock the specific signaling routes essential to normal and cancer stem cells’ growth.

To find ways to turn off cancer stem cells, Chang and her colleagues applied mathematical and bioinformatics models to screen for compounds that might be effective against cancer stem cells in the database of FDA-approved agents. They identified chloroquine (an old malaria drug) and its derivatives, as potential cancer stem cell killers.

“Chloroquine is an interesting drug,” Chang says. “It exerts its actions through very primitive pathways.”

Working closely with collaborators, she’s in the midst of planning a randomized, multicenter trial of chloroquine in women with advanced triple-negative breast cancer. The plan is to give study participants a taxane, with or without chloroquine. She expects the trial will begin before the end of the year.

Wicha, in Michigan, is thinking forward. Investigations in his lab probe signaling pathways with peculiar-sounding names like notch, hedgehog and wnt (pronounced “wint”) that mediate many cell functions, including stem cell behavior.

“What we’re finding in some tumors is a predominance of one pathway over another,” he notes. “Just as we’re talking about personalized medicine, we have to look at stem cells in each patient’s tumor.”

For this reason, doctors will need an array of drugs targeting distinct pathways. Ultimately, the drugs might be used in combination with traditional chemotherapies in the adjuvant and advanced disease settings. The idea is that most of the dividing cancer cells will succumb to chemotherapy, but the rare resistant stem cell, which would otherwise remain and repopulate the tumor, could be eradicated with stem cell-targeting agents.

We've gone from not understanding it at all, to knowing genetics and pathways and much more.

Benjamin Neel, MD, PhD, a senior scientist at the Ontario Cancer Institute, is among many experts with reservations about the cancer stem cell model. Neel moderated a discussion on the topic at the 2011 annual meeting of the American Association of Cancer Researchers.

“We all agree there’s a subset of resistant cells in most cancers,” he says. The crux of the debate is whether these cells have distinct stem cell properties. It could be, instead, that some mature cancer cells develop survival advantages from random genetic mutations. What’s more, some cancer cells might oscillate between mature and stem-like phases. “These scientific issues need to be resolved,” he adds.

Rosen says stem cells aren’t everything. “The concept that you’re just going to treat the cancer stem cells is naive.” Caveats include cell plasticity, the tumor’s microenvironment and epigenetic factors. “You have to look at the whole tumor complexity,” he says.

Moreover, stem cell therapies may have significant side effects. “Selective toxicity is one of the most basic issues in cancer treatment,” he says. Because the major cancer stem cell signaling pathways are also active in normal stem cells, like other cancer treatments, these inhibitors are likely to affect stem cells in the gut, bone marrow and elsewhere.

Still, Rosen is optimistic: “Although we argue about details and concepts, from a clinical point of view, that doesn’t matter—this research is leading to new insights.”

“It’s a new paradigm,” he adds. “These ideas have brought a fresh approach to oncology. Even my colleagues who’ve been treating patients for a long time are very excited.”

Wicha has been studying breast cancer and seeing patients with the disease since he arrived in Ann Arbor in 1980. The transplanted New Yorker could easily settle into a comfortable life that includes cheering his beloved University of Michigan football team and biking in northern Michigan, where he has a cottage. But he’s still passionate about his research

“Thirty years ago, oncology was one of the least scientific fields in medicine,” he says, upon reflection. “We’ve gone from not understanding it at all, to knowing genetics and pathways and much more.

“But there’s still much more that we don’t know about cancer,” he adds. This means there is much work ahead.

For decades, researchers have examined how primitive embryonic cells mature and eventually form human beings and other creatures. Nonmalignant stem cells are “pluripotent,” meaning they can differentiate, or develop, into specialized, distinct cell types. At the same time, they’re capable of self-renewal—always generating new stem cells. Mature cells, by contrast, have already “decided” what they’ll be—whether that’s a smooth muscle cell lining the small intestine, a super-specialized neuron delivering signals to the brain from smell receptors in the nose or a glandular cell producing milk in a breast duct.

The possibility of cancer stem cells has percolated for almost 50 years. The concept draws on knowledge of nonmalignant stem cells, with scientists borrowing the “lingo” used to describe healthy stem cells in embryos and placental tissues. As researchers in the conventional stem cell field began to better understand the cellular behavior and set of proteins that mark stem cells, they noted parallel characteristics in a small percentage of cancer cells.

Still, a persistent controversy centers on how to define these cells. Most researchers agree that cancer stem cells have the capacity to form new tumors, and can mature into “regular” cancer cells—those that form the tumor’s bulk and, in general, are easier to kill.

Wicha and collaborators completed a phase 1 trial of MK0752 in women with advanced breast cancer and other solid tumors. This drug blocks an enzyme required for activation of the notch pathway. Results from this preliminary, phase 1 trial may be available later this year.

One agent emerging from early trials is a hedgehog pathway inhibitor called vismodegib (GDC-0449). Interest in this drug surged after the New England Journal of Medicine published a pair of reports, along with a positive editorial, in 2009 on its efficacy in advanced local and metastatic basal cell carcinoma and medulloblastoma.

Investigations by Michael Kahn, PhD, a molecular pharmacologist at the University of Southern California Norris Comprehensive Cancer Center in Los Angeles, are focusing on the wnt pathway signaling. This complex pathway—one of the first-described embryonic growth regulators—affects how cells mature in organisms ranging from fruit flies to humans. Over the past decade, researchers have linked defects in wnt signaling to several types of malignancies, including colorectal and breast cancers.

The problem with killing cancer stem cells is that it’s hard to do without destroying normal stem cells. But, “It turns out wnt has divergent effects,” Kahn says. His group identified a compound that exploits this distinction. “It forces cancer stem cells to differentiate, so they become more vulnerable to chemotherapy while nonmalignant stem cells in the bone marrow keep self-renewing.”

Kahn, a chemist by training, utilized in vitro and mouse models to dissect stem cell pathways. “It’s one thing to cure mice,” he says. “It’s another when you see patients responding to an agent you’ve spent a decade developing.” The selective wnt modulator PRI-724 developed by Prism Biolab in collaboration with Kahn’s team is now in a phase 1 trial for patients with advanced pancreatic and colorectal cancers. 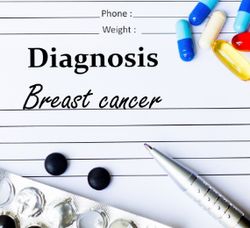