My doctor explained to me I was in what is called “partial remission.” I am well aware that this is temporary, but as I wrote in another article – so is life! While there is no cure for my disease, I choose to appreciate each and every day that I feel good.

My doctor explained to me I was in what is called “partial remission.” What does this mean? Web MD explains this means “The cancer is still there, but your tumor has gotten smaller — or in cancers like leukemia, you have less cancer throughout your body.” Complete remission means all your cancer cells are gone and there is no evidence of disease (abbreviated NED). However, doctors are cautious about using the term “cured” with any type of cancer before five years has passed, because it can come back.

With a blood cancer like mine, myelodysplastic syndrome (MDS), there is no cure and I will never be NED. All my bone marrow biopsies show abnormal cells no matter what. The number of cells on the deletion 5q has gradually increased over the past nine years from 30% to 60% to 90-100%. This means there is a tiny little wrong hook on each red blood cell. But the oncologists have told me not to worry unless the blast cells increase and start to go into leukemia, which it did once. I was put on a powerful Vidaza (azacitidine) shots for two years, which kept the blast cells down and the MDS from worsening into a full-blown leukemia. I know I was one of the lucky ones.

I had no idea how important blood work is until I was diagnosed with cancer. Now I have learned that MDS causes the red blood cells not to carry blood correctly to the body. Results can be inability to walk long distances or climb steps, extreme fatigue and shortness of breath along with other bothersome symptoms. Thankfully the two chemotherapies I was on, Revlimid (lenalidomide) and Vidaza, kept me going! But I never truly felt that I was in remission because of the terrible side effects we all know too well.

After eight years a strange phenomenon happened. My hemoglobin count dropped below 10. I was miserable and could barely function. Going up the stairs to my apartment was impossible without hanging on the rail and pulling myself up step after step. If the hemoglobin part of the blood count is below 10, I was told the protocol is to start on Procrit (epoetin alfa) shots, a medication for the treatment of low red blood cells. My blood levels improved and I felt better than I have since first diagnosed. My energy was back, I could climb steps normally and I was no longer experiencing those awful side effects. The only problems after the shots I experienced were headaches and muscle pains.

I have been fairly warned by the doctors this euphoria won’t last. The average time these shots continue to for work is a year, and I will need to go back on chemo. I feel, like many other survivors, that I am a ticking time bomb.

I don’t even know if the scientific community would technically term this a remission, since the cells are all distorted. But being chemo-free and feeling good, I choose to call it that. I am well aware that this is temporary, but as I wrote in another article — so is life!

The definition of reprieve is “A temporary escape from an undesirable fate or unpleasant situation; or to give relief or deliverance for a time.” I have also been told there are new chemotherapies out there I can try in order to stay alive when my reprieve ends.

So yes, I will use the word remission or reprieve and go for a walk instead of a nap. Cancer survivors learn to appreciate every day and that is good enough for me! 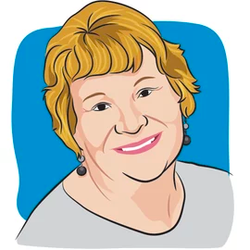 My New, Side Effect-Free Cancer Treatment Makes Me Feel Like 'a Kid in a Toy Store'