While Penile Cancer is Rare, Men Should Be Aware

A woman shares her late husband’s journey with advanced penile cancer to help others receive a diagnosis early, when the disease is still highly treatable and even curable.

Chris Ehring died 11 weeks after learning he had penile cancer. He had been receiving treatment for only five weeks.

His wife, Kinnet Ehring, is left to face the emotional aftermath, and she has responded by reaching out to others to raise awareness about the condition.

Diagnosed in just over 2,000 men in the United States each year, penile cancer is curable in early stages with appropriate treatment, but it’s exceedingly rare, which is why men often don’t recognize it or seek immediate medical care. Many also don’t know that it almost exclusively affects uncircumcised men or that a major risk factor is HPV infection, which can sometimes be prevented with a vaccine. Other known risk factors include chronic inflammation, obesity, HIV/AIDS, tobacco use, UV light treatment for psoriasis and age.

Aside from his age, 73, Chris didn’t have any of those risk factors.

Initially, multiple physicians treated Chris with antibiotics for what they assumed to be an infection, and Kinnet remains upset about how long it took for him to receive an accurate diagnosis: stage 4 penile cancer that had spread to the inguinal lymph nodes in his groin and to his thorax. She also believes that treatment should have been started sooner once the condition was determined to be advanced, late-stage cancer.

Kinnet, of West Barnstable, Massachusetts, sat down with CURE® to discuss her late husband’s experience with penile cancer and the need for greater awareness about the disease. Her goal: for other men to learn from Chris’ experience so they can receive prompt diagnosis and treatment.

CURE®: What led up to your husband receiving his diagnosis?

Kinnet Ehring: Chris had had a lot of pain and a burning sensation in his penis, starting around late

December or early January. On Jan. 17, he went to see his primary care physician, and I have some issues with this particular doctor. He did not even examine Chris’ penis. He said he thought it sounded like a urinary tract infection and put him on antibiotics.

The primary care physician suggested that he call a urologist, but he couldn’t get an appointment until three weeks later. The doctor didn’t call the urologist himself and make an emergency appointment — even though Chris had a history of bladder cancer back in 2004, which he beat. I think every medical care professional should always think to him or herself: “This could be cancer.” That should be the default position.

Part of the problem is that penile cancer is an orphan malignancy because it affects fewer than 200,000 people in the United States, so many people have never even heard of it.

Chris saw the urologist for the first time on Feb. 12, and by then his penis had gotten more ulcerated. And so what did the urologist do? Put him on a higher and stronger dose of antibiotics and told him to come back the following Tuesday. When there was no improvement, he admitted Chris to St. Elizabeth’s Medical Center in Boston.

Over the next couple of days, their focus remained on some type of infection. Finally, on Friday, Feb. 21, they did a biopsy on him, and it came back positive for squamous cell carcinoma in both his penis and his lymph nodes. A CT scan showed that the cancer had also spread to his chest. He was discharged on Feb. 27 with a plan to go back on March 10 for a PET (positron emission tomography) scan and to meet with a medical oncologist from Dana-Farber Cancer Institute through St. Elizabeth’s satellite location.

What was the course of his treatment?

The PET scan pretty much confirmed what the CT scan had shown a couple of weeks prior to that.

During the appointments with the medical oncologist and urologist, they said basically the same thing they said before he was discharged from the hospital. The plan was that he was going to start treatment there on March 25, so now we had to wait again. And I was getting really anxious because nothing was being done and the cancer could have been growing.

Because the disease was so advanced, potentially curative surgery to remove part or all of the penis was not an option. Chris’ treatment with radiation five days a week and chemotherapy weekly started on March 25 at Cape Cod Healthcare’s Davenport Mugar Cancer Center and was supposed to end around May 7. Then he was going to take a two-week break before he started his second round of a double dose of chemo with no radiation treatment. We never got to that point. As a matter of fact, he died the day after he was supposed to have received his last radiation treatment.

You’ve said that you don’t feel your husband’s care team gave him the information he needed to choose the best treatment plan. What went wrong?

There was never really any discussion of Chris’ prognosis or objectives. I think, had he known he was going to die so quickly, that he might not have opted for the radiation treatment because it was so incredibly excruciating for him.

Every time I drove him to treatment, which was every morning, I had to make sure I avoided every crack in the road. The railroad tracks were a big challenge. I used to take them very, very slowly, and one time a guy behind me in a pickup truck honked his horn and passed me and flipped me the bird because I was taking too long to go over the railroad tracks. But I had to do that because Chris was in so much pain. It was just a horrible experience for him. I feel so bad that he had to go through that only to be gone.

I’m still at a loss as to why he went so quickly. I’ve asked his oncologist to set up an appointment to meet with me to give me a postmortem as to what happened and why he died so quickly.

What is your advice to others who might have unexplained penile symptoms?

If there’s anything you see on your penis that looks as if its characteristics have changed, such as swelling, changes in color or lesions, go see a doctor, preferably a urologist, immediately. And if the doctor’s opinion is that it’s a UTI, insist that he examine it even if he doesn’t want to. If he doesn’t want to, then he’s in the wrong line of work.

And just be aggressive about self-care. Women give themselves monthly breast examinations; maybe men should do the same with their penises. I’ve done a lot of reading on this, and I learned that a lot of men have unnecessarily died from penile cancer because they were too embarrassed to show their penis to a doctor. And that’s just silly.

Again, I also think that every doctor should take this default position with patients who come in complaining of pain: They should all say to themselves, “This could be cancer. Other things cause pain too, but let’s rule out the cancer first.”

Besides speaking with CURE®, what are you doing to help raise awareness about penile cancer?

If you ask the average person if they’ve ever heard of penile cancer, they’ll say, “No, I never even knew you could get cancer there.”

Even some doctors may not know about this condition, so this should be part of continuing medical education. Because the disease doesn’t get enough attention, I started a giving page, and we’ve raised over $5,300 for the Dana-Farber Cancer Institute. My goal is to get to $10,000, and I hope I reach that goal within the year.

I’ve also talked to Dana-Farber’s philanthropic division about organizing an event to raise money and awareness, like maybe a regatta, because my husband was a big racing sailor who was very active in all sorts of regattas throughout his life.

The proceeds will go to Dr. Guru P. Sonpavde, a genitourinary oncologist who directs the bladder cancer program at Dana-Farber, and whom really Chris liked during the one telehealth visit they had. The funds will be used for a two-prong purpose: One is to raise awareness among doctors that penile cancer exists. The other is to investigate the best ways to treat it. 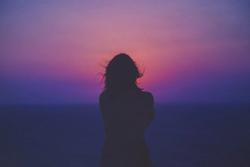 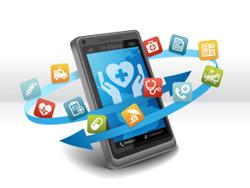 Could Your UV Manicure Increase Your Risk for Skin Cancer?

When an Oncology Nurse is ‘Created to be a Healer’