The results of an ongoing study designed to reveal genetic characteristics linked with the development of cholangiocarcinoma could pave the way for more accurate prognoses, as well as new treatments.
BY Beth Fand Incollingo
PUBLISHED July 28, 2020
A large study has begun homing in on genetic characteristics that might predict the development of bile duct cancer, or cholangiocarcinoma, in individuals.

Researchers expect the genome-wide association study to reveal genetic factors that can predict risk of the disease in people with or without primary sclerosing cholangitis (PSC), a known precursor of cholangiocarcinoma. They anticipate that these findings will better allow the prediction of health outcomes in patients with cholangiocarcinoma.

Information regarding the study was presented during the virtual Cholangiocarcinoma Foundation Annual Conference by Dr. Lewis R. Roberts of the Mayo Clinic in Rochester, Minnesota. 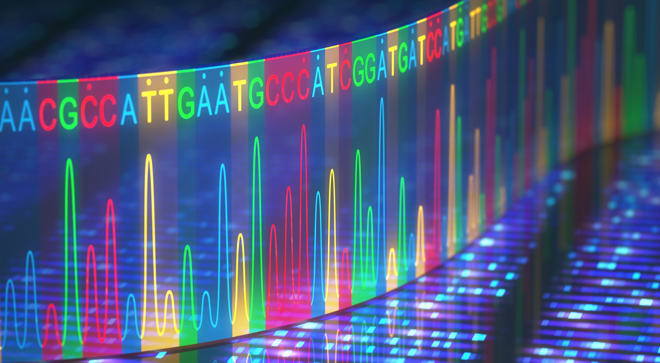 “We expect that our findings will open new avenues of research into the molecular pathways involved in both non-PSC and PSC-related cholangiocarcinoma,” Roberts said. “The positive impact of our findings will be the identification of important genetic risk factors that may influence new stratification, staging and prognostication strategies in cholangiocarcinoma and the development of targeted therapy and preventive interventions for this disease.”

The rationales for the study include a current lack of knowledge about the percentage of cases associated with inherited factors and the success of recent genome-wide association studies in finding gene variations linked with risk for other cancer types, including colorectal, breast, lung, pancreas, brain and melanoma, Roberts said.

The study, he said, is the first large genome-wide association probe in biliary tract cancers whose design will allow the detection of statistically meaningful links between gene variations and these cancers in patients of European descent.

The study will focus on identifying important genetic characteristics by looking at single nucleotide polymorphisms, or SNPs, which are the most common type of genetic variation among people. According to the National Institutes of Health (NIH), each SNP constitutes a difference in a single nucleotide, or DNA building block. SNPs occur throughout a person’s DNA and may be common to others or unique, with a total of four or five million in each person’s genome and more than 100 million in the world’s population. SNPs can act as markers that help scientists locate genes linked with disease or inherited predisposition to it.

In its discovery phase, the study looked at more than 600,000 genome-wide SNPs in 2,600 patients with cholangiocarcinoma and 600 patients with gallbladder cancer, comparing the profile of each patient to those of three people who did not have those cancers. Genomic information was tested using blood, saliva or a cheek swab in patients from an array of countries, with the largest group coming from the United States.

To validate the results of the study’s first phase, the National Cancer Institute (NCI) will look at SNPs in 3,000 to 6,000 patients with cholangiocarcinoma and 9,000 people without the disease, whose data will be supplied by more than 30 participating institutions. This will involve concentrating more closely on the top SNPs identified in the first phase and identifying additional SNPs that reach statistical significance.

Finally, researchers will examine the results of whole-genome sequencing of 1,800 patients with cholangiocarcinoma and 1,800 healthy people to identify rare coding variants that raise the risk of developing the disease.
Whole-genome sequencing provides a more complete investigation of a person’s genetic characteristics compared with SNP testing, and in these patients and controls, it might reveal glitches too rare to show up in typical genomic assessments, Roberts said.

Findings and Next Steps

Roberts detailed outcomes of the first phase, focusing on 2,412 participants of European descent. Each of those patients was matched with three cholangiocarcinoma-free participants enrolled in the Prostate, Lung, Colorectal and Ovarian Cancer Screening Trial, he said, “which had genotyped several tens of thousands of individuals who could serve as controls for us.”

Other SNPs stood out as being associated with cholangiocarcinoma across the whole study population and some were linked specifically with intrahepatic disease, but none of those reached statistical significance, he said.

Next, researchers will seek to replicate their findings in partnership with the NCI.

Using the largest-ever collection of European, East Asian and African ancestry samples, the researchers will look for genetic variations that predispose people to the development of gallbladder cancer. Finally, they will conduct a pooled analysis with the goal of identifying genetic factors that contribute to the development of both cholangiocarcinoma and gallbladder cancer.
Be the first to discuss this article on CURE's forum. >>
Talk about this article with other patients, caregivers, and advocates in the Liver Cancer CURE discussion group.