As the Philadelphia Eagles and New England Patriots fight for claim over the Super Bowl trophy tonight, two lung cancer survivor advocates are in Minneapolis fighting for another reason: to raise research and awareness dollars.
BY Kristie L. Kahl
PUBLISHED February 04, 2018 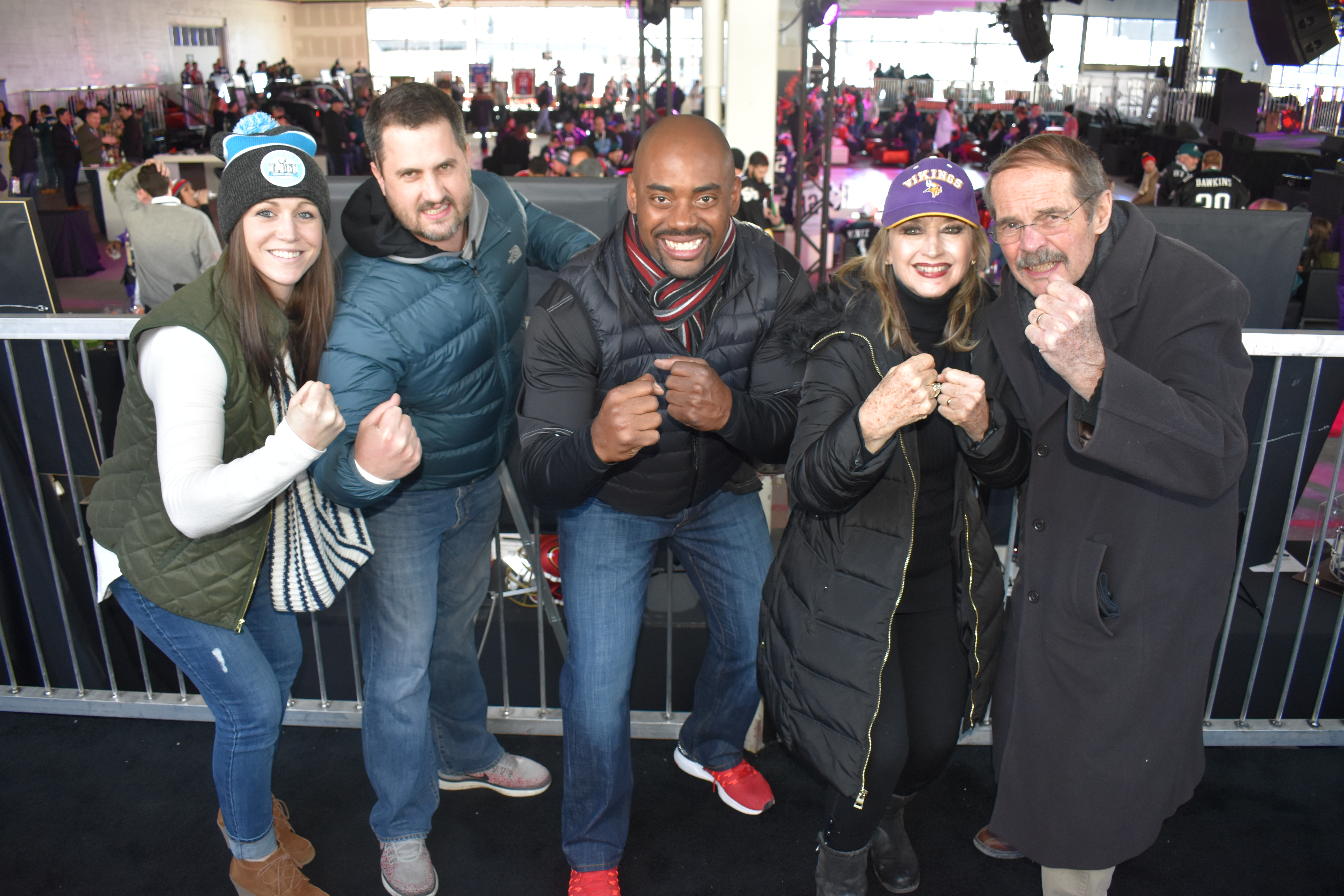 Matt and Jen Arensdorf, founder Chris Draft, and Linda and Jerry Wortman attend Super Bowl LII to help raise awareness and funds for lung cancer.
As the Philadelphia Eagles and New England Patriots fight for claim over the Super Bowl trophy tonight, two lung cancer survivor advocates are in Minneapolis fighting for another reason: to raise research and awareness dollars.

“The Super Bowl Challenge gives us a unique opportunity to use the overwhelming media coverage surrounding the Super Bowl as a platform to raise critical public awareness about lung cancer on an international level,” Draft said in a press release. “With the game as a backdrop, we can use each survivor’s story to weave a broader narrative about the state of lung cancer and the hope that now exists for those battling the disease.”

Participating survivors of the challenge – which is intended to raise funds for public awareness and cutting-edge research – who raise more than $1,000 may commit 50 percent of their funds raised to a lung cancer organization or cancer center of their choice while survivors who raise more than $5,000 can commit 80 percent of the funds they raise to the lung cancer organization of their choice. 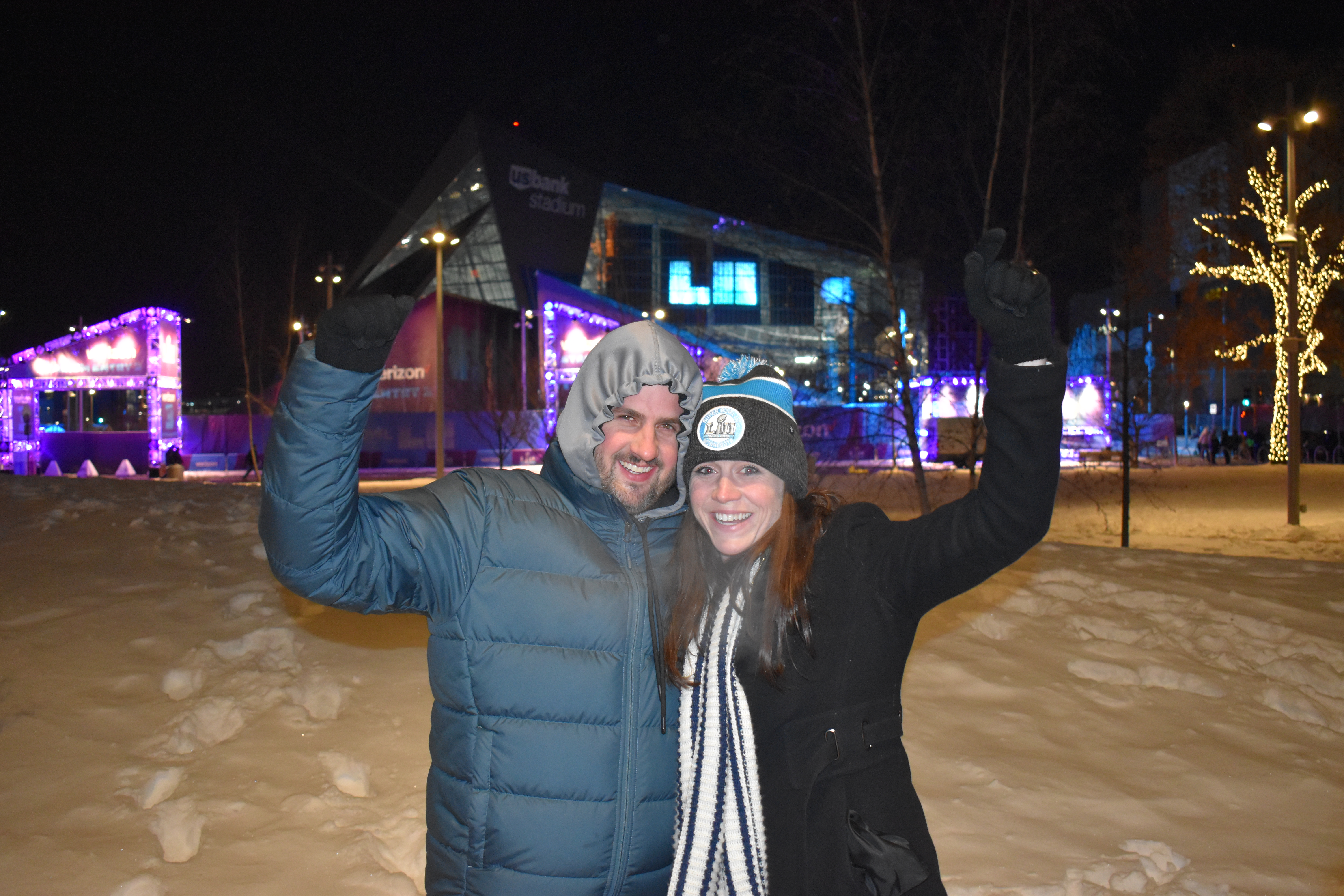 Matt and Jen Arensdorf enjoy their time in Minneapolis at Super Bowl LII as they help fight lung cancer.
Wortman, a Minnesota native, will have 80 percent of the funds she raised during the Challenge go to the Mayo Clinic in Rochester, Minnesota. “Jan. 11, 2018 marks the 10-year anniversary of my lung cancer surgery and of being a survivor,” she said. “I am honored to be a 2018 Super Bowl Challenge winner and I want to be a strong advocate and positive presence representing all survivors throughout the remaining weeks of the Challenge.”

Arensdorf, a two-year lung cancer survivor from Colorado, elected to direct 80 percent of the funds he raises during the Challenge to the Lung Cancer Colorado Fund at the University of Colorado Cancer Center in Denver.

“The Super Bowl Challenge is an amazing way to not only raise funds for lung cancer research but bring much-needed awareness to the disease. Getting to go to the Super Bowl is the cherry on top,” he said. “We are incredibly excited for this opportunity and can’t thank everyone enough who helped us get here.”

Be the first to discuss this article on CURE's forum. >>
Talk about this article with other patients, caregivers, and advocates in the Lung Cancer CURE discussion group.