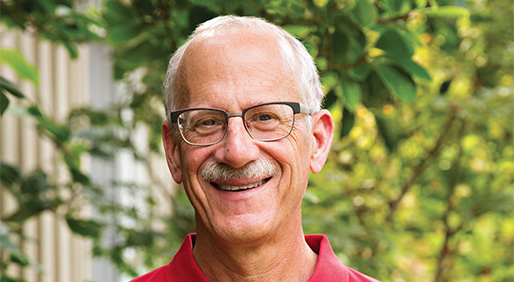 Physicians predicted that he’d probably live about eight more years. After three years on a wait and watch protocol, in 2013, his doctors gave him the standard treatment at that time, a course of chemotherapy. He relapsed in 2015, and by June of that year he was losing weight and feeling terrible. He tried one targeted drug, Imbruvica (ibrutinib) but had severe side effects that resulted in abdominal surgery which revealed many cancer nodules and masses. At that point, Saltzman says, he and his medical team knew he was in serious trouble.

While waiting to be accepted into a clinical trial, his doctor advised that he try simultaneously taking two oral drugs that had not yet been tested in combination. This worked in a different way from all the treatments he’d had up to that point. He responded.

Now Saltzman feels well enough to lead a big data initiative to design and build a national patient registry sponsored by the Leukemia & Lymphoma Society (LLS). The first phase of this project has been launched as the LLS Community.

“As a patient, I’m encouraged. I’m almost jubilant,” Saltzman says. “I’m going to beat that eight-year prognosis, and I’m going to beat it because of new treatments that didn’t exist when I was diagnosed. Each therapy, I view as a bridge to the next. I hope that each bridge I’m on gets longer and longer, because that’s what’s been happening.”

Brian Koffman, M.D., a family doctor and medical director of the CLL Society, a patient-education nonprofit organization, has had CLL for 12 years. “There’s never a good time to have CLL,” Koffman says, “but if you do have it, there’s never been a better time. They have cracked the biology of the disease, and there is now a flood of breakthrough therapies. However, not all patients are consulting doctors who are aware of this change. Patients may need to advocate for themselves. At the CLL Society, our motto is: Smart Patients Get Smart Care.”

CLL is a type of blood cancer, most commonly diagnosed in adults, that affects a type of white blood cell, a B lymphocyte, which grows in bone marrow. The disease often progresses slowly, although a faster-growing variation — SLL — tends to keep these lymphocytes from maturing properly. With SLL, these cancerous, immature B cells congregate in the lymph nodes rather than the bloodstream.

A decade ago, treatment options for CLL were depressingly limited. Since many cases progress slowly, patients might simply “watch and wait,” often for years, until their disease progressed enough to merit action. Patients could then opt for a type of chemotherapy such as fludarabine, cyclophosphamide and rituximab (FCR). If FCR didn’t work, further chemotherapy could be given. If the patient was healthy enough, the only other option was a harrowing bone marrow transplant. 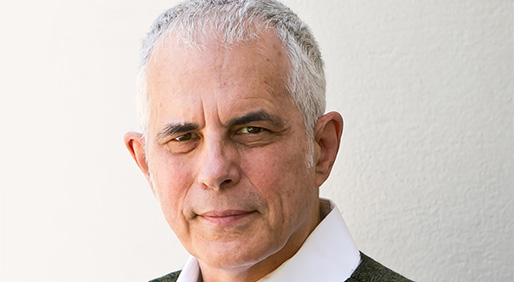 BRIAN KOFFMAN, M.D., a family doctor and patient, says there is now a flood of breakthrough therapies in CLL. - LEAH LEE PHOTOGRAPHY
All that has changed. Research in the past 10 years has identified many targets that can kill the deranged CLL cells. Some of these are markers on the surface of cells. Some affect proteins that govern normal cell death. Still other treatments enlist the power of the body’s immune system to find and kill cancerous B cells.

Meanwhile, clinical trials are exploring the safety and efficacy of combining these various new treatments in myriad ways, as well as finding out if new immunotherapy approaches that have worked in other cancers might work for CLL. Specialists say we are entering an era in which CLL treatment is not one-size-fits-all but, instead, tailored to the biology of each person’s disease, depending on markers and genetic mutations. Chromosomal abnormalities are detected in up to 80 percent of patients with CLL.

“Two things have really changed: first, our ability to predict risk, and second, the number of choices in terms of therapy,” says Gwen Nichols, M.D., chief medical officer at the LLS. “All of a sudden, you’re a kid in a candy shop with a whole bunch of approved drugs.”

Traditional CLL staging systems — Rai, preferred in the United States, and Binet, used in Europe — relied on broad indications of disease burden: the amount of cancerous lymphocytes; whether the lymph nodes, liver or spleen was enlarged; and whether red blood cell or platelet counts were affected.

Research has begun to characterize each CLL case with a more biological view, helping doctors predict which cases will be slow growing and acute and which are most likely to respond to various treatments. For instance, if tests show changes in chromosomes — the bundles of proteins that contain our genetic code — especially in chromosome 17 or 11, that calls for more aggressive treatment. But patients with a 17p deletion are unlikely to respond to chemotherapy, and the current standard is to use novel, approved therapies, experts say. Another worrying change is Richter’s transformation, also called Richter’s syndrome, which occurs when CLL morphs into a more virulent malignancy — a form of non-Hodgkin’s lymphoma — and affects 2 to 10 percent of all patients with CLL/SLL during the course of their disease.

However, if a case of CLL shows a mutated gene for the immunoglobulin heavy-chain variable region, or IGHV, which essentially tells how mature the cancer cell is, that improves odds and makes it more likely that the patient will respond to FCR chemotherapy. A deletion in part of chromosome 13 also improves the outlook.

Clinicians now recommend that all patients with CLL get some sort of genetic screening, such as fluorescence in situ hybridization, or FISH, testing, which can map the genetic material in CLL cells to determine which treatment is most likely to work.

“The reason we [the CLL Society] exist is that many patients don’t get tested, or they may be tested, and the doctors still choose the wrong therapy,” Koffman says. “The developments are coming fast, and the news hasn’t got down to community hematologists. That’s why one of our mottoes is, ‘Test before treat.’”

The first class of drugs to create excitement among CLL specialists works by interfering with B-cell receptors. These receptors are crucial if B cells are to do their job, or proliferate; they also play a key role when B cells go rogue and turn cancerous. Various new drugs take advantage of this by jamming this signaling system, creating agents that bind to receptors and block those that allow cancerous cells to multiply, or by interfering with kinases, enzymes that play a role in amplifying or tamping down B-cell signals.

Imbruvica, an oral drug that is approved by the Food and Drug Administration (FDA) for all stages of CLL, blocks Bruton’s tyrosine kinase, or BTK, and inhibits several other kinases. In initial studies, 70 to 80 percent of patients (even those with bad markers) responded to the drug, 5 to 10 percent achieved complete remission, and 60 to 70 percent achieved partial remission. Most patients survived 2.5 years without progression. The median number of therapies tried before starting Imbruvica was four, making this a game changer for those with more advanced, such as relapsed or refractory, CLL. For patients with 17p genetic mutation, this is a first-line treatment.

Zydelig (idelalisib), another FDA-approved oral drug, blocks phosphoinositide 3-kinase (PI3K). PI3K mediates the pathway that is critical for the survival of B cells and often is overactivated in CLL. A phase 3 trial showed that Zydelig was most effective when administered along with Rituxan (rituximab), an approved monoclonal antibody. “In all phases of CLL treatment, chemo is fading away,” says Nitin Jain, M.D., of the department of leukemia at MD Anderson Cancer Center in Houston. “Some younger patients with the IGHV mutation might do well on chemo, but for all other patients, including those with relapsed refractory disease, the standard would be to use one of the new targeted therapies, one that is FDA approved or in clinical trials.”

Rituxan has become a standard part of treatment for CLL and a component of FCR chemotherapy, and is used in combination with various new, targeted therapies. The monoclonal antibody binds to a certain marker, CD20, on the surface of CLL cells. It is thought that through this action, the drug flags those cells for destruction by the body’s immune system.

Koffman initially responded to the combination of Rituxan and a chemotherapy drug before doing a bone marrow transplant, and then one of the BTK inhibitors. Another anti-CD20 monoclonal antibody, Gazyva (obinutuzumab), has been approved as a first-line treatment for CLL in combination with the chemotherapy drug chlorambucil, and Arzerra (ofatumumab) has been approved in later lines of therapy.

Venclexta, another drug recently approved by the FDA, targets the B-cell lymphoma 2 (BCL-2)protein that blocks a process called apoptosis, or programmed cell death. Cells throughout the body regenerate, making it necessary for older cells to die off so that they can be replaced with new cells. Unfortunately, patients with CLL have more of the BCL-2 protein, so their CLL cells resist normal cell death. Venclexta blocks the protein, clearing the way for the rogue CLL cells to die. 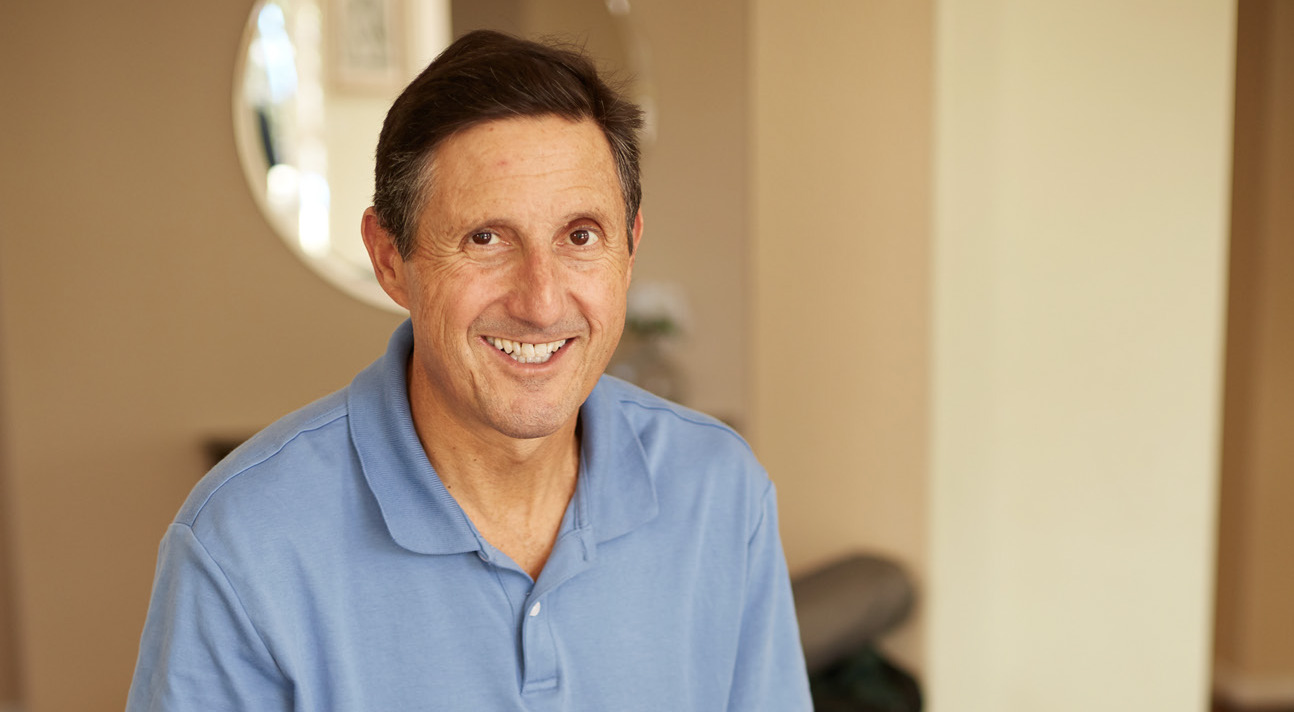 MARK HOFFMAN, patient - PHOTO BY ROB ANDREW
ON THE HORIZON

With so many new markers and possible treatments and literally hundreds of clinical trials under way, patients with CLL can expect even more options to be approved in the next few years.

Some teams are investigating second- and third-generation BTK inhibitors with more exact targeting. There have been phase 2 trials of another inhibitor, selective spleen tyrosine kinase, but two trials were halted due to serious side effects such as pneumonitis, or inflammation of the lung tissue.

Although the data from Imbruvica and Zydelig are heartening, it’s rare that a patient has a complete response when taking these drugs alone, experts say. Accordingly, many trials, some as far along as phase 3, are comparing different dosing schemes and using these agents in combination with other treatments, such as chemotherapy or various monoclonal antibodies. Mark Hoffman, 53, a tech salesman in San Diego, has a 17p deletion in addition to other high-risk genetic markers. His white blood cell count peaked at 90,000 (the normal range is 4,500 to 11,000 per microliter). In January, Hoffman began a clinical trial combining Imbruvica with Venclexta. “My blood cell counts are down to normal now,” says the married father of three. “I can work, and I can continue to enjoy backpacking, cycling and other activities.”

Researchers are also exploring different targets for monoclonal antibodies, including different forms of CD20, the target for the FDA-approved Rituxan. They are also looking at completely new targets for monoclonal antibodies including different cell surface proteins: CD37, CD23, CD19 and CD79-B. In the long term, Nichols says, experts are searching for more biomarkers: “We’re now moving from initial risk biomarkers to those that predict the risk of relapse.”

“People are living longer,” Koffman says. “Research is ongoing to find combinations to eliminate the disease with no chemo and to be able to stop therapy without fear of relapse. Then, and only then, we might say that CLL is cured.”
Be the first to discuss this article on CURE's forum. >>
Talk about this article with other patients, caregivers, and advocates in the CLL CURE discussion group.