People with cancer are encouraged to engage in honest, early discussions about diet with healthcare providers, not only to help them feel better during treatment, but also so that they will worry less.

Louisiana oncologist Gerald Miletello has been treating patients with cancer for three decades and given many people the awful news that they have cancer. “The first question of nearly every patient is ‘What should I eat?’” Miletello says. “They all want to know how to eat.”

That issue, especially the subject of dietary fats, is not always an easy one for patients to navigate on their own. An option for people who have cancer is to engage in honest, early discussions about diet with health care providers, not only to help them feel better during treatment, but also so that they will worry less.

“There are all these huge debates right now about fats, saturated fats, unsaturated, polyunsaturated, monounsaturated,” says Cynthia Thomson, director of the University of Arizona’s Canyon Ranch Center for Prevention & Health Promotion. “It gets very confusing for the consumer, and some patients are afraid to eat anything.”

And that’s the last thing she or Miletello want. Patients undergoing chemotherapy, radiation or surgery need energy. Some treatments can cause nausea, vomiting or diarrhea, which can make it challenging for a patient to maintain energy or even a healthy body weight.

“When you start treatment is usually not the time to make a radical change in your diet,” Thomson says. “In some cases, we might talk about avoiding comfort eating, but in general, this is a time for moderation.”

Miletello and Thomson agree that a cancer diagnosis can be a wake-up call for people who need to change their diets in the long run. Obesity, which is sometimes associated with high levels of fat consumption, can increase the risk of developing certain cancers. And, both experts say, there is evidence that, overall, low-fat diets are better for people dealing with cancer. For some cancers, eating low-fat diets could lessen risk of recurrence. A study published in April 2013 in the Journal of the National Cancer Institute (JNCI) states that women who survived breast cancer and consumed low-fat dairy products, for example, had a lower risk of recurrence and mortality than those who consumed high-fat dairy, although the link to recurrence was not deemed statistically significant. The authors of another more recent study published in the JNCI surmised that the effect was probably due partly to the relationship of fat and estrogenic hormones, known to play a role in many breast cancers; estrogen hormones are more prevalent in high-fat than in low-fat foods. However, there is an ongoing controversy as to whether the types and amount of fat, versus simple carbohydrates or sugars, are the real culprits for obesity in general and for related con- ditions such as coronary disease—so the same uncertainty could apply to cancer outcomes.

Another study followed men who had prostate cancer to see if higher consumption of fat was associated with poorer outcomes. The study found that saturated fat and the fatty acids α-linolenic acid (ALA) and eicosapentanoic acid (EPA) “were related to the risk of advanced or fatal prostate cancer but not to nonadvanced prostate cancer.”

“So for some patients, I might say, ‘OK, let’s talk about that high-fat latte with extra sugar,’” Miletello says. “‘Maybe cut the creamer by half, or use cinnamon instead for flavor.’”

Miletello has compiled food suggestions in Eating Well Through Cancer: Easy Recipes & Recommendations During & After Treatment. Co-authored by Holly Clegg, the book combines quick, basic recipes with clear advice for people with cancer. For example, patients on chemotherapy may find that the fats in avocados or nuts cause less nausea than saturated fats, Miletello says. 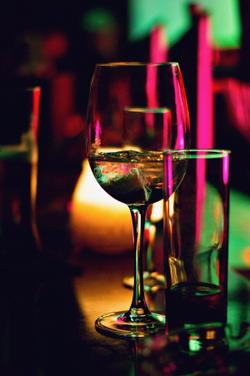 Keeping Faith After a Sarcoma Diagnosis