Under the Spotlight: Patients Speak Up About Gynecologic Cancer Side Effects

Patients speak up on the rarely discussed side effects of gynecologic cancers.

After enduring two surgeries that amounted to a complete hysterectomy and the removal of both ovaries, Dionne Shepperson was thrown into early menopause at 44. The mom of a 4-year-old, she had considered herself young before her surgery.

“I felt like I woke up at 65,” says Shepperson, who received a uterine leiomyosarcoma diagnosis in May 2018. She found herself dealing with hot flashes, night sweats and disturbed sleep, which she says required a huge adjustment.

“On a psychological level, I’m just trying to figure out who this new woman is. There are days when I don’t feel like a woman. (I lost) that sense of sexiness you feel when you’re combing your hair — that spark,” says Shepperson, who lives in Richmond, Virginia. “I’m still trying to find that again.”

Shepperson’s emotions reflect those of many women with gynecologic cancers. Patients and survivors grapple with feel&shy;ings of isolation, depression, distress and anxiety; sexual dysfunction; infertility; body image issues; and fatigue and pain. The changes to their body, coupled with the fear of recurrence, make it difficult to snap back to how they felt and functioned before their diagnosis. When family, friends and colleagues, who may have been supportive during surgery and treatment, expect a return to normal, survivors can feel especially misunderstood and alone.

Dionne Shepperson with her daughter, Amira Shepperson-Wood, faced fatigue and fear of recurrence.

Gynecologic cancers, which involve the female repro&shy;ductive system, include ovarian, endometrial/uterine, cervical, vulvar, vaginal and fallopian tube cancer. Six percent of all new cancers diagnosed this year will be gyne&shy;cologic, affecting more than 100,000 women, according to the American Cancer Society.

Unlike patients with breast cancer, which affects more than 260,000 women in the United States each year, women with gynecologic cancers struggle to find advocacy and support. Breast cancer awareness and fundraisers have led to early detection and more research for this disease; however, gynecologic cancers are rarely discussed, even by women in active treatment.

The public looks at cancer in stark terms — diagnosis, treatment, cure or death. But for a growing number of people, gynecologic cancer has become a chronic illness, says Sharon Bober, Ph.D., director of the sexual health program at Dana-Farber Cancer Institute in Boston. “People live with the distress, the psychological worry, the adjustment to quality of life, and that is not always an easy, feel-good chapter in the whole book,” she says. “We live in a culture that doesn’t allow for narratives that are more complex.”

Survivors would feel less isolated if their family and friends allowed them to have a balance of emotions, including less upbeat feelings like worry, loss and distress, Bober adds.

Shepperson, now 45, says that when she returned to work after surgery, she still experienced extreme fatigue and fear of recurrence. She began bringing healthier lunches to work, and a fellow teacher chided her for eating an organic salad. Shepperson, a single mom, replied that she had a daughter to consider. “Her comment was ‘We’re all gonna die sometime,’” Shepperson says.

Another day, after Shepperson had a mini meltdown at work prompted by fear of leaving her daughter motherless, her boss pulled her aside and asked why she was still upset. “She (asked), ‘Didn’t they take it out?’” Shepperson recalls. “It was kind of frustrating, having that conversation.” Still, she understands the reasoning behind that assumption: “(Before getting cancer,) I think my understanding also used to be ‘Well, you took it out, so it’s gone.’”

COPING WITH SEXUAL SIDE EFFECTS

The mental, emotional, social and spiritual effects of a disease such as cancer are known as psychosocial concerns, according to the National Cancer Institute. Mental and emotional health can be affected by not only the disease itself but also the side effects of treatment like surgery, radiation and chemotherapy.

Sexual dysfunction affects 75 to 90 percent of women treated for gynecologic cancer, Bober says. Like Shepperson, some women experience sudden menopause and estrogen depletion from chemotherapy. Pelvic radiation may lead to thinning, drying and inflammation of the vaginal wall. “Women experience pain, loss of desire, loss of arousal and (the) inability to have an orgasm,” Bober says. “These are not uncommon problems, but we don’t really talk about them.”

That includes physicians, who may not be comfortable with the topic, says Timothy Pearman, Ph.D., director of the Supportive Oncology Program at the Robert H. Lurie Comprehensive Cancer Center and a professor at Northwestern University Feinberg School of Medicine in Chicago. “Research shows that women don’t bring it up because they want their medical team laser-focused on curing their cancer,” he says. “They fear that pointing out unpleasant side effects will cause their physician to cut back on their treatment.”

Tina Vetreno’s cervical cancer was caught early, when she was 31 and had been married just four years. She had always wanted to have children. But after three surgeries to remove her cervix and lymph nodes from her pelvic area, Vetreno learned that if she got pregnant, she would need complete bed rest for her entire pregnancy and still face a high risk of miscarriage. She and her husband felt they couldn’t handle the emotional toll that would take.

After seven years of horrific pain with every period, Vetreno needed a full hysterectomy. Not only was that emotionally difficult, but the surgeries and medication robbed her of her sex drive. Her husband felt she was pushing him away, she says. “That has done so much damage to our relationship. We love each other very much. We see a marriage counselor together. We’re strug&shy;gling to get back to where we were before,” says Vetreno, 41, of Sudbury, Massachusetts. “We are trying very hard to work through the process so we don’t resent each other. It’s a challenge.”

Meanwhile, she is trying to work through her feelings. “You question yourself. You are not a whole woman. I felt like I can’t be there for my husband physically,” she says. “The piece that a lot of people don’t understand is how stressful and hard that is for the individual.”

Tina Vetreno lost her fertility because of cervical cancer, but found support from women who had been through a similar situation.

If a woman doesn’t get good care for her vaginal health, that will affect her and her partner’s quality of life, says Heidi Donovan, Ph.D., RN, a professor at the University of Pittsburgh School of Nursing. She recommends that women who have had radiation to the cervix or vagina get a vaginal dilator. Other ways to treat sexual issues from cancer treatment include hormone pills or a patch that can ease vaginal dryness and hot flashes, as well as water-based lubricants and vaginal moisturizers.

Women need to take both a physical and psychosocial approach to treatment, Donovan says: “Either one alone is not enough. Physical problems can lead to anxiety around sex. Other times, the anxiety and fear around mortality and cancer interfere with women’s emotional health.”

FINDING SOMEONE TO LEAN ON

When Amy Murrah awoke from laparoscopic surgery for endometriosis, her doctor told her she had borderline ovarian cancer and would probably not need chemo&shy;therapy. The doctor suggested a hysterectomy, but Murrah was 29 and wanted children. The surgeon removed her right ovary, right fallopian tube, lymph nodes and omentum, part of her stomach wall lining.

Murrah later received a diagnosis of stage 3a micropapil&shy;lary serous carcinoma, a type of ovarian cancer. “I was an emotional wreck. There was the fear of never getting married, never having kids, of what my life would hold for me. Would I survive?” says Murrah, who lives in King George, Virginia.

She was far younger than most women who receive a diagnosis of a gynecologic cancer — the median age for an ovarian cancer diagnosis is 63 — and none of her friends had any experience with cancer. Murrah, who later married and had two miscarriages before under&shy;going a hysterectomy, couldn’t find a support group for young women like her.

Along with her best friend, Murrah attended a cancer march in Washington, D.C., and found it cathartic, she says, but that was a one-time event. She tried joining online chat groups but pulled away because other participants were dying, which made the prospect of her own death too real.

Wendy Ericsson and her niece, Lindsay Sweet, participate in the National Race to End Women’s Cancer.

For Shepperson and Vetreno, online support groups have proved helpful. Talking with women who described similar experiences, such as judgement around cervical cancer and stories of hurtful, ignorant comments, helped Vetreno learn, she says. “I got to talk through the stigma and emotional impact — and the fact that I can’t have my own children — with a group of women who understood,” Vetreno says. “It was pretty amazing.”

Shepperson joined a Facebook support group. Although she still fears encountering someone with a similar cancer who isn’t doing well, the connec&shy;tion has been a huge blessing overall, she says. “There’s no one who can get what you’re going through physically and emotionally like these ladies. You can talk about anything,” she says. “You can say, ‘Today I’m thinking about what will happen to my daughter. I just feel really afraid.’”

The women also share photos of their scars — their badges of honor. “Nobody in your regular life wants to see it, but for me, it’s a reminder of what I have gotten through,” Shepperson says.

Although no one-size-fits-all approach can manage side effects, exercise can help in many ways. “It is the most important thing you can do,” says Pearman. “It affects fatigue, pain, anxiety, depression, body image and sexual dysfunction.”

Twenty years ago, knowing how important it would be to her emotional and physical health, Murrah continued teaching group fitness classes. “It gave me a purpose and a reason to get up in the morning,” says Murrah, now 50 — and cancer-free for 20 years. “It was a challenge, and I had to modify my activity level, but it was a joy to see the students return to root me on during every class. That was a tremen&shy;dous part of keeping my emotional health in check.”

After Wendy Ericsson completed surgery and six months of chemotherapy for fallopian tube cancer, which accounts for 1 to 2 percent of all gynecologic cancers, she was so fatigued that walking felt like moving through wet cement. As soon as she could muster the energy, she took advantage of Livestrong’s 12-week YMCA member&shy;ship that provides free or low-cost exercise regimens for cancer survivors, along with professional advice tailored to survivors.

“It was wonderful to be surrounded by others in the same situation, working toward the same goals of feeling stronger and better,” says Ericsson, 59, of Worcester, Pennsylvania. “I went in feeling like a limp noodle and left feeling like I could do things again.”

Encouraged by a friend, she took up restorative yoga, which incorporates meditation and mindful breathing. It has been extraordinarily helpful, she says, producing complete and total relaxation. “I don’t care if you’re diagnosed with stage 1a or stage 4b, recurrence becomes a lifelong worry,” she says.

Ericsson has chosen to channel her energy into advocacy work. She attends survivors’ courses to learn how to live with cancer and surrounds herself with positive, encouraging people. She has also learned to accept help from friends. “Let people help you. It can be uncomfortable, but it’s important for both of you,” she says. “It strengthens your relationships and makes people feel useful.” 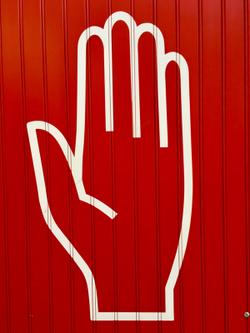