Ten years later, a woman with a BRCA1 mutation finally feels more like herself.

When Amy Byer Shainman’s sister Jan received a uterine and ovarian cancer diagnosis in 2008, Jan was not advised to undergo genetic testing. However, after attending an ovarian cancer conference, she felt compelled to request genetic testing and subsequently learned she carried a BRCA1 gene mutation.

Amy Byer Shainman’s gynecologist referred her to a genetic counselor after Jan’s test came back positive. She opted to undergo genetic testing, which showed that she carried the same BRCA1 gene mutation as her sister. Just shy of her 41st birthday, with a husband and two small children to think about — her daughter then 8 and her son, 5 — Shainman had an oophorectomy and hysterectomy in March 2010, followed by a nipple-and skin-sparing bilateral mastectomy with reconstruction in September. But no one prepared her for what life would be like after these preven&shy;tive surgeries.

In an interview with CURE®, Shainman shares what it was like in the days after, how she is doing today and how she plans to talk about genetic cancer risk with her children.

… I can’t even imagine what learning my genetic status would have been like in my early 20s; it was so overwhelming to learn that I was BRCA1 positive at age 40.”— AMY BYER SHAINMAN

CURE®: How did you learn about your BRCA mutation?

Shainman: In December 2009 my OB-GYN recommended I see a genetic counselor. Two weeks later the counselor called, and I knew that I was positive from the tone in her voice. After that, it was my time of processing and researching. What does this mean? I went to a high-risk oncolo&shy;gist and she laid out a map of options for me and my husband. I was eating a lot of chocolate and drinking a lot of wine. I told my husband to “just deal with me” while I was processing.

You chose to have preventive surgeries to lower your cancer risk. What was it like making this decision?

I was 40 when I was dealing with all of this. I based my decisions on my research and looking at guidelines and also thinking of my parental responsibility. If I had tested negative, I may have tried to have another child. And that was another thing I had to process; it was a sadness. But I had two healthy kids. Looking back, I absolutely made the right decisions for myself.

Can you discuss the recovery and any side effects you experienced?

The (oophorectomy and hysterectomy) surgery was easier than my mastectomy. It was like night and day. However, the aftereffects of having my ovaries out were more debilitating. There have been and still are menopause issues. There is not a lot of communication about what to do after surgery. Hopefully that’s changing. Should I be on hormones? Should I not? Quality of life issues weren’t discussed. I learned a lot from support groups, either in person or on Facebook. Your body is jolted, especially if your ovaries are removed years before natural menopause.

Immediately after (the oophorectomy and hysterectomy), I felt good. I was rested, my skin was really clear. A week later, the insomnia began. I was dead tired, and my eyes were wide awake. I was miserable. I started on some sleeping pills. I experienced weight gain, and it got to a point where I went back to my OB-GYN and I began using an estradiol gel. I went on Effexor (venlafaxine), and it helped with hot flashes immensely. It made life tolerable.

When you’re going through all of this, and have just had surgeries, the last thing you want to be doing is having intimate relations with your partner. From a mental and physical standpoint, you’re not there. You are physically and emotionally depleted. That coupled with the libido that you lose, it was a tough time. I tried maca root, but that made me go 180. I was like this crazed sexual person. So I went off of it. I tried black cohosh, but a doctor scared me that it could cause liver damage. I also tried testosterone, but I didn’t like how it made me feel.

Right now, I feel the most normal and back to my former self than I have in the past 10 years. But I am a new version of my former self.

I still have dryness, and I feel like I have aged more rapidly, but the hormone replacement therapy helps with that. I’m on an estradiol patch — the highest recommended dose. I wake up every day and ask myself, How am I feeling today? I’m always reassessing.

Have you discussed or do you plan to discuss genetic testing with your children?

I am very open with them because they see my advocacy work and how involved I am. My daughter is 17, and I’m going to have to have a deeper conversation with her very soon. [Shainman had a brief discussion with her at age 12 after her daughter asked questions about Angelina Jolie]. I want her to start manually checking her breasts by the time she’s 18. (Both kids) know that I have written a book. My daughter grabbed a copy and hid it somewhere in her room. She said, “Mom, I’m reading it.” By age 22-23, she will probably start having to have (MRI) screenings of her breasts. I will make sure she sees a genetic counselor prior to any genetic testing.

My son is 14 now. When he is an adult, I will probably have a deeper conversa&shy;tion with him before he goes to college about his body and genetics. He needs to be familiar with examining his breasts (because there is male breast cancer risk). PSA recommendations are around age 40.

With kids, you have to think about the emotional component of it. Are they mature enough that they are ready to deal with a conversation? What level of conversation? Regarding actual genetic testing, I can’t even imagine what learning my genetic status would have been like in my early 20s; it was so overwhelming to learn that I was BRCA1 positive at age 40. I already had my husband and two children. It’s this next generation who is going to be undergoing genetic testing earlier. Is it anxiety producing? Is it benefi&shy;cial? When my kids are adults, they will have to weigh many factors for themselves. Will having knowledge of genetic testing results provide real meaning for them and their health? I will keep communication open and be there to guide them in what will ultimately be their decisions to make.

Women tend to be very hard on themselves. There is all of this pressure with beauty. Try not to be so hard on yourself. You have just been through a lot. You are yourself, but your body is a new body. Experience new things. Try to do things that are for yourself. If you’re feeling stressed, take a day. It’s important to take time for yourself and try to feel good when you can.

AMY BYER SHAINMAN, also known as the BRCA Responder, is a patient advocate who provides support and education surrounding BRCA and other hereditary cancer syndromes. Her memoir, “Resurrection Lily: The BRCA Gene, Hereditary Cancer & Lifesaving Whispers from the Grandmother I Never Knew,” is available on Amazon and other online retailers. To learn more about Amy, visit brcaresponder.com. 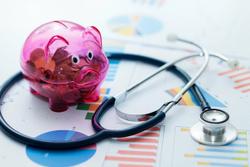 Immunotherapy Options Around the Bend

‘The Next Wave’ in Cancer Vaccines