Imbruvica plus Breyanzi, a CAR-T cell therapy, improved outcomes in patients with relapsed/refractory chronic lymphocytic leukemia, according to recent research.

“These results suggest that ibrutinib may potentiate the efficacy of liso-cel therapy in patients with relapsed/refractory CLL,” lead study author Jerill Thorpe, a senior scientist at Bristol Myers Squibb, said in a virtual presentation during the meeting.

Breyanzi is a CAR-T cell therapy, but T-cell dysfunction – which occurs in CLL – can make the treatment modality less effective. But a translational analysis of the phase 1 TRANSCEND CLL 004 trial showed that adding Imbruvica may make CAR-T cell drugs like Breyanzi work better.

At an average follow-up of 17 months, there were no severe cytokine release syndrome or neurological toxicities – the two most common side effects from CAR-T cell therapy – for patients with relapsed/refractory CLL or small lymphocytic leukemia who received Breyanzi and Imbruvica.

Thorpe also said that Imbruvica helped expand Breyanzi and reduced serum interleukin-6, which is associated with the inflammatory response. Higher Imbruvica signature scores in the CAR+ cells at Tmax (point of highest concentration T cells) also led to a higher probability of having undetectable minimal residual disease in both the bone marrow and peripheral blood.

One caveat of the study, however, was the small sample size.

“Work is under way to extend this analysis to a larger cohort,” Thorpe said. 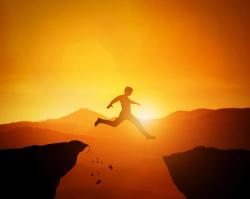