There’s a lot of controversy around the ketogenic diet as a treatment for the brain tumor glioblastoma, and Nelofer Syed, Ph.D., has every intention of putting it to rest.

That was the goal of her recent study detailing the genetic changes the diet can spark. She presented the work during a Nov. 18 poster session at the 22nd Annual Conference and Education Day of the Society of Neuro-Oncology, in San Francisco.

The ketogenic diet is extremely low in carbohydrates and relies instead on fats to provide the body with energy. This lowers blood glucose, increases enzymes known as blood ketones, and has been shown in animal models, and some studies in humans, to make gliomas more responsive to radiotherapy and chemotherapy, Syed, a senior research fellow at the Imperial College of London, and her colleagues reported.

However, due to a widespread lack of understanding of what the diet accomplishes, Syed said, further human studies have been stalled. “We provide evidence,” she said, “so that people might take a bit of note.”

So how does the diet work?

When patients with gliomas eat ketogenically, it alters their metabolism, and that leads to “epigenetic changes that affect the gene signature” of their tumors, Syed said. Potentially sparked not only by eating patterns but also by other lifestyle factors, epigenetic changes are those that alter the chemicals around genes, causing them to switch their functions on or off.

With the ketogenic diet in glioblastoma, Syed said, “Globally, we see downregulation of tumor-promoting genes and upregulation of tumor suppressor genes. The diet changes the signature of the tumor phenotype to a (more) normal kind of cell.”

This happens because the diet affects microRNA, which controls gene expression, Syed said. For example, she said, the study showed that the presence of microRNA-138 increased 17-fold in the bodies of mice that ate a ketogenic diet versus a standard one. This quieted the expression of the gene H2AX, making cancer cells less able to repair their own DNA. Ultimately, this made tumors more responsive to radiotherapy and chemotherapy.

In addition, some enzymes capable of modifying chromosomal material were present in greater amounts in mice that ate ketogenic versus standard diets, the study showed. In particular, the enzyme PRMT8 increased 31-fold in those eating ketogenically. This, in turn, quieted the expression of the gene DHFR, again preventing cancer cells from repairing their own DNA after it was damaged by anticancer medications.

Syed and her colleagues are also studying why some glioblastomas respond to the ketogenic diet while others don’t. They hope this will guide oncologists in predicting which glioblastoma patients will benefit from the diet and should make the effort to pursue it. “We want to find non-responders,” she said, “and find out why.”

Further, the team is exploring whether the diet might also have a treatment-sensitizing effect in other tumor types, including meningioma, metastatic brain tumors and breast cancer.

Finally, Syed added that it’s possible the ketogenic diet can be used to help prevent cancers, although she suggested that a less “harsh” version be used in that population, since patients with glioblastoma follow a very restrictive plan and need to be observed by nutritionists.

In any case, the researcher said, “most people are more alert and have more energy when they use the diet.” 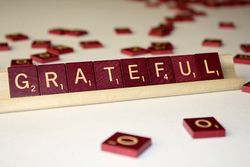 I am Forever Grateful for All That Cancer Has Taught Me