Wang, a professor in the Department of Lymphoma and Myeloma at the University of Texas MD Anderson Cancer Center, recently discussed the field of MCL in an interview with OncLive®, a sister publication of CURE®.

“In a few years, we will see that the cellular therapies can only cure about one-third to half of patients,” he said. “I believe we’re going to welcome the precision medicine multi-omics era where we’ll use technology, such as RNA-Seq, DNA-Seq, protein-omics, epigenetic sequencing, and biological studies to determine resistance mechanisms in each tumor.”

In his two decades working at MD Anderson, Wang said that he has seen a drastic change in the way that lymphoma is treated — from chemotherapy to targeted therapy, to chemotherapy-free therapy and, most recently, CAR T-cell therapy. 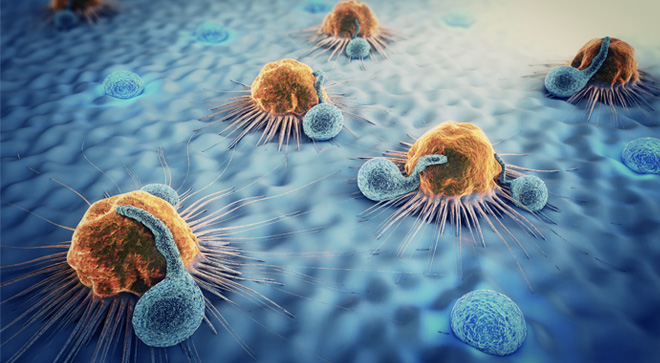 This is a welcomed change for many patients, as chemotherapy can be extremely toxic, producing side effects that affect patients’ health and quality of life, including bone marrow suppression, infections and bleeding, which can lead to frequent transfusions. Not to mention, patients can develop secondary malignancies long after completing chemotherapy which can be life-threatening.

“In order to reduce toxicity, we used targeted therapies,” Wang said, noting that physicians started prescribing agents such as Imbruvica (ibrutinib) as a single-agent that had better responses than a five-drug chemotherapy regimen. The drug is also delivered orally, which could be easier and more convenient for patients.

However, these promising treatments are not always curative, especially when it comes to aggressive lymphomas, such as MCL. But they are showing promising outcomes for the disease, which almost always comes back after remission, according to Wang.

“No matter what we use for high-risk patients, be it chemotherapy, targeted therapy, or immunotherapy, patients continue to relapse. We’re not curing the majority of patients,” Wang said. “Now we’re using cellular therapies, such as CAR T-cell therapies, CAR natural killer cell therapies. We have shown that in these very refractory tumors that are resistant to chemotherapy, targeted therapy, and immunotherapy, we can rescue a subset of patients. Some of those patients may even achieve long-term remissions and potential cure.”

Wang explained that the new era of cellular therapy allows clinicians to pinpoint how to best treat each individual patient.

“Therapy in lymphoma has migrated from chemotherapy to targeted therapy to immunotherapy, and now we’re in the cellular therapy era,” Wang said. “If patients stop responding to these therapies, we’ll be able to use science and technology to determine the Achilles heel of the tumor, so that we can attack it with precision and save patients.”


A version of this article was originally published on OncLive as, “Precision Medicine: The Next Paradigm Shift in MCL.”
Be the first to discuss this article on CURE's forum. >>
Talk about this article with other patients, caregivers, and advocates in the Mantle Cell Lymphoma CURE discussion group.