“As a way of introduction, papillary RCC is the most common type of non-clear cell RCC, which is approximately 15% of all renal cell cancer,” Dr. Toni Choueiri, director of the Lank Center for Genitourinary Oncology, and co-leader of the Kidney Cancer Center, at Dana-Farber Cancer Institute in Boston, said during a pre-recorded presentation of the data. “There's a subset of papillary RCC that are MET-driven, suggesting perhaps that MET inhibition may be an appropriate targeted treatment approach.”

To assess the outcomes associated with the use of savolitinib (an experimental c-MMET receptor tyrosine kinase with potential antineoplastic activity) vs. standard-of-care Sutent in this population, Choueiri and colleagues enrolled 50 patients into the phase 3 SAVOIR trial.

Patients enrolled into the study had to be older than 18 years of age, be diagnosed with metastatic papillary RCC and have their MET-driven tumor confirmed. 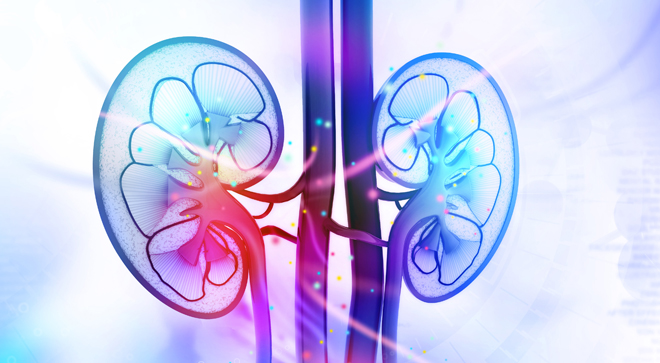 Patients were then randomized to receive either savolitinib (33 patients) or Sutent (27 patients). Measuring progression-free survival (PFS), or the time from the start of treatment until disease worsened, was the primary goal of the study. Additional goals of the study included overall survival (OS), as well as response rates and safety.

Independent review showed that 27% of patients who received savolitinib achieved a partial response to therapy compared to 7% of patients in the Sutent arm.  At the time of data cutoff, none of the patients whose disease responded to savolitinib had experienced disease progression.

However, Choueiri noted that the researchers were unable to calculate median duration of response as a result of the few events of response in both groups. Of note, however, he did highlight that three of the patients whose disease responded to savolitinib were followed for more than six months after response was first identified.

Less than half of the patients in the savolitinib arm (42%) experienced a serious or severe side effect compared to 81% in the sunitinib arm.

“Although patient numbers and follow-up were limited, savolitinib demonstrated encouraging efficacy and an improved safety over sunitinib,” said Choueiri. “Patients receiving savolitinib experienced less grade 3 or higher adverse events that required fewer dose modification than those patients who were on sunitinib. And there were fewer treatment-related AEs of any grade in the savolitinib group.

“Overall, we believe in this study; early termination of recruitment precludes really definitive conclusion from being drawn due to the small subset,” concluded Choueiri. “However, based on this emerging data, further investigation of savolitinib as a treatment option for MET-driven papillary RCC is warranted.”
Be the first to discuss this article on CURE's forum. >>
Talk about this article with other patients, caregivers, and advocates in the Kidney Cancer CURE discussion group.