From an FDA decision to keep textured breast implants on the market to TV personalities and politicians, here’s what’s making headlines in the cancer space this week.
BY Alexandra Guadagno
PUBLISHED May 03, 2019
Alex Trebek appeared on “Good Morning America” on Wednesday for his first interview since being diagnosed with pancreatic cancer. The 78-year-old “Jeopardy!” host and television personality announced in March that he received a diagnosis of stage 4 pancreatic cancer. He spoke bluntly about his battle with depression during chemotherapy.

“Chemo affects people in different ways, and people have to understand that,” he said. “There is nothing wrong with saying, ‘Hey, I am really depressed today, and I have no idea why. Why am I crying today?’”

Trebek said he was scheduled for another round of chemotherapy next week and would, “see where things stand” then. “My oncologist says I’m doing well, even though I don’t always feel it,” Trebek said, even joking around and calling himself “a big wuss.” 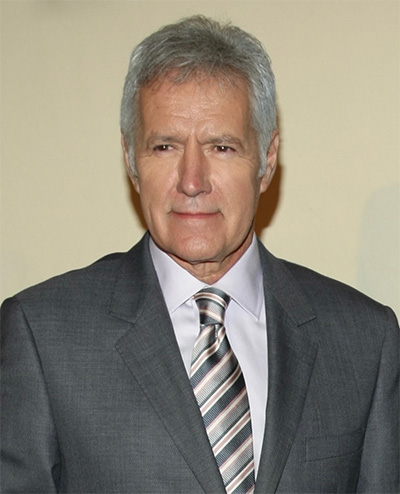 The Environmental Protection Agency (EPA) reaffirmed Tuesday that glyphosate does not cause cancer . Despite the many court cases against Monsanto – and two multimillion-dollar awards in favor of men who claimed glyphosate in the popular weed killer, Roundup, caused their lymphoma – the EPA's draft conclusion found that glyphosate is not carcinogenic to humans.. The EPA’s draft findings concluded that the chemical posed, "no risks of concern" for people exposed to it in any way and confirmed that glyphosate, "is not likely to be carcinogenic to humans."

The draft review said the EPA did find potential risk to mammals; birds that feed on leaves treated with glyphosate; and plants. The agency proposed restrictions to cut down on unintended drift of Roundup, such as not allowing it to be sprayed when winds are higher than 15 miles per hour.

The Susan G. Komen 2019 Komen Triangle Race for the Cure® will be held on Saturday, May 4, 2019 at Research Triangle Park in North Carolina. The goal of the fundraiser is to support the research needed to reduce the current number of breast cancer deaths by 50% in the U.S. by 2026, and to, “empower patients and the public to take charge of their breast health,” according to the foundation.

“You’ll find an incredible community of survivors, those living with metastatic breast cancer (thrivers), and those who support them at the Susan G. Komen Triangle Race for the Cure®,” said the Komen foundation. “Survivors, thrivers, co-survivors and caregivers gather to celebrate and support one another in an atmosphere of genuine camaraderie. It is their inspiring spirit that energizes us to continue the fight to end breast cancer forever and their fundraising efforts that encourage other participants to be More Than Pink®.”

The race site opens at 7:30 AM on Saturday and the competitive 5K race begins at 8 AM. Visit the 2019 Komen Triangle Race for the Cure® website to register for the race or to donate.

The Food and Drug Administration (FDA) declined to ban the textured breast implants that appear to be linked to a rare type of cancer. Many European countries have banned the implants due to their association with a cancer of the immune system – breast implant-associated anaplastic large-cell lymphoma (BIA-ALCL) – but the FDA decided on Thursday that the devices will stay on the market in the U.S.

“Precise risks are difficult to determine due to lack of information about how many patients have received breast implants in the US and worldwide,” said the FDA in a statement.

“Most recently, we discussed these important issues in a public advisory committee meeting in March,” FDA principal deputy commissioner Amy Abernethy, M.D., Ph.D, and director of the FDA’s Center for Devices and Radiological Health, Jeff Shuren, M.D., J.D., said in a statement. “During the two-day meeting, we listened carefully to the insightful comments and personal stories from a broad range of public, scientific, medical and other stakeholders.”

While the textured implants will still be available in the U.S., the FDA said it will, “do more to protect women considering breast implants.” The FDA announced several new steps they have taken to ensure women have access to all the necessary information about breast implants, including incorporating easy-to-understand product ingredient information on the labels, to make informed decisions.

Weeks after revealing he received a diagnosis of prostate cancer, Colorado senator Michael Bennet announced that he is running for president.

"My plan is to run for president, and I appreciate your letting me come here to announce that," said Bennet on CBS "This Morning."

Bennet also said on Twitter, “It’s time to build the future we want, or one we don’t want will be thrust upon us. I’m running for President to build opportunity for every American and to restore integrity to our government.” 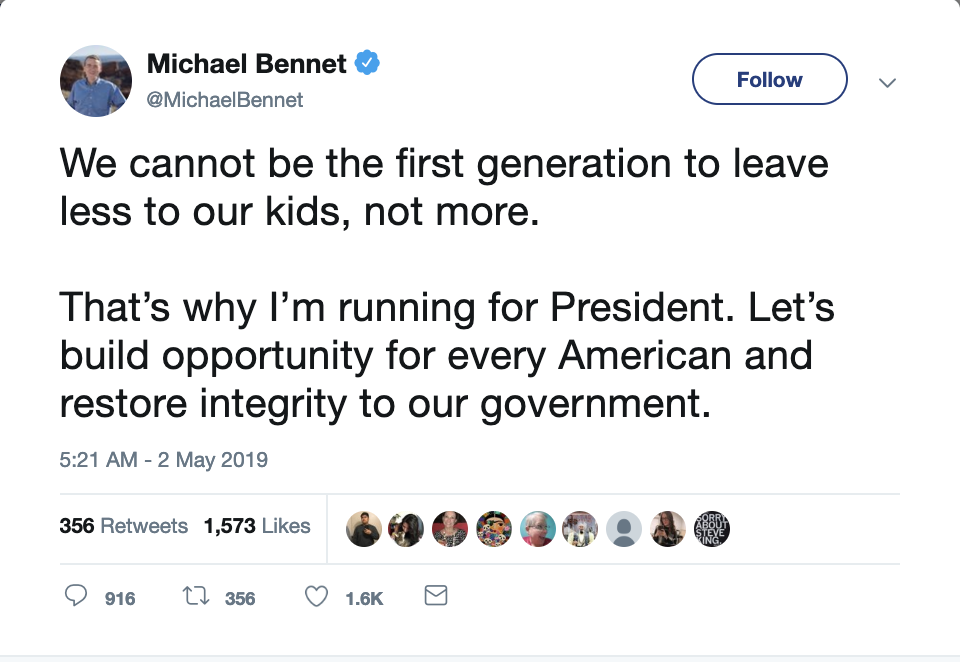