The data also demonstrated that the higher TRT dose was not linked to more side effects than has been seen with the standard dose.

“Concurrent chemotherapy and thoracic radiotherapy has been the standard treatment for limited-stage small cell lung cancer since the early '90s,” lead study author Dr. Bjorn Henning Gronberg, a consultant in the oncology department at St. Olav’s Hospital in Norway, said during a pre-recorded presentation of the data. “Twice daily TRT of 45 Gray has been the most recommended schedule since … '99. However, only 25% to 30% are cured after chemo and radiotherapy, and there’s clearly a need for better treatment.”

Previous data, according to Gronberg, has shown that increasing the dose of TRT to twice-daily 60 Gray was safe and viable. To see if the higher dose of twice-daily TRT was tolerable and would improve survival outcomes in patients with LD SCLC, Gronberg and colleagues enrolled 176 patients across 22 sites in Scandinavia between 2014 and 2018. The data that was presented at the meeting includes 160 of the patients who completed TRT. 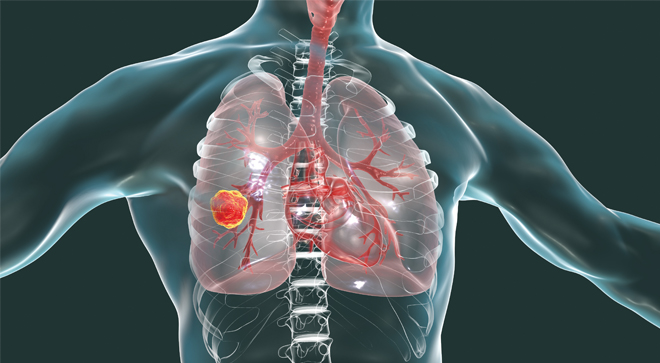 To be eligible to enroll in the study, patients had to have their diagnosis of small cell lung cancer confirmed and they could not have received previous systemic therapy or thoracic radiotherapy to treat their disease.

Each patient received four courses of the chemotherapy cisplatin or carboplatin plus etoposide every three weeks, and they were randomized to receive a TRT of 45 or 60 Gray. All patients began receiving TRT along with their second course of chemotherapy. If patients were unable to tolerate the higher dose of radiotherapy, a dose reduction to 54 Gray was permitted. Patients were then excluded from the analysis if the dose of radiotherapy had to be reduced even more.

“Delivering 60 Gray was feasible in most of the cases,” Gronberg concluded. “There was a significant and substantial improvement for the primary endpoint, two-year survival, and also for median overall survival, in favor of the high dose arm. And importantly, the higher rate of therapy dose did not cause more radiotoxicity than the standard dose.”

Be the first to discuss this article on CURE's forum. >>
Talk about this article with other patients, caregivers, and advocates in the Lung Cancer CURE discussion group.