Hypnosis can reduce side effects and stress for patients with cancer, and even substitute for anesthesia during some surgeries.
BY KATHERINE MALMO
PUBLISHED October 28, 2017 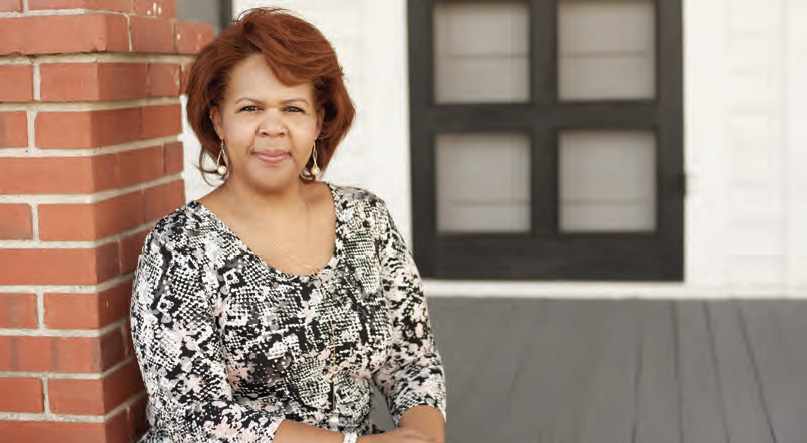 NATALIE MARTINEZ, patient who used hypnosis instead of anesthesia - PHOTO BY BETH V PHOTOGRAPHY
NATALIE MARTINEZ WAS 47 when she was diagnosed with stage 1 breast cancer and told she’d need surgery to remove the tumor. But she was terrified of general anesthesia.

Years earlier, her mother had encountered difficulty regaining consciousness after an operation, and the experience had affected Martinez. “I wasn’t sure I’d wake up,” Martinez says, “and when I heard I needed surgery, I wanted to take any other route possible.” So, when her doctor at The University of Texas MD Anderson Cancer Center, in Houston, suggested using a local pain medication and hypnosis instead of general anesthesia, she readily agreed.

A week before the surgery, Martinez met Rosalinda Engle, M.A., a mind-body intervention specialist with the Integrative Medicine Program in the Department of Palliative, Rehabilitation and Integrative Medicine at MD Anderson. Engle prompted Martinez to think of three or four places where she felt comfortable and at ease.

The day of the operation, Engle guided Martinez into a hypnotic state that she describes this way: “It’s as if your body is about to fall asleep and your mind is very comfortable and relaxed, and pleasant images enter your thoughts. It’s like dreaming while awake. It’s a personal walk down memory lane.” Engle brought Martinez to her chosen places throughout the course of the 90-minute procedure.

Martinez describes the experience as pleasant, for surgery, but the benefit was most apparent in the recovery room. “The most amazing part,” she says, “was when I woke up and was taken to the recovery room. The nurses couldn’t believe I’d just come out of surgery. They brought me a wheelchair, but I could walk. I said I was fine — just hungry and thirsty. Then I walked to the main building to get some lunch with my husband and my sister.”


Hypnosis isn’t what most people think it is. People who undergo it aren’t helpless or having an out-of-body experience. They’re not losing control of themselves. No matter what the therapist says, they’re not going to get up and dance like Elvis — not unless they want to, anyway.

Patients can say “no” at any time and come out of hypnosis of their own free will.

Some describe it as a state of inner absorption, concentration or highly focused attention. Engle begins with guided breathing exercises that lead to a state of deep relaxation before bringing a patient to a place in the mind’s eye where he or she feels comfortable and at ease. This can feel like a pre-sleep state, when the mind plays pleasant movies of memories. It allows patients to focus on something other than their current environment and helps them get a new perspective on a situation. In some ways, this state is similar to meditation or deep relaxation.

However, Engle points out that meditation is an intense focus on something small, while hypnosis is a different state of consciousness altogether. Both are effective, but they work in different ways. Exactly how? No one knows for sure.

Guy Montgomery, Ph.D., director of the Integrative Behavioral Medicine Program and an associate professor of oncological sciences and psychiatry at the Icahn School of Medicine at Mount Sinai, in New York City, prefers to use hypnosis in his patients before moving on to meditation or relaxation. “Let’s say someone is having pain,” he says, “and we can focus on the pain, be mindful of the pain (and) accept the pain, or we can use hypnosis and reduce the pain. We reduce it first, and then we think about accepting what is left over.”

HOW HYPNOSIS IS USED


Hypnosis has been shown to be safe and effective, and can help patients with all types of cancer and for many different purposes, and there’s evidence of its value and efficacy.

“In some ways, hypnosis is the multi-purpose tool, or the Swiss army knife, of psychologists,” Montgomery says. “You can apply it to a lot of different things and adapt it to benefit patients in a way that provides real symptom control and improvement in their quality of life.”

Hypnosis is most commonly used to manage side effects of treatment — fatigue, nausea, pain and anxiety. Sessions usually start with a discussion of the patient’s diagnosis, treatment and struggles. Then, after guiding the patient into a state of hypnosis, the therapist offers suggestions to reduce stress or anxiety, or to help relieve symptoms. When the session is over, the patients are given a recording of it that they can use any time. Researchers have found these treatments to be decisively beneficial.

Hypnosis “is well accepted as part of many different behavioral strategies to manage pain, anxiety (and) nausea,” says Lorenzo Cohen, Ph.D., a professor in the Department of Palliative, Rehabilitation and Integrative Medicine and director of the Integrative Medicine Program at MD Anderson. “Dozens of clinical trials have shown this to the point where it is accepted by the behavioral sciences and part of their toolkit of managing symptoms.” 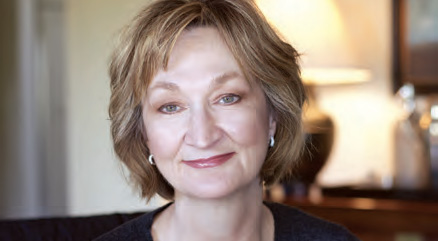 GAIL TAYLOR found hypnosis helpful in reducing her anxiety and clarifying her thoughts about her treatment options. - PHOTO BY NICOLE M. RYAN
The strategy is so well-proven that the National Comprehensive Cancer Network, which develops clinical guidelines for standard cancer care, recommends hypnotherapy for fighting treatment-related fatigue and managing pain.

Using hypnosis as an alternative to anesthesia and stronger medications is a newer practice. Martinez was part of a registry of patients at MD Anderson, where Cohen and others are working on the next phase — a randomized trial including approximately 50 patients undergoing surgery for breast cancer.

One study that helped pave the way for this practice was conducted by Elvira Lang, M.D., at Beth Israel Deaconess Medical Center and Harvard Medical School. It found that women who received hypnosis before a needle core breast biopsy reported less pain than those who received the standard of care.

Once Cohen and the MD Anderson team understood that hypnosis helped quiet the system before and during procedures, they started using it in lieu of general anesthesia for 20-minute procedures, such as placing peripherally inserted central catheter lines and removing port-a-caths, and then worked up to longer surgeries like lumpectomies. Patients feel better and recover more quickly after hypnosis, compared with anesthesia, Cohen says.


In spite of all this evidence, hypnosis is not part of standard care at most medical centers.  MD Anderson Cancer Center, however, has a staff trained by Lang, an interventional radiologist and former associate professor of radiology at Harvard Medical School, who is an expert on using hypnosis during medical procedures. The staff includes many clinicians, and is working toward offering hypnosis two days a week.

They’re able to do this partly because of close relationships with the surgeons and oncologists who refer patients, and partly because mental health services are considered part of overall care at Mount Sinai, and are not billed separately.

That brings up another major obstacle: Hypnosis is not usually covered by insurance. There are billing codes for mental health professionals, but reimbursement is limited.


Gail Taylor was 56 and on her third cancer diagnosis — the first for gestational trophoblastic neoplasia, the second for cancer in her left breast, and the third for cancer in her right breast — and feeling anxious about treatment. “I was stressed out,” Taylor says. “My diagnosis didn’t make sense. In 2012, I’d been told that, because I had chemo, there was a 94 percent chance I’d never deal with breast cancer again, but here I was.”

Taylor was debating whether she should have a bilateral mastectomy with reconstruction or a lumpectomy. She’d never considered hypnosis and her doctor’s office didn’t offer it, but she decided to take a friend’s suggestion that she see Kristin Rivas, a Seattle-based hypnotherapist. Rivas helped calm Taylor’s anxiety, and then, when Taylor was in a hypnotic state, reflected her options and thoughts back to her. Afterward, Taylor saw her choices with a different and clearer perspective. She has had four more sessions and says she feels lucky to have found a therapist as experienced as Rivas.

Hypnosis is unregulated, so it can be tricky to find a reputable therapist outside of a medical center. However, two professional organizations provide certification — the National Board for Certified Clinical Hypnotherapists and the American Society of Clinical Hypnosis — and they can be a good place to start.


Will we see hypnosis in more cancer centers in the near future?

Montgomery and the team at Mount Sinai are trying to make that happen. With a grant from the National Cancer Institute, they are training psychosocial providers from medical centers around the country in hypnosis.

Cohen believes that we are entering an era of less-invasive medical care, during which, he says, “something like procedural hypnosis, that has this tremendous evidence base, is waiting there to be plucked up by different centers, where we know it will reduce pain and the use of post-operative pain medicine and opioids, in particular.”

As for Martinez? She’s moving on with her life in Cypress, Texas, and has gone back to work as an accountant. And if she ever needs surgery again, she’ll be sure to ask about using hypnosis.
Be the first to discuss this article on CURE's forum. >>
Talk about this article with other patients, caregivers, and advocates in the Side Effect Management CURE discussion group.