Examining the Relationship Between Stress and Lung Cancer

When her fears came true in 2005, Feldman couldn’t help but wonder whether all that stress contributed to her own non-small cell lung cancer (NSCLC) diagnosis.
BY STACY VERNER
PUBLISHED November 14, 2017 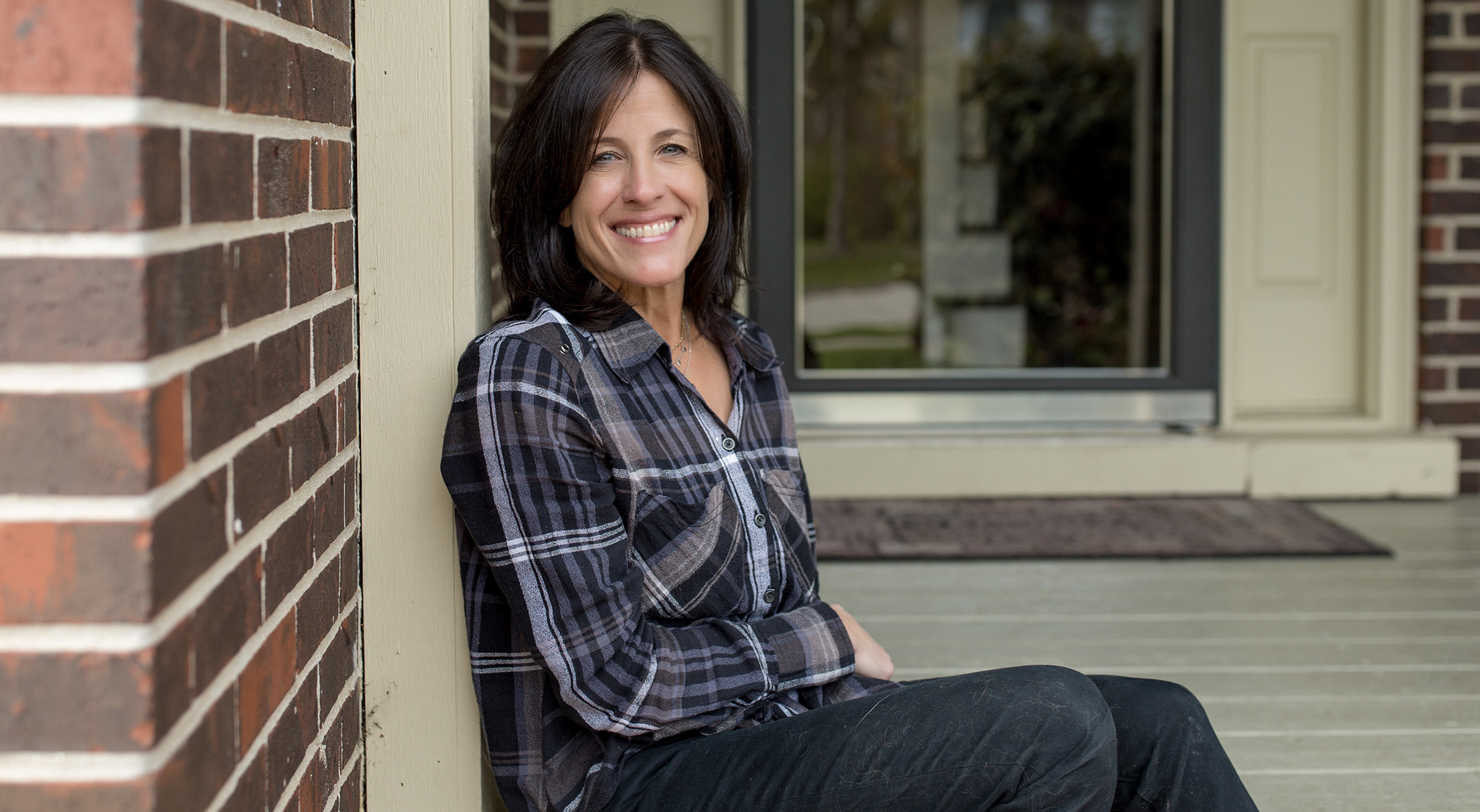 JILL FELDMAN says her lung cancer diagnosis helped her realize she needed to get control of her stress to maximize her life. - PHOTO BY CARISSA HODGES
Jill Feldman began her journey with lung cancer 34 years ago, although not as a patient.

Feldman later lost her mother and her aunt within two years of each other, also both to lung cancer.

“Needless to say, I was bitter and angry,” she says. “I was 28 years old, pregnant with my second child and basically orphaned by this disease.”

Over the years, Feldman’s stress continued to mount. She had two more children; became the primary caregiver for her brother, who suffers from schizophrenia; and worried about everyday stressors like work and finances. However, her family history with lung cancer loomed largest of all.

“My greatest fear was that my four kids would go through what I went through,” she says. “Stress has certainly been kind of a roller coaster ride for most of my life.”

When her fears came true in 2005, Feldman couldn’t help but wonder whether all that stress contributed to her own non-small cell lung cancer (NSCLC) diagnosis. Although her personal experience is purely anecdotal, a recent study published in the Journal of Clinical Oncology, which examined major stressful life events and the risk of developing the disease, suggests she may have been on to something.

Everyone experiences stress, which Syed H. Jafri, M.B.B.S., assistant professor of medicine in the Division of Oncology at McGovern Medical School in Houston, describes as the body’s response to a perceived physical or psychological threat. “When you perceive a threat, your body reacts by trying to restore homeostasis,” Jafri says. The body releases adrenaline, which can actually be beneficial during acute, or “on the spot” stress, because it helps the body function at a higher level in the short term. “But if that response is activated for weeks or months on end, that can have negative effects on your body, which then affects your immune system,” Jafri says.

Chronic stress results from repeated exposure to situations that lead to the release of cortisol, a stress hormone. Many scientists believe that the stress response system was not designed to be constantly activated, which could lead to the breakdown of bodily systems.

Jafri first wondered about a correlation between chronic stress and lung cancer when he watched a friend’s parent — a nonsmoker — die from the disease two years after the unexpected death of that person’s spouse.

“It intrigued me,” Jafri says. “Are these two events linked?”

To answer that question, Jafri conducted a study that assessed the amount of stressful life events experienced by patients with lung cancer and controls of similar age, gender and lifestyle.

Patients were enrolled between May 2015 and December 2016, and 301 people were included in the final analysis. In both groups, the majority were men in their 60s who had smoked.

“Over their lifetime, there was no difference between the two groups,” Jafri says. “But those with lung cancer had more stressful life events within the last five years before their diagnosis.” Jafri and his team found that for patients with cancer, the most common of those situations included the life-threatening illness of an immediate family member and retirement.

Feldman’s grandparents died in 1983. Her father followed six months later. Her mother passed away in 1998, then her aunt in 2000. Five years later, Feldman received troubling news from a routine computerized tomography, or CT, scan: Two nodules were growing on her lung.

She underwent testing for the T790M germline mutation, which can predispose someone to developing lung cancer. It came back negative.


To measure stress, many in the medical field rely on the Holmes-Rahe Life Stress Inventory, a scale that rates life events based on their potential stress level. Events like “death of a spouse” sit at the top, while more common ones like “traffic tickets” sit at the bottom. “Death of a close family member” sits fifth from the top.

Over the course of her life, Feldman experienced the death of five close family members; within five years of her diagnosis, other stressors included “major changes in the health of a family member,” “gaining a family member” and “death of a close friend.” Based on those factors, the Holmes-Rahe statistical prediction model estimates that Feldman was 80 percent more likely than the general public to develop a “major stress-induced health breakdown.” “It’s still surreal,” Feldman says. “To be diagnosed with the same disease that I watched kill both of my parents … it was just surreal. My biggest fear was becoming my reality.” 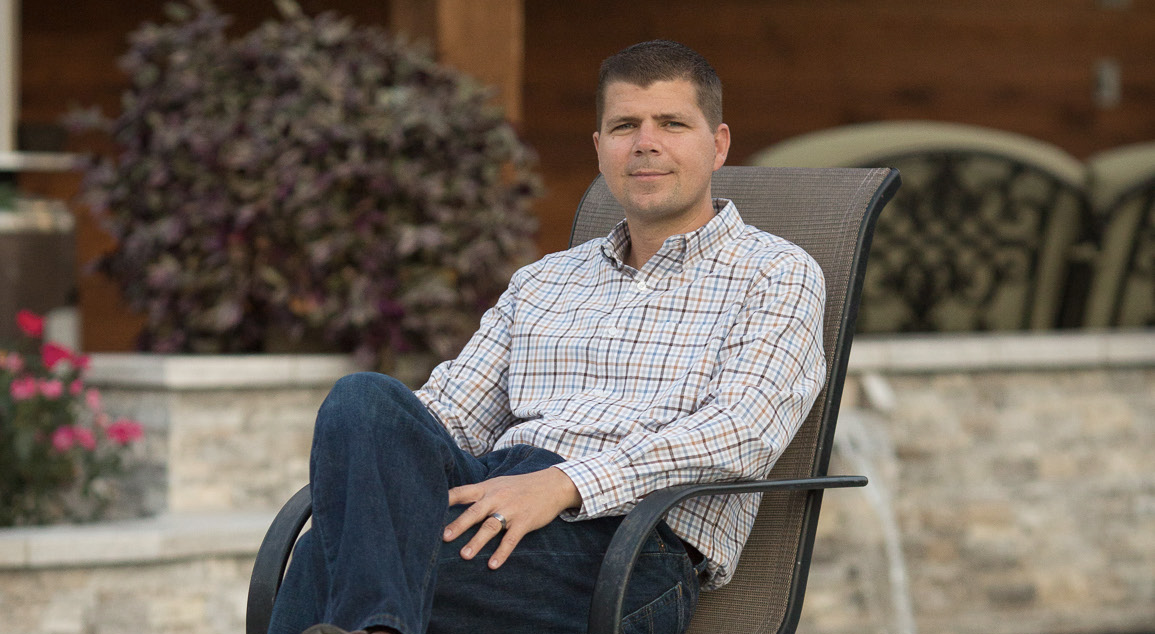 MARC RAPP says he believes work-related stress contributed to his diagnosis of non-small cell lung cancer. - PHOTO BY EMILY MCCLURE
Seemingly smaller everyday issues, such as workplace changes, can add up and also have a negative effect on overall health. Marc Rapp considers himself a classic example of this. An otherwise healthy marathon runner, Rapp was startled to receive a metastatic NSCLC diagnosis in 2016 at age 38. Looking back, he recalls many “normal” yet stressful life events that could have played a role in the development of his cancer: job changes, family issues, relocations and organizational restructuring.

One event in particular sticks out in his mind.

“Literally 12 months prior to my diagnosis, I accepted an expanded role that put me in a 24/7 high-stress environment,” Rapp says. “I personally think the level of stress I had over that last year to 18 months was a significant cause or at least an influencer in all of this. It’s just too coincidental.”

Risk factors for lung cancer include family history, smoking (Feldman and Rapp are both nonsmokers), exposure to secondhand smoke, radon, asbestos, arsenic, and diesel exhaust, as well as radiation to the chest. Many experts agree that the list should include the presence of chronic stress, because it makes the body more hospitable to cancer growth. But more evidence needs to be gathered.

“It’s the seed and soil hypothesis,” says Tsonwin Hai, Ph.D., a professor in the department of biological chemistry and pharmacology at The Ohio State University Comprehensive Cancer Center in Columbus. “You have the seed — the cancer cell — but it’s not just the cancer cell you need to worry about. It’s the surrounding environment. Without fertile soil, nothing’s going to grow.”

Two types of stressors can create this “fertile soil” in the body: psychological and physical. Psychological stressors include situations that can be interpreted as threatening, such as the death of a loved one. Physical stressors places strain on the body, such as injury or chronic illness. The body reacts to both types in a variety of ways, including physical reactions such as muscle tenseness, digestive disorders, weight gain, headache, heavy or rapid breathing, increased heart rate, high blood pressure, a weakened immune system, high blood sugar, heartburn and stomachache. Emotional reactions include insomnia, depression and withdrawal.

LIVE FOR THE LIVING


To combat the side effects of stress and improve both quality of life and prognosis, stress management should be a priority for all patients with lung cancer, according to Hai, Jafri and other experts, including Kathleen Hall, founder and CEO of The Stress Institute. “The minute you change your perspective, you change the chemistry of your brain,” says Hall, who holds a master’s in divinity from Emory University and a doctorate in spirituality from Columbia Theological Seminary.

Hai agrees. “Stress is unavoidable in life,” she says, “but if you can dampen it, if you can calm your nerves, then you can reduce the detrimental effect.”

After Feldman’s diagnosis, she experienced what she describes an epiphany moment: She realized she needed to get control of her stress to maximize the life she still had. “I could hear my mom’s voice in my head,” Feldman recalls. “Maybe a year after my dad died, she had said: ‘Jill, your dad is dead, but you are alive. Life is for the living, and right now, you are not living.’ It was a wake-up call. I realized that I was wasting my time.”

Throwing herself into advocacy work, connecting with others and learning to compartmentalize helped Feldman take control over her stress, which has drastically improved her life. “When I have appointments with my oncologist, we go through the scans, then I go home, take a hard copy of the scan and look at it myself,” Feldman says. “I allow myself a couple of days to kind of obsess over it, then I put it in a box and I tape it up. I had to figure out how to compartmentalize, because it was consuming me and taking over my life, and the stress was not worth it. Doing this gives me the opportunity to mentally decide what role lung cancer is going to play in my life, because physically, I don’t have that control.”

For Rapp, being intentional and focused with his time has injected more life into his years. “As crazy as it sounds, there’s a side of me that wouldn’t change this,” he says. “Because as scary as this is, I’ve lived more in the last year. I’ve traveled more. I’ve spent more time with my kids. I’ve been more intentional with things than I ever was in the other 37 years. Now, I realize that this is what life is about.”

“Things happen,” Hai says. “We’re all going to go into unknowns in our life, but we need to treasure the moments we have. If you think in that way, you won’t worry about what’s going to happen in the next day, next week or next year. You’ll realize that every minute counts.”
Be the first to discuss this article on CURE's forum. >>
Talk about this article with other patients, caregivers, and advocates in the Lung Cancer CURE discussion group.