The Future of Frontline Treatment in Hodgkin Lymphoma

Experts examine the use of Adcetris for patients with Hodgkin lymphoma.
BY ERIK NESS
PUBLISHED February 23, 2018 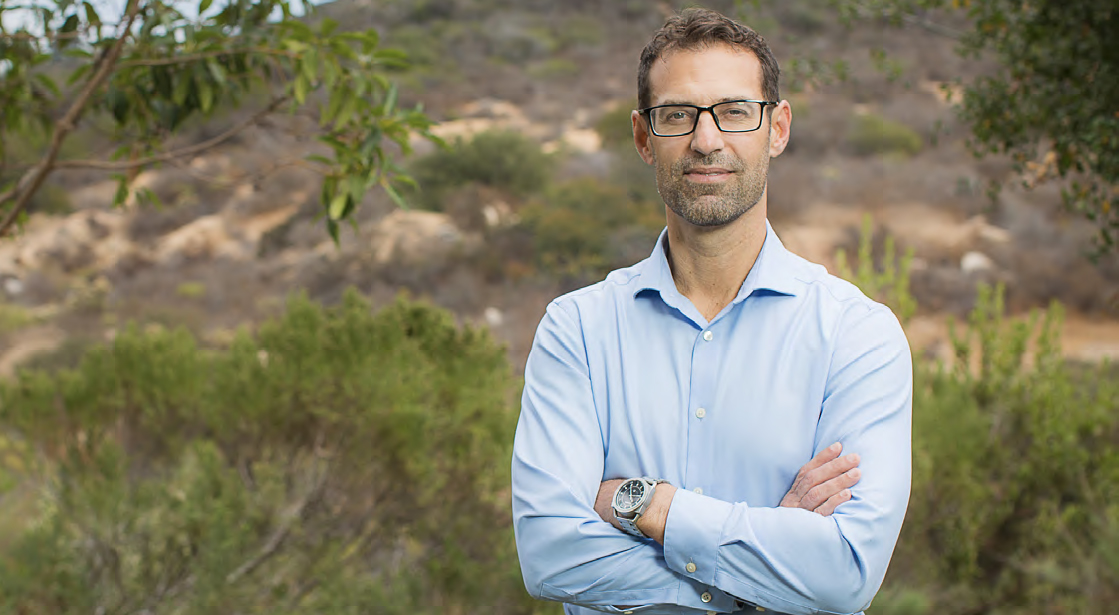 JOE PLEASANT was selected to participate in the ECHELON-1 clinical trial where he was treated with Adcetris. - PHOTO BY Eder Escamilla

Joe Pleasant was at a high school football game in 2012 when he first noticed a pain in his back. It was a little thing, and he let it go. A few months later he visited his doctor after the lymph nodes in his neck swelled up, but that was a false alarm. Then came odd neurological symptoms, panic-stricken Googling, a visit to a specialist and more back pain. “I knew I was sick,” he says. “I just didn’t know what it was.”

After more back pain, surgery, and a second look at a chest X-ray, Pleasant was summoned back to the hospital. He was stunned when a scan revealed a baseball-sized tumor in his chest. “My whole midsection was covered with cancer,” he says, stage 4 Hodgkin lymphoma. “I was just a walking cancer stick.”

Pleasant shared the news with his boss. After the initial shock wore off, a light bulb went on. “You’re sure it’s Hodgkin lymphoma?” he asked. Pleasant was sure, and before long he was on a conference call with a friend of his boss at Seattle Genetics, which had been developing Adcetris (brentuximab vedotin) for the treatment of Hodgkin lymphoma. Adcetris targets CD30, which is found on the surface of most classical Hodgkin lymphoma cells.

Pleasant liked what he heard: promising results with minimal side effects. The catch? Adcetris for Pleasant’s diagnosis was only available via a phase 3 clinical trial, ECHELON-1, that was barely just underway.

Pleasant met his oncologist and learned about the standard treatment: Adriamycin (doxorubicin), bleomycin, vinblastine, dacarbazine (ABVD). “I was pretty scared. I thought the chemotherapy would be horrible,” he admits.

He then asked about Adcetris, and was pleased to discover his oncologist had a colleague at the University of California, San Diego who would be administering the trial locally. “I really wanted this new drug,” Pleasant says. With a willing patient and some administrative elbow grease they managed to open the trial early.

ECHELON-1 replaced the bleomycin in ABVD with Adcetris. Because it’s a randomized trial, Pleasant still had to win the coin toss. Would he receive the experimental Adcetris plus Adriamycin, vinblastine, dacarbazine (A+AVD) or the control arm ABVD? When a phone call revealed he would receive Adcetris, he and his wife highfived each other over the couch. Their enthusiasm was soon matched with dramatic results: Two months into the 6-month treatment, a PET scan showed no visible disease. “Nothing lit up,” Pleasant says. “In two months’ time, I went from stage 4 to they can’t even see it anymore.”


Pleasant’s response was better than most, but in the ECHELON-1 trial overall Adcetris outperformed the ABVD regimen. Based on the findings, in January the Food and Drug Administration (FDA) granted a priority review for Adcetris as a frontline treatment for advanced classical Hodgkin lymphoma. In December 2017, at the annual meeting for the American Society for Hematology, ECHELON-1 study lead author Joseph Connors, M.D., clinical director of the British Columbia Cancer Agency Centre for Lymphoid Cancer in Vancouver, Canada, presented the highly anticipated results: a 23 percent risk reduction in progression, death or need for additional therapy with A+AVD versus ABVD. A supplemental new drug application has been filed with the FDA and is likely to be approved sometime this spring.

Adcetris has been available since 2011, when it was approved for patients whose Hodgkin lymphoma had returned after autologous stem cell transplant or at least two prior multiagent chemotherapy regimens. “We have a lot of experience in this relapsed setting, where it’s done wonders for patients,” says Lauren Maeda, M.D., a hematologist at Stanford Cancer Center in Stanford, California. In 2016 when a supply chain issue led to shortages of bleomycin, Stanford often replaced it with Adcetris for patients with advanced stage disease, similar to ECHELON-1.

“It has a lower risk of significant side effects than any other comparable chemotherapy used in that phase of the game,” Maeda says. Bleomycin can cause shortterm side effects such as nausea, vomiting, weight loss and mouth sores. A more serious, long-lasting side effect related to bleomycin is lung toxicity, which may require frequent testing of lung functioning. But despite these positive returns, when she polled her colleagues she found that the ECHELON-1 trial may not yet be practice changing.

“It’s a very unique patient population,” she explains, with a high cure rate using a variety of treatments. “Because there is such good response even in the relapsed setting, some people would argue: do we really need to be as aggressive upfront?” The benefit of Adcetris and its significantly higher cost is harder to project given recent advances in treatment that are already minimizing the use of bleomycin.


Hodgkin lymphoma was one of the first cancers for which truly successful treatments were developed. Early innovations in radiation therapy and chemotherapy were further refined using clinical research. As a result, Hodgkin lymphoma became one of the first consistently curable cancers, and continuing refinements improved treatment options. This model for clinical success helped to inspire early generations of oncologists.

ABVD emerged in the 1970s and, as it was perfected, cure rates began to approach a remarkable 80 percent. With a success rate that high, some of the toxicities of the treatment — from bleomycin, in particular — were tolerated. “Standard treatment hasn’t changed for quite some time, but is starting to change,” explains Jane N. Winter, M.D., a hematologist at the Robert H. Lurie Comprehensive Cancer Center at Northwestern University in Chicago. “What we’re learning now is that the sins of the past, combined chemotherapy and radiotherapy, leaves many patients with very significant comorbidities.” Even now she has a patient in the cardiac care unit being evaluated for a heart transplant because of the intensity of radiation and chemotherapy used on a chest mass in the early days of Hodgkin treatment.

Thinking about long-term impacts is even more important in Hodgkin lymphoma because many patients are young, between 15 and 40 years old. “What we’re trying to do going forward is to balance upfront control with the risk of long-term complications from our therapy,” Winter says.

The ECHELON-1 trial is a part of that attempt to reduce long-term toxicity and improve upfront disease control. “We do have a long way to go,” she says. “There will be, and is, a lot of discussion about this trial.”

The major challenge is that the standard arm was not exactly conducted the way treatment unfolds today. That’s to be expected because lag time in clinical trials is an inherent problem as our understanding accelerates. When ECHELON-1 was designed, the standard was ABVD. But in the intervening few years oncologists began using PET scans to determine where treatment should go after the first couple of cycles. If ABVD was not working, treatment would be escalated to the bleomycin, etoposide, doxorubicin, cyclophosphamide, vincristine, procarbazine and prednisone regimen — used less in the United States because of higher toxicity. In other cases, bleomycin was removed, and treatment continued with AVD alone.

Another of Winter’s current patients is 55 years old and a longtime smoker. “That’s a patient for whom I would not consider bleomycin because of the lung toxicity. For those situations, this provides an excellent alternative,” Winter says. “Whether it will be or should be the standard of care I think will require a little more investigation of the data.”

Peter Martin, M.D., chief of the Lymphoma Program at Weill Cornell Medicine and NewYork-Presbyterian in Manhattan, is concerned about that trade-off, especially for a younger population.

Martin breaks down the statistics this way: Imagine a room with 20 people who are about to be treated for Hodgkin lymphoma. First, they are told that there are two treatment options and that both will cure the same number of people. In the end, one person in the room will need more treatment, but if they choose the A+AVD over the ABVD the time before they need further treatment will be delayed.

Most people would probably take that trade-off, right? Would that same patient make that decision if it was going to double the chance of neuropathy? A less exciting choice, but they would probably still go for it.

But now everyone else in this room is told that they won’t receive any benefit, and a third of them are going to get neuropathy, too. “You’re giving a third of the people neuropathy without giving them any clinical benefit,” Martin says.

“I don’t want to give anybody the impression that ABVD is a bad idea,” Martin says. “You’re curing this huge number of people with pretty minimal short-term toxicity. The toxicities that are there take decades to show up. To replace ABVD you have to be really confident that your short-term efficacy is better and that your short-term toxicity isn’t a lot worse. You have to show that, long term, it’s not going to result in any other side effects.”

Adcetris available for frontline enhances the toolbox, and that’s the real benefit. “As more and more data comes in we’ll find more ways to use the tool,” he concludes. 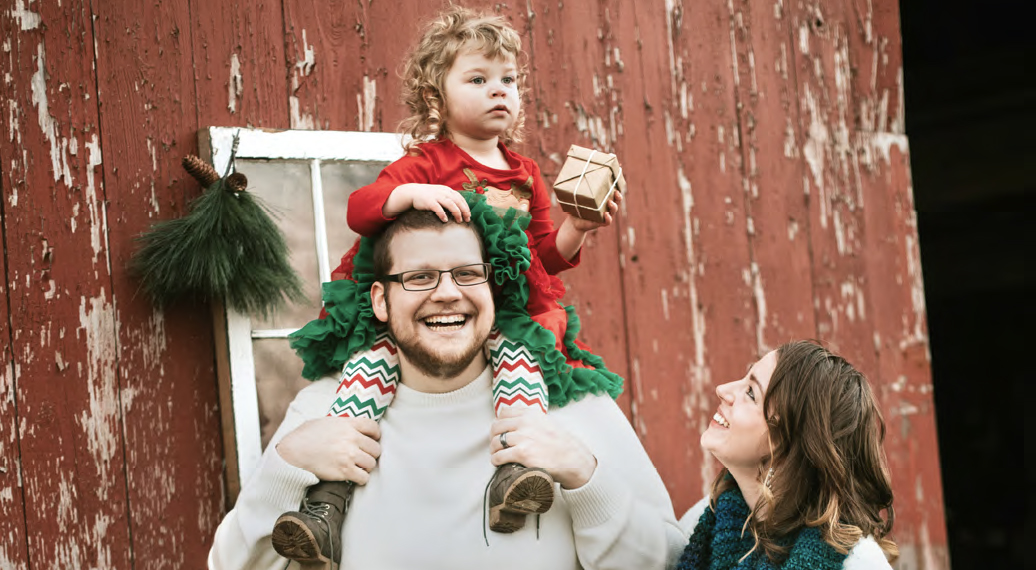 WALTER CZARNIK with his daughter EVELYN, and wife SARAH, credits the combination of Adcetris and Opdivo with jumpstarting his remission. - COURTESY WALTER CZARNIK
Walter Czarnik was just 25 years old when a doctor at his IT job site pulled him aside in concern. Did he always look so pale? He had been tired lately, consuming four or five energy drinks a day, and his doctor had prescribed him iron for anemia. Czarnik figured his exhaustion was easily attributed to the stress of losing his mother, followed by the birth of his daughter, Evelyn.

But the doctor encouraged him to visit a hematologist, and it wasn’t long before Czarnik faced a stage 4 Hodgkin lymphoma diagnosis. A week before his 26th birthday he began standard ABVD treatment in Flint, Michigan, with no apparent results. He then went to Detroit, where he enrolled in a clinical trial combining Adcetris and the immunotherapy agent Opdivo (nivolumab).

Treatment from the trial cleared the disease from Czarnik’s bone marrow, but it was still active in his lymph nodes. By the end of his 18-month ordeal he had endured treatment with ifosfamide, carboplatin and etoposide followed by carmustine, etoposide, cytarabine, and melphalan, then finally an autologous stem cell transplant.

Czarnik credits the Adcetris/Opdivo combination with jumpstarting his remission, giving him time with his wife, Sarah, and their young daughter. “I got to watch her develop and spend all of that time with her,” he says. “Immunotherapy was the best. I can’t think of any side effects that I had.”

“We’re seeing across the board an increasing use of immunotherapy and Adcetris,” Winter says. “We certainly don’t know the best way to incorporate these new agents and I think we’ll have to be very scientific about it looking at both early and late effects.”

Martin agrees, noting that immunotherapy may lead to later autoimmune problems. “We have to be really cautious as we evaluate it not to jump full scale into some toxicities that might be life threatening or have some significant toxicity attached to them for long periods of time.”

“ECHELON-1 demonstrates that ABVD is still great. The fact that we have Adcetris hopefully approved in another scenario is even greater. And the fact that we have immunotherapy in clinical trials is even greater,” Martin says. “Every time I think it’s not going to get better, it gets better.” Editor's Note: The FDA approved Adcetris for Hodgkin lymphoma on March 20, 2018.
Be the first to discuss this article on CURE's forum. >>
Talk about this article with other patients, caregivers, and advocates in the Lymphoma Cancer CURE discussion group.