Lasting side effects of lung cancer can challenge quality of life, but patients are finding ways to cope to have an improved quality of life.
BY MARILYN FENICHEL
PUBLISHED November 22, 2018 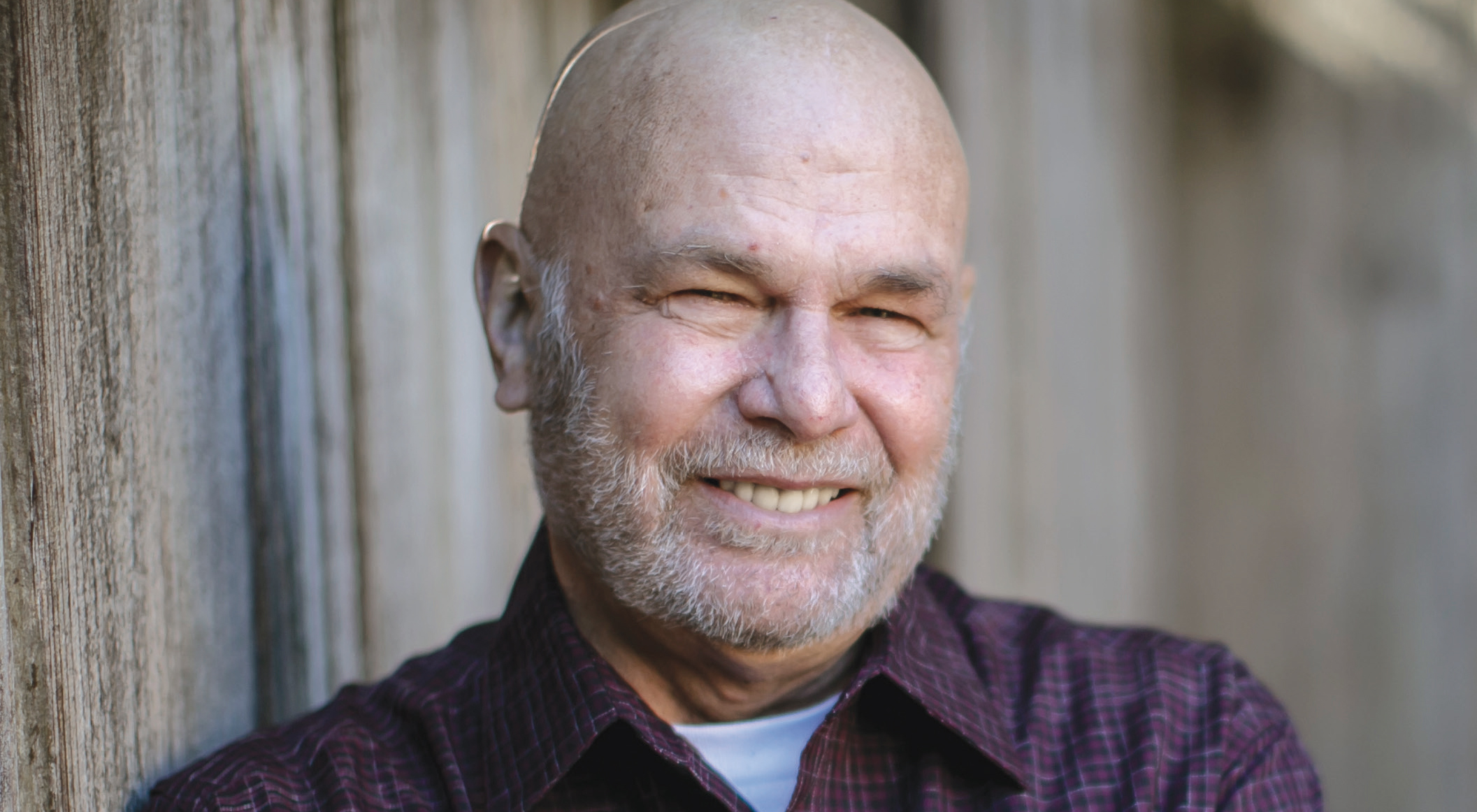 DON STRANATHAN has benefitted from targeted therapy and immunotherapy living with stage 4 disease. - PHOTO BY DANIELLE FAGAN
In 2017, Don Stranathan, a nine-year survivor of stage 4 non-small cell adenocarcinoma, thought his luck had finally run out. He had survived radiation, chemotherapy and targeted therapy, but the side effects from 37 infusions of the checkpoint inhibitor Opdivo (nivolumab) to treat a new tumor in his left lung had rapidly become life-threatening.

“I developed immune-mediated toxicity,” says Stranathan, 66, of Santa Rosa, California. “My pericardial sac filled up with fluid. I was in intensive care, where they drained 3 liters of fluids.” That episode was followed by a blood clot in his lung and an abnormal heartbeat. “They had to bring me back with paddles,” recalls Stranathan.

Miraculously, he survived those setbacks. Furthermore, his doctor had more options to offer. Stranathan’s lifesaving plan B was the newly approved triplet therapy of Keytruda (pembrolizumab), Alimta (pemetrexed) and Paraplatin (carboplatin). He continues to do well on this regimen.

Stranathan is the new face of lung cancer survivors. He’s part of a growing group of patients who have been able to segue from one therapy to another as old ones stop working and new ones are approved. Much of this transformation can be attributed to targeted therapy and immunotherapy.

“It’s been a sea change,” says Kristen Kreamer, a nurse practitioner in the department of hematology/oncology at Fox Chase Cancer Center in Philadelphia. “Only 15 years ago, a stage 4 lung cancer diagnosis was a death sentence. There was nothing you could do. Now these patients are living far longer, though cancer is still very much a part of their lives.”

Recent statistics about mortality rates for patients with stage 4 disease show a positive trend. Based on results from the National Institutes of Health’s Surveillance, Epidemiology and End Results program for 2008-2014, the five year-survival rate was 18.6 percent. By comparison, in 1975, this rate was about 11 percent. Furthermore, thanks to new technology, 16.1 percent of patients receive diagnoses at an earlier stage, and their five-year survival rate is about 56.3 percent.

Yet even that has its costs. Most lung cancer survivors live with an array of side effects that can be brought on by older treatments, such as radiation and chemotherapy, or newer ones like targeted drugs and immunotherapies.

Few of these individuals are languishing at home, however. “People are incredibly resilient,” says Rachel Odo, LCSW, an online group moderator with CancerCare, the leading national organization dedicated to providing free, professional support services, including counseling, support groups, educational workshops, publications and financial assistance to anyone affected by cancer. “They are figuring out how to live fully and well.”


Each cancer treatment brings its own set of potential side effects, adding an extra layer of complication. Most patients receive more than one treatment type, compounding the number of side effects they experience. “If a patient has a lung removed, there is less pulmonary reserve, resulting in long-term breathing problems,” Kreamer says. “Radiation on top of surgery can cause scarring, adding to the breathing problem. These issues tend to be worse for smokers, who may also have emphysema and chronic obstructive pulmonary disorder (COPD).”

The stage at the time of diagnosis also affects long-term survival. “Patients diagnosed earlier are really a separate population from those diagnosed at a later stage,” Kim says. “(Although) they may undergo surgery, chemo and radiation, their treatment has a conclusion, whereas those with stage 4 lung cancer are being treated continuously. Increasingly, though, these patients are being treated successfully for longer periods of time.”

Chemotherapy, especially regimens that are taxane- and platinum-based, may cause peripheral neuropathy — numbness and tingling in the hands and feet — hearing loss and changes in kidney function. 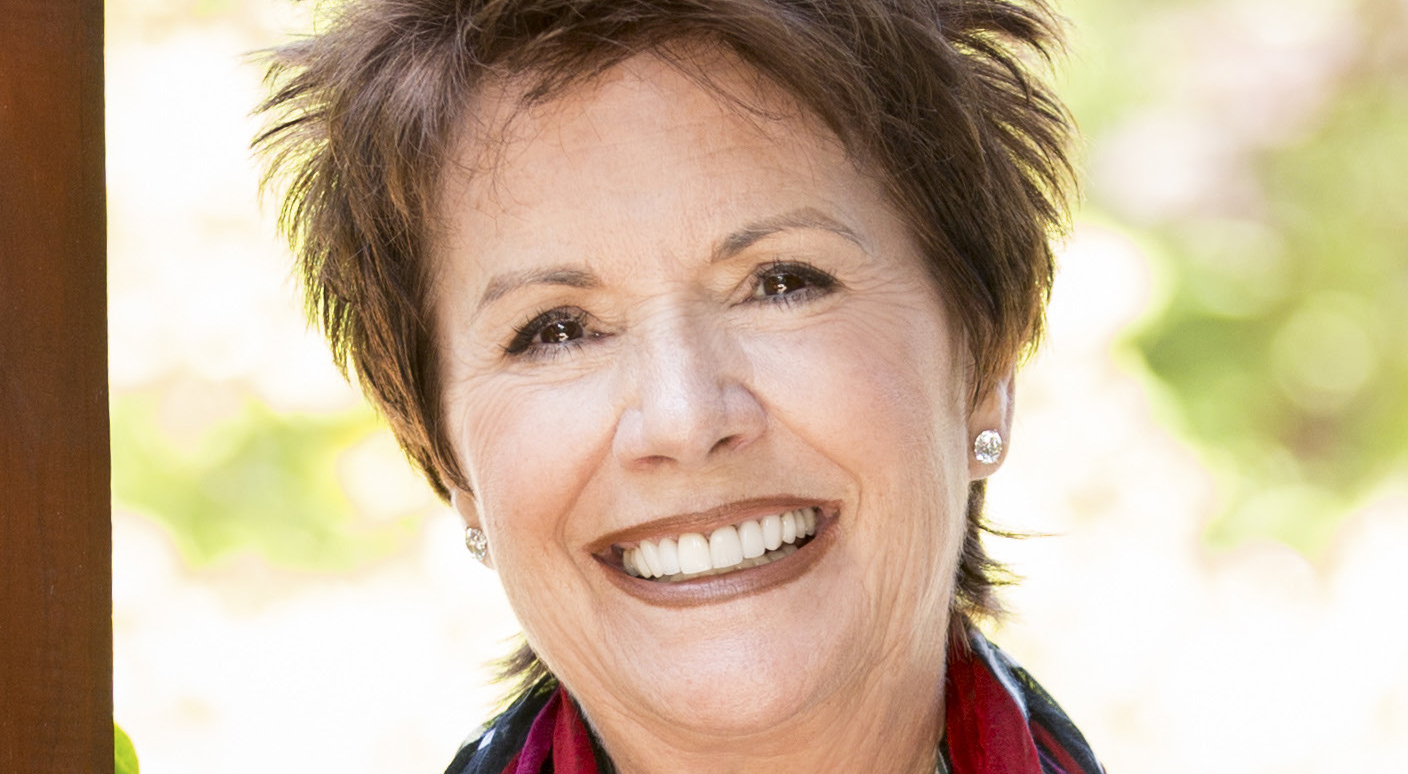 BONNIE J. ADDARIO, a 14-year survivor, created one of the leading lung cancer nonprofit organizations focused on eliminating the disease. - PHOTO BY ROBERT HOUSER
Bonnie J. Addario, a 14-year lung cancer survivor and founder of the Bonnie J. Addario Lung Cancer Foundation, had both a difficult surgery for her stage 3b/4 non-small cell adenocarcinoma and an unexpected traumatic recovery. Her tumor was close to the aorta and the subclavian artery, making the procedure particularly complex.

It lasted 14 hours and involved removing her left lung and part of her aorta and subclavian artery. She also had targeted radiation during the operation.

About three months later, she felt a sharp pain in her hip while crossing the street. It turned out to be the first sign of necrosis, a condition that occurs when bone, deprived of a steady blood supply, disintegrates. She had to undergo multiple surgeries, including hip replacement, to correct the problems in her hip and leg.

“I had several pulmonary embolisms after the necrosis surgery,” Addario recalls. “It is very important that patients watch for swelling in their legs, which can be an indicator of a pulmonary embolism — a very dangerous development.”

Addario also lives with chronic hoarseness. She lost functioning of one of her vocal cords during surgery, which also affected her esophagus. Now whenever she drinks anything cold, she coughs.

But Addario, who is in her late 60s, doesn’t let those issues stand in her way. She has become a powerful advocate for lung cancer survivors. Her foundation includes a strong education component and provides funds for cutting-edge clinical research. “Through our programs, we share what we’ve learned about surviving lung cancer, including how to cope with side effects, such as the ones I’ve experienced,” she says. “Simple things like resting my voice after I’ve done a lot of talking or drinking tea with honey can make a big difference.”

UNIQUE SIDE EFFECTS OF NEW THERAPIES


Immunotherapy is still quite new, and its associated side effects are just starting to emerge. Over the short term, they appear to be minimal, with fatigue and shortness of breath topping the list.

“I get tired easily, and after a while, I don’t have the air to talk,” says Joe Ruchala, of New York, who has been on Keytruda since 2017 to manage stage 4 lung cancer. He also has idiopathic pulmonary fibrosis and COPD. “And food doesn’t taste the same anymore. I force myself to eat, but it’s not as much fun as it used to be.”

But Ruchala, 73, strives to not be defined by his cancer. “I know what I can and cannot do,” he says. “I can’t walk and talk at the same time. I can play golf, but I can’t walk the course. I’ve learned my limits.”

Recently, oncologists became aware that over the long term, immunotherapy can have a more serious impact.

The benefit of this therapy is that it turns off the brakes off the immune system, unleashing the body’s power to attack pernicious cancer cells. Over time, that power can turn on the patient’s own organs.

“We’re seeing inflammation in the body’s organs, particularly the colon,” Kim says. “The inflammation can lead to colitis, which causes diarrhea and discomfort. The thyroid, adrenal and pituitary glands can also be affected.” Skin reactions are common, too, including rashes, redness, blistering and dryness.

Immunotherapies may also make the skin on the fingertips crack and increase skin’s sensitivity to sunlight.

Kim advises patients to alert their oncologist as soon as symptoms emerge — the issues are easier to manage if caught early. “We try to nip these problems in the bud,” he says. “Often, simple remedies can help. It’s especially important for patients to maintain their weight by keeping their caloric intake up and staying as active as possible.”

Targeted therapy, too, has its share of side effects. Tarceva (erlotinib) and Iressa (gefitinib), two medications approved for patients with the EGFR mutation, can cause a rash, diarrhea and shortness of breath. “The rash can be a big problem,” Kreamer says. “A newer medication, Tagrisso (osimertinib), appears to cause this side effect less frequently.”


Despite the prevalence of side effects, the mood among survivors is increasingly upbeat. Many turn to online support groups to discuss emotional concerns that have emerged since their diagnosis. “They share hard feelings and anxiety about upcoming scans and other issues, but then they have the opportunity to put those feelings into perspective and move forward,” Odo says.

Resourcefulness is another hallmark of survivors. People who develop serious voice issues turn to technology to continue communicating with family and friends. “They send text messages and type notes into their phones,” Odo says.

But survivors do more than just cope. They ponder the future and ways to make their lives meaningful. They make plans, whether that means scheduling a lunch date for next week or attending a graduation six months away.

“The paradigm of survivorship is shifting,” Odo says. “The emphasis is on long-term living.”
Be the first to discuss this article on CURE's forum. >>
Talk about this article with other patients, caregivers, and advocates in the Lung Cancer CURE discussion group.