An Extraordinary Healer and So Much More 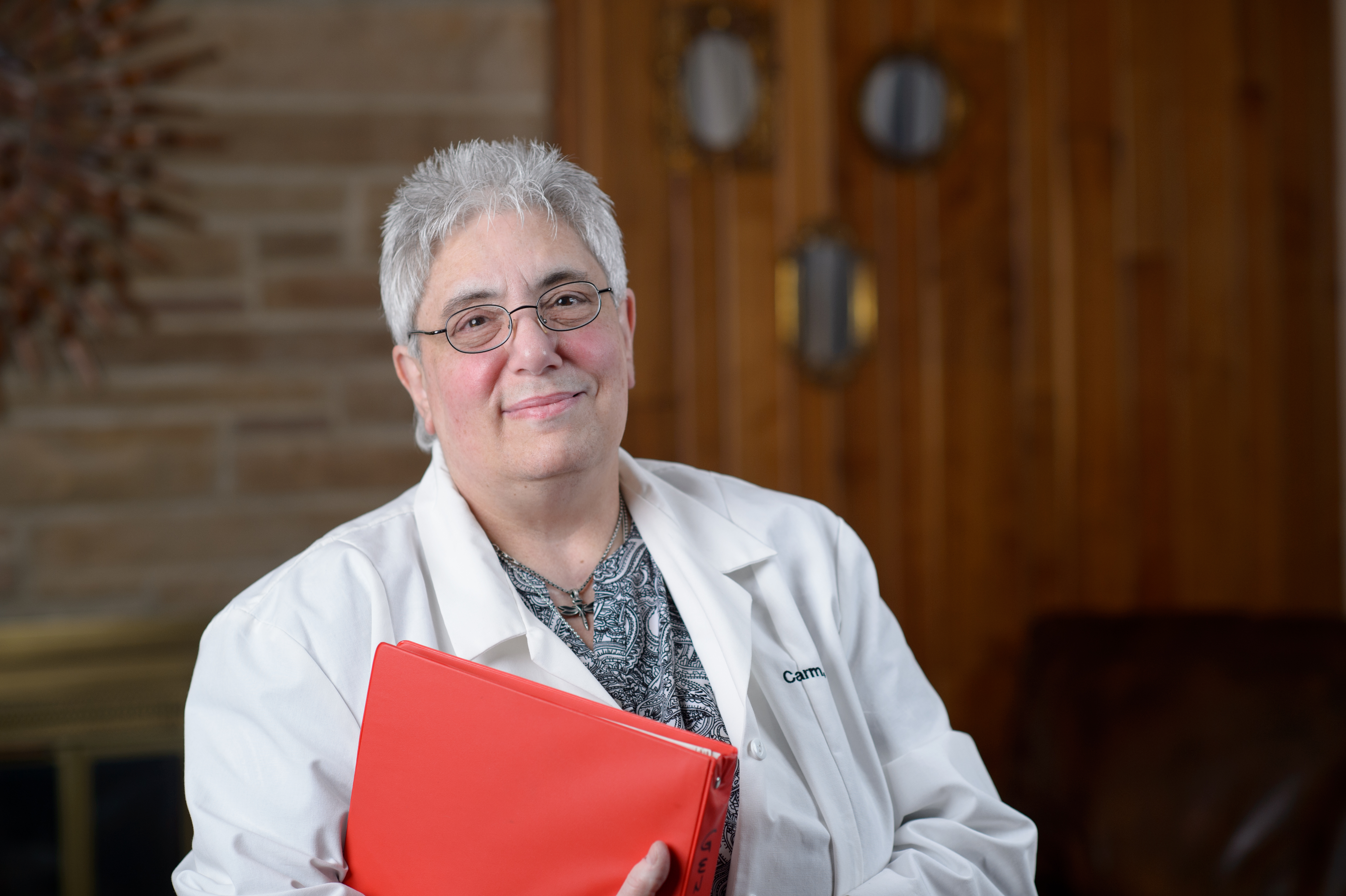 Carmi Fazio, RN, BSN, ONA - PHOTO BY KEN CARL
If someone would have told me in my youth that I would battle cancer and all of the fallout that has resulted, I never would have imagined that I would have the fortitude and courage to endure the life-changing ordeal. I am convinced that people come into our lives for a reason.

At the time I met Carmi Fazio, RN, a nurse moderator of “What Next,” an online support site sponsored by the American Cancer Society, I was at one of the lowest points in my life. It was New Year’s Eve of 2012, and I was in remission from endometrial adenocarcinoma stage 3b, grade 2. However, as a result of the radiation, I developed gastroparesis. My stomach became paralyzed and no longer worked properly; it wouldn’t contract to move the food down into the intestines. As a result, I would vomit and everything would come back up. I was unable to digest even the smallest amounts of food. I was depressed, in pain and seeing no end in sight, thinking things were hopeless.

Carmi provided me what I needed most: two shoulders to lean on. She was able to explain things to me medically and pushed me to continue to seek out doctors for additional care. And I did. Within three months, with her help, I had surgery and a gastric stimulator implanted. This enabled me to be able to once again digest food. Most importantly, I found a renewed sense of hope. What was even better was that I had found myself a new friend and ally in this journey.The most generous soul I know, Carmi goes beyond the role of nurse. She gives of herself completely. She makes herself available to her patients any time of the day or night. Her patients all have her personal phone numbers and know that they can call her at any hour. Carmi has always said that her patients have to come first. She has said that to her, her patients are so bravely fighting the bravest of fights. She counsels them on their disease, scans, chemotherapies, questions to ask their doctors, pain management and so much more.

She has sent patients computers or tablets so that they could communicate with their families. She has paid for their cable so that they could be comfortable while fighting their disease. I know this because she has paid for my cable for the past three years. I had decided it was not a necessary expense and had only Netflix, but Carmi insisted that I needed a way to relax and unwind. She has since paid for my Direct TV. She has also paid to have medicine delivered to patients so they wouldn’t have to continue to be in pain through the weekend without it. Recently, she had a patient with terminal cervical cancer who was in so much pain that she couldn’t sleep. The mattress that was supplied with the bed was thin and offered little to no comfort for her. Carmi felt that in her last few weeks, she deserved at least the ability to sleep without pain or discomfort. So, she purchased the mattress for her patient and had it delivered to her house.

Carmi Fazio is a rare breed. She puts the needs of others well before hers. She lives a modest life so that she may truly be in the service of others. What a genuine legacy she is leaving behind. I can only imagine the number of countless souls she has touched before they have crossed over, and I know that they, like myself, are all the better for knowing and loving Carmi Fazio. She asks nothing in return from these patients. Her joy is in knowing that in some small way she has made their journey a little easier.

A few years ago I wandered onto the “What Next” site looking for a lifeline, not realizing that I would find Carmi Fazio, RN, a lifeline to many. She not only pulled me out of my deepest despair but continues to be one of my best friends, even though she is thousands of miles away. I would love to have the opportunity to meet Carmi in person and explain to her just how much she means to me and to countless others.
Be the first to discuss this article on CURE's forum. >>
Talk about this article with other patients, caregivers, and advocates in the General Discussions CURE discussion group.