Even with protective laws, survivors of cancer face obstacles in employment.
BY Kathy LaTour
PUBLISHED November 18, 2016 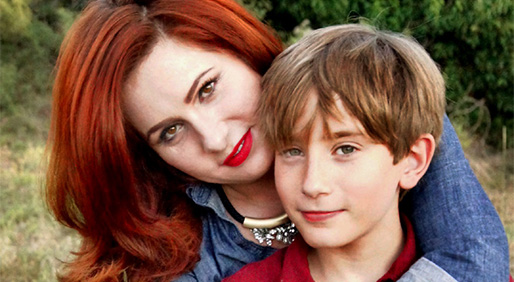 ASHLEY THOMPSON, with her son MADDOX. - PHOTO COURTESY OF ASHLEY THOMPSON
With all of the challenges that come with a cancer diagnosis, moving forward after treatment should not involve financial insecurity, yet for many survivors it does. They may face loss of savings from out-of-pocket expenses, disability, and even lack a sense of self if they identify with work they loved but can no longer accomplish.

Even those who successfully navigate these challenges may still face the possibility of becoming uninsured or underinsured if they choose to change careers or companies.

The result is that, despite legal safeguards now in place such as the Family Medical Leave Act (FMLA), Americans with Disabilities Act (ADA), Health Insurance Portability and Accountability Act (HIPPA), and the Patient Protection and Affordable Care Act (ACA), loopholes remain, and survivors may find their employment diminished or their prospects for advancement bleak.

Indeed, many survivors remain in jobs with health insurance in situations where exiting the labor force, reducing hours, or changing employers would otherwise be the more attractive alternative. “The right choice around work and each decision a survivor makes is totally unique,” says Rebecca Nellis, Chief Mission Officer of Cancer and Careers, a nonprofit founded by the Cosmetic Executive Women (CEW) foundation in 2001.

The association saw a need in the cancer survivor community to empower and educate people with cancer to thrive in their workplace by providing expert advice, interactive tools and educational events, Nellis says. Cancer and Careers is one of a number of organizations that provide free counseling and legal advice on all aspects of employment for cancer survivors.

Full Disclosure and Side Effects

Nellis says the most immediate question survivors should answer is whether they will “disclose” their diagnosis at work. It may be that they want to let only human resources know in order to access the benefits available through their company and the law. For those who feel their advancement options would be in jeopardy should their superior find out, not disclosing may be a choice the survivor makes.

The second largest issue Nellis cites is side effects and the reality that these may not end when treatment is over. These after effects may also have an impact on the employee’s decision to disclose in order to access reasonable accommodations required by the ADA.

For example, Nellis says: “Someone on the finance team who prints a lot and the printer is on another floor or across the room. If that person is experiencing fatigue as a side effect, a reasonable mitigation at work would be to put a printer nearby.”

Finding Her Footing After the Fast Track

In 2011 Ashley Thompson had secured her place on the fast track at the education research company where she worked in San Antonio, Texas. Lauded for her creativity, she was given more responsibility on projects led by executives she respected. The 31-year-old single mother of a six-year-old son was also finding her voice after leaving an abusive relationship.

Then she began to feel “not right,” she recalls, with times of confusion and even physical challenges that left her balance in question.

“The doctor said, ‘You are 31 and a single mom with a lot of responsibility and stress, so here is some Xanax,’” Thompson says. A second visit to another doctor who told her the same thing had her questioning her sanity, and there were still days when she felt like she needed a walker to get from room to room because of coordination issues.

“I finally found this great physician assistant, and when she walked into the exam room, I just started crying. I told her I know something is wrong — I know it — but everyone is telling me it’s nothing.”

The PA said she would order an MRI to be sure and would phone Thompson with the results.

The phone rang at 7 p.m. that night. Not only did the MRI show a tumor on her kidney, but white spots on the brain that were the body’s immune response to having cancer called paraneoplastic limbic encephalitis (PLE) that were causing the neurological problems she was experiencing. Thompson says it was the body’s way of telling her something was wrong.

Thompson had her kidney removed with no further treatment and began therapy for the PLE, working from home except for trips to the Mayo Clinic to see an autoimmune specialist. “I was out of work two months, and I wanted to go in because work was my place to feel normal and I didn’t have to think about it,” she says, but the reality soon became very different.

“I felt like cancer girl,” she says. “They were very supportive and everyone would come up to talk to me, and even those who didn’t talk about the cancer, knew about it.”

She believed her work assignments had been made easier and that they were all taking care of her.

“It seemed like I wasn’t given the same opportunities because they felt sorry for me. I don’t know what they were thinking,” she says,” but in my heart I think it was that I was this poor single mom so they wanted to surround me with love and protect me.”

After two years of trying to regain her footing, Thompson decided it was time to make a clean start and to find somewhere she would feel more fulfilled.

Unfortunately, some side effects of the PLE were still apparent, meaning there were days she could not go in to work.

As she searched for options to help her frame her survivor issues to a new employer, she found Cancer and Careers.

“I knew it was what I needed. They offer the resources to stay organized.” She gathered all their materials into her “cancer binder,” and began to reframe how to describe her illness.

“I didn’t say I worked from home as an accommodation; I went in with a plan and answers for why without saying why.” Thompson described her routine as an “independent worker.” But the major difference, she says, was being able to control the information that was known by her colleagues. Eventually, she did let her new company know her past, actually speaking on the topic for colleagues and creating a number of cancer education pieces to use with the company’s 60,000 employees.

Nellis says the role of Cancer and Careers is to help survivors think about the questions they need to ask. “At diagnosis you feel out of control,” Nellis says. “We help people discover where they do have control and how they want to share their diagnosis. You have to weigh things.”

For example, she says that in considering priorities if a survivor wants all the legal protection offered by the law, they want a larger company, but if flexibility is the priority, it might be a different kind of company. If you find your goal is to contribute to a mission-driven organization, it means doing your homework on the values of the company you are considering. Or, she says, identify what makes you feel purposeful and begin with small shifts in that direction. 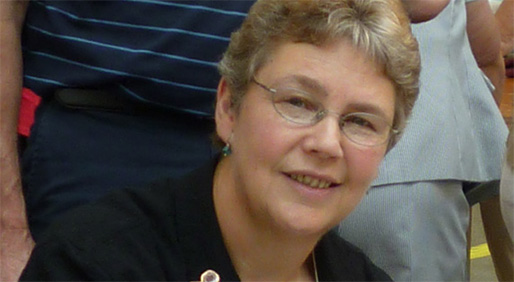 Ginny Mason was working in an outpatient mental health clinic when she was diagnosed with inflammatory breast cancer in 1994.

“The breast was enlarged and itched,” she says. “I also had what I can only describe as electric shocks in the breast. There was no red, but I did have the orange peel skin.”

Mason assumed it was hormones and her mammogram seemed to confirm it. “The radiologist called me a ‘hypochondriac nurse’. Even my internist said it didn’t look like cancer and we should watch it.”

So Mason went home and watched it grow until the pain was so severe she was referred to a surgeon. At the time, she was also waiting to have gall bladder surgery and when the surgeon came into the exam room after a gallbladder ultrasound, she expected they would talk about scheduling it.

Instead he sat down next to her and said that on a scale of 1 to 10 she had the worst breast cancer she could have. He took her by the hand to walk to the oncology group, who he had already called. They wanted to start chemotherapy immediately.

“I couldn’t call my husband and tell him I just had chemotherapy and come get me, so I told them that I would be back [for treatment] on Monday after I did a few things at work and could tell my family.” When Mason arrived back at the clinic, she began seeing patients and by the end of the day went in to tell the psychiatrist, her supervisor.

“I just told him I had to take Monday afternoon off for a medical appointment, and he said fine. Then when I was leaving he said, ‘I hope it’s nothing serious.’ I said yes, it was, that I had a serious kind of breast cancer and 12 to 18 months to live. He started to cry.”

Mason had six rounds of chemotherapy before her surgery, working the entire time. The way she told friends and family was to cut her waist length hair to a short bob the day before chemo began, knowing it would open the door to talk about it. Her work situation could not have been better, she recalls, but in the back of her mind, she had known for a while that she wanted to do something different. She had once hoped to become a nurse midwife but lasting effects from cancer treatment ended those plans.

Her husband, a minister, was planning for a move from Virginia to northern Indiana for a new church. Before the move, she began to volunteer in the cancer community, knowing her survival was a miracle with a diagnosis the doctor said at the time had only a three percent survival rate at five years.

Shortly before Mason and her husband moved to Indiana they met Owen Johnson, founder of the newly formed Inflammatory Breast Cancer Research Foundation who had lost his wife to the disease. Mason began as a volunteer, answering calls on the helpline but soon became the executive director — a full time job.

Mason says that being an advocate has essentially taken over her life, but in a good way: “My husband and I joke that he has his congregation and I have mine.”

The diagnosis has changed her from a quiet, reserved minister’s wife to an outspoken advocate.

“Employment is a common topic topic among patients, and when I say I worked through treatment, I know many women can’t do that, but for me it was better than sitting home feeling terrible.”

One employment issue that comes up she says is survivors being passed over for promotion because the boss doesn’t think they will live. “We also have issues such as lymphedema, which is hard to hide and speaks to why women want to appear physically as normal as possible,” she says. In addition, the cognitive issues can make it very hard to continue a job that requires critical thinking, mentally organizing or writing.

“They can’t fire you, but if they are bent on not keeping you around, they can get around it,” Mason says.

Mason refers women with such issues to the Cancer Legal Resource Center and the Patient Advocate Foundation in hopes that if something like this does happen, there is legal recourse. “It’s not the career I had planned before cancer, but it’s good to use my nursing and patient experience to help others.”
Continue the conversation on CURE’s forum. >>
Talk about this article with other patients, caregivers, and advocates in the Career/Workplace CURE discussion group.