After an inflammatory breast cancer diagnosis, Ginny Mason was given a only 3 percent chance to live, but the nurse decided that she would, indeed, be a part of that 3 percent.
BY Caitlyn Fitzpatrick
PUBLISHED March 09, 2016 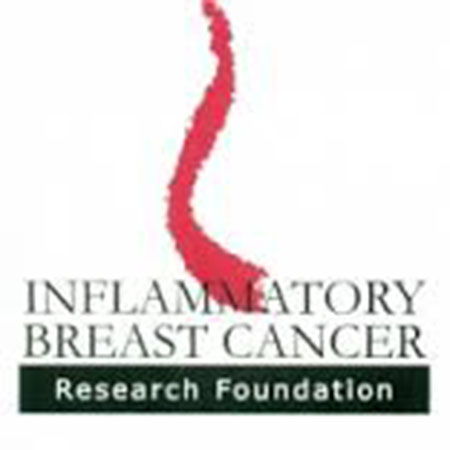 On March 18, 1994, Mason was diagnosed with stage 3B IBC – although by today’s criteria it would fall under stage 3C. She was only 41 years old and at that time, the diagnosis was a death sentence. But Mason didn’t turn in the towel when she was told that she would probably die from the disease within 12 to 18 months.

“I tend to be an optimist, so when I was told I had a 3 percent chance of being alive at five years I took it as a challenge, not an absolute, knowing that someone had to make up that 3 percent,” Mason told CURE.

Mason was pursuing four-year nursing degree in the mid-1970’s when she put it on hold to have her daughter. When her only child began kindergarten, she went back to school to become a licensed practical nurse (LPN).

Mason’s diagnosis happened on a Friday, and they wanted her to start chemotherapy that day. Instead, on Monday, she returned to work at an outpatient mental health clinic with short hair, having cut her waist-length strands that weekend. She divulged to her coworkers that she would begin chemotherapy that day and continued the treatment for five months. Mason underwent a mastectomy with lymph nodes removal followed by daily radiation for six weeks all with her high school sweetheart, now husband of 45 years, by her side.

After the various treatments, Mason was NED (“No Evidence of Disease”) – a term often used in IBC instead of “cancer free” because of the high recurrence rate. IBC is not a “typical” breast cancer; someone doesn’t have to have a lump to indicate the condition.

Undergoing treatment for IBC is anything but easy, but Mason proves that it’s all about perspective. “You can’t control what happens to you, only how you respond,” she says.

This was when Mason decided to complete an A.S. to earn the RN status. Then she obtained her BSN from Eastern Mennonite University in Virginia in 1999, getting more education in case her health didn’t allow her to do the hands-on work that nursing required. That same year, Mason joined the newly formed IBC Research Foundation.

While working on her graduation thesis, Mason found an online IBC discussion list run out of Canada. This is where she met Owen Johnson – who had lost his wife to the condition. The two met face-to-face in Alaska and that summer she began volunteering for the organization. With a medical background herself, Mason quickly became a valuable member.

“When we started in 1999, we were naïve and never dreamed we’d still be needed 17 years later,” she says.

The main focus in the beginning was uncovering “the cause” of IBC. However, since the cause is usually not one single factor, IBC Research is currently reevaluating their mission to reflect the organization’s range of activities.

The small, grassroots nonprofit started making contacts with researchers, developing a website, joining Facebook and Twitter, and creating an email discussion list. Slowly but surely, IBC Research was making a name for itself within the breast cancer community. The team collaborated with the National Breast Cancer Coalition, Board members went through Project LEAD science training, and attended the Annual Society of Clinical Oncology (ASCO) and American Association for Cancer Research (AACR) meetings.

“My husband says my IBC lit a fire under me to accomplish things,” Mason says.

Since 2009, the organization has been given nearly $300,000 in grants, with the help of their Medical Advisory Board, to fund IBC specific research. IBC Research is a member of the Metastatic Breast Cancer Alliance and has partnered on projects with the Young Survival Coalition, Living Beyond Breast Cancer and Metastatic Breast Cancer Network. IBC had limited available information at the time of Mason’s diagnosis. But the work by the IBC Research Foundation has paved the way for a brighter future.

“Each day I struggle with survivor guilt, especially when we lose yet another young mother,” Mason says. “I guess that’s one of the reasons I do what I do, it’s a way to give back for these bonus years I never expected to have-- a responsibility I don’t take lightly.”

Now at age 63, Mason handles all of the administrative responsibilities and serves as the “face” for IBC Research. In addition, she serves on two clinical trial groups and other cancer focused initiatives. All of that plus eight grandchildren keeps her busy. As you could imagine, Mason learned a lot from her experience with cancer – never stop asking questions, go to a physician that has specifically treated IBC before, and, maybe the best of all …

“There is no such thing as a bad hair day!”
Be the first to discuss this article on CURE's forum. >>
Talk about this article with other patients, caregivers, and advocates in the General Discussions CURE discussion group.