An mRNA vaccine that works against KRAS mutations is being tested with and without immunotherapy for advanced or metastatic pancreatic cancer.

Can a new vaccine using messenger RNA (mRNA) make the most prevalent pancreatic cancer mutation more treatable? Will it work better in combination with immunotherapy?

Researchers are testing a new vaccine that targets KRAS mutations in pancreatic and other solid tumor cancers, including colorectal and non-small-cell lung cancers. About 95 percent of pancreatic cancers have the KRAS mutations. The vaccine alone will be compared with a combination of the vaccine plus immunotherapy.

KRAS is a gene belonging to the Ras gene family. It plays a key role in regulating cell growth, division, survival, and death. When KRAS is mutated that entire process is disrupted, leading to the uncontrolled cellular growth and ultimately cancer. Because KRAS is so common in pancreatic cancer, significant effort has gone into finding ways to target the protein and stop its aberrant signaling activity. This has proven very difficult, to the point that KRAS has been considered “un-druggable.”

What Is an mRNA Vaccine?

Messenger RNA (mRNA) is genetic material that provides the instructions or code contained in the DNA strands for making proteins. An mRNA-based vaccine teaches cells how to make a specific protein that triggers an immune response in the body. Recently, mRNA vaccines have been shown to prevent infectious diseases such as COVID-19; these vaccines also have the potential to be used in cancer treatment. The mRNA vaccine tested in this clinical study, called mRNA-5671 or V941, instructs the immune system to recognize the mutated KRAS proteins and attack the cancer cells.

To participate in this trial patients must have advanced or metastatic cancer with the KRAS mutation. In addition, all pancreatic cancer participants must not have microsatellite instability (MSI)-high or a mismatch repair deficiency, as determined by genetic testing.

The trial is divided into two arms. One group will receive the mRNA vaccine alone; the other group will receive the vaccine plus the immunotherapy pembrolizumab (Keytruda). Pembrolizumab is a monoclonal antibody that is part of a class called checkpoint inhibitor drugs. Checkpoint drugs help restore the immune functions of cells, allowing the body to recognize the cancer cells as foreign and kill them.

Researchers are looking to find the dose of the vaccine that is most effective with the least side effects. They are also looking at effectiveness in slowing the progress of the cancer.

This trial is open in the U.S. and in locations around the world including Australia, Hong Kong, the Republic of Korea, Singapore, and Taiwan.

We encourage you to consult your physicians for clinical trials that may be right for you. The website ClinicalTrials.gov provides more details about this trial, as well as many others. You can visit the Emerging Med Trial Finder for a listing of all active pancreatic cancer clinical trials. 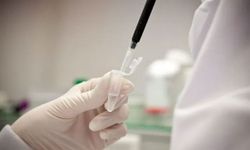 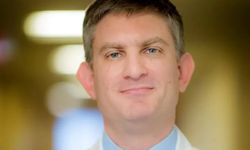 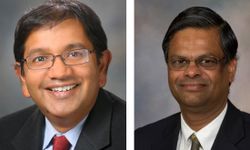