The Pancreatic Cancer Collective, a collaboration between the Lustgarten Foundation and Stand Up To Cancer, announced four recipients of further funding to develop new treatments for pancreatic cancer.

Scientists are using their expertise to find better therapies for a disease we are all too familiar with—pancreatic cancer.

In an effort to spur innovation and to bring the most promising research quickly to patients in clinical trials, the Pancreatic Cancer Collective, a collaborative effort between the Lustgarten Foundation and Stand Up To Cancer (SU2C), has awarded additional second-round funding of up to $16 million to four teams of top researchers as part of its “New Therapies Challenge Grants.”

In November 2018, the Pancreatic Cancer Collective awarded seven teams up to $1 million each to pursue preclinical work over 13 months, including several projects seeking to repurpose drugs approved for other uses for their potential to treat pancreatic cancer. The four teams that received second-round funding demonstrated the most promising preliminary results, which would allow them to take these potential therapies into clinical trials.

“These ‘Challenge Grants’. . . are working exactly as intended,” said Phillip A. Sharp, Ph.D., the Nobel laureate and Massachusetts Institute of Technology (Boston) scientist who serves as chair of the Stand Up To Cancer Scientific Advisory Committee. And it’s these challenge grants “that have the potential to provide new treatment options to patients with pancreatic cancer,” says Elizabeth Jaffee, M.D., the Dana and Albert “Cubby” Broccoli Professor of Oncology and Deputy Director, Sidney Kimmel Comprehensive Cancer Center at Johns Hopkins (Baltimore, Maryland).

Although long-term survival of pancreatic cancer is inching upwards, new treatments for the disease are of utmost importance to improve outcomes. The American Association for Cancer Research, the scientific partner of SU2C, will support the administration of these projects receiving funding for the second round. The four teams are exploring potential pancreatic cancer treatment from several different angles, bringing insights from experts in immunology, targeted therapy, genomics, and other important areas of study.

Take a moment to review the work of the second-round Challenge Grant research studies.

Cancer cells are notorious for out-of-control growth and division. It is a very complex process, but simply, it’s often the result of a breakdown in communications among a long chain of proteins and activating enzymes located along signaling pathways. One such pathway is dubbed MAPK (mitogen-activated protein kinase). When the MAPK pathway works well, the proteins and enzymes pass signals down the line to the end, where a gene is activated to induce cell division and proliferation. But when the upstream signal stops, the activation stops.

In pancreatic cancer, a mutated KRAS protein remains active, always transmitting signals, even when the other proteins and enzymes have stopped. As a result, the cells at the endpoint divide out of control. One protein is called MEK, which stands for mitogen-activated protein kinase. It has been an especially popular drug target, but after a while the cells develop a resistance mechanism.

A team of scientists in Germany and the Netherlands, who have received this second-round funding, may have found a way to overcome this problem. They are targeting SHP2 (also known as PTPN11), which plays an important role in linking receptor tyrosine kinase signaling to the MAPK pathway. By using one drug to inhibit SHP2’s ability to pass on signals to KRAS, combined with another drug to inhibit MEK’s ability to receive them further down the line, the researchers have seen success at preventing rampant cell proliferation in mouse models.

The team is led by René Bernards, Ph.D., of the Netherlands Cancer Institute in Amsterdam, along with co-leaders Hana Algül, M.D., Ph.D., Technical University of Munich, and Emile Voest, M.D., Ph.D., Netherlands Cancer Institute. In the second stage, the team will move into a phase I/Ib clinical trial to test the combination of SHP2 inhibitors (RMC-4630) and ERK inhibitors (LY3214996). The results are expected to lay the basis for a phase II clinical trial.

PARP inhibitors, which shut down a DNA repair enzyme called poly (ADP-ribose) polymerase or PARP, have changed the treatment landscape for a select group of breast and ovarian cancer patients, and some pancreatic cancer patients. But the drugs only work for a while.

Eventually the cancer finds a way to outwit the PARP inhibition and begin its process of uncontrolled cell division yet again. A team of researchers from the Dana-Farber Cancer Institute (Boston, Massachusetts) is trying to figure out how to outsmart pancreatic cancer by making PARP inhibition more effective for these patients. The Pancreatic Cancer Collective’s “New Therapies Challenge Grant” second-round funding is giving them a boost.

The team is led by Alan D’Andrea, M.D., with James Cleary, M.D., Ph.D., as co-leader. The team’s preclinical data suggests that combining gemcitabine with inhibitors that target regulatory proteins involved in DNA repair could be an effective therapy in platinum-resistant pancreatic cancer.

Based on these laboratory findings, the team is developing three pancreatic cancer clinical trials testing gemcitabine-based combinations: gemcitabine/ATR inhibitor BAY1895344; gemcitabine/CHK1 inhibitor LY2880070; and gemcitabine/Wee1 inhibitor AZD1775. The most promising combinations will be identified for potential validation in larger trials.

Imagine a dose of a radioactive drug so precise it targets only metastatic pancreatic cancer while leaving healthy cells alone. That’s the premise behind research called “Molecularly Targeted Radionuclide Therapy via the Integrin AlphaVBeta6,” which is being conducted by a team of University of California, Davis scientists. Julie Sutcliffe, Ph.D., is the team leader, with her colleague Richard Bold, M.D., as co-leader.

The team has been working to develop a peptide receptor radionuclide therapy (PRRT) that involves homing in on a protein called integrin αvβ6, a cell surface receptor that can be found in pancreatic cancers.

They have synthesized in the laboratory a pair of related peptide constructs that are tagged with two different radiolabels. One radiolabel facilitates the imaging of pancreatic cancer lesions in patients that can more likely benefit from the PRRT. The other radiolabel can facilitate the killing of the pancreatic cancer cells. Promising results have been obtained in laboratory testing of the peptide constructs.

In the second round of funding, the team will conduct a phase I, first-in-human study to evaluate the feasibility, safety, and efficacy of the two peptide constructs. The study will determine if one construct can detect lesions in patients with locally advanced or metastatic pancreatic cancer; establish the safety and tolerability of the pair; evaluate the maximum tolerated dose of the second construct; and, using pre-clinical models, establish an optimal dosing regimen.

In the same way that vaccines protect us from the devastating effects of influenza or measles, vaccines are also being studied to spur the immune response to recognize and destroy pancreatic cancer cells. The fourth team of researchers to receive second-round funding is developing an immune therapy approach to target mutations in the molecule KRAS.

In the first round of funding, the team used innovative strategies in bioinformatics, biochemistry, and cell biology to identify specific mKRAS protein sequences that can be recognized by T cells. They then isolated a series of molecular receptors that enable T cells to home in on cancer cells expressing mKRAS.

Based on these findings, the team is conducting two different clinical trials with novel vaccines aimed at triggering mKRAS immune responses in patients with resected pancreatic cancer. In round two of funding, the team plans to use the most promising T cell receptor identified and conduct a clinical trial of engineered T cell therapy for patients with metastatic pancreatic cancer. 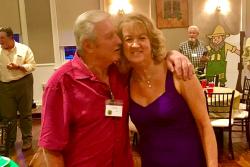 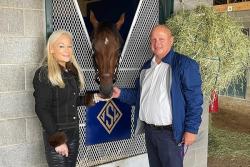 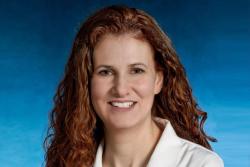