From Dick Vitale receiving the Jimmy V Award at the 2022 ESPYs to a former triathlon champion opening up about his cancer experience, here’s what’s happening in the cancer space this week.

Dick Vitale received the Jimmy V Award for Perseverance at the 2022 ESPYs.

Dick Vitale, a college basketball broadcaster and Hall of Famer was awarded the Jimmy V Award for Perseverance at the 2022 ESPYs on July 20.

The 82-year-old announced last year that he had undergone surgery to remove melanoma, and then this October, said that he received a diagnosis of lymphoma. In April, the broadcast legend announced that he was cancer-free.

The Jimmy V award is named after the late Jim Valvano — who was a former broadcast partner of Vitale’s — who gave a famous speech about his own personal experience with cancer at the first ESPYs in 1993, where he was awarded the Arthur Ashe Courage Award.

"I remember that day almost 30 years ago, when I stood on stage at the first ESPYs, introduced Jimmy V and witnessed him give that incredible speech we all remember. I reflected on his speech many times during my seven-month battle —'don't give up, don't ever give up Dickie V’ — and I remembered my mother and father, who taught me never to believe in 'can't'. Jimmy V was special and his legacy lives on. I am so grateful to receive this tremendous award in his honor,” Vitale said in a statement.

Cancer survivor accepts a golf scholarship that will help him pursue a career in medicine.

When being treated for childhood cancer at the St. Jude Children’s Research Hospital, Cross developed a love for golf. Now, the first-year college student plans to accept a golf scholarship at the FedEx St. Jude Championship golf tournament in Memphis, Tennessee, next month.

Cross plans on using the scholarship money at Rockhurst University in Kansas City, Missouri, where he will study to become an orthopedic surgeon for children undergoing cancer treatment.

Hundreds of golf greats are expected to compete in the championship — including Scottie Scheffler (winner of the 2022 Masters Tournament), Cameron Smith and Rory McIlroy — which is raising money for St. Jude Children’s Research Hospital.

“As we welcome the world’s top golfers to Memphis for the FedEx St. Jude Championship, Cross and our supporters, who fuel the six-year, $12.9 billion St. Jude strategic plan that will help more of the children around the world with cancer every year, help us remember the greater purpose for this incredible charitable event,” Richard C. Shadyac Jr., president and CEO of ALSAC, the fundraising and awareness organization for St. Jude Children’s Research Hospital, told BusinessWire.

Mark Allen, a six-time IRONMAN World Champion, recently discussed his experience with skin cancer. In a YouTube video titled, “Mondays With Mark Allen: Skin Cancer - The Law of Unintended Consequences,” the 64-year-old explained that clinicians found a cancerous mole on his cheek, which was surgically removed via Mohs surgery — a procedure commonly used to remove skin cancer.

“He passed away in early June of this year,” Allen said. “He was blond, he loved to be in the sun. During COVID he stopped going to the skin doctor on a regular basis to get checked. He paid the price, he’s gone, he died.”

7-year-old cancer survivor served as an honorary “bat kid” for the Chicago Cubs.

Addy Szczesniak received a diagnosis of acute lymphoblastic leukemia in May of 2019, and since then has undergone multiple spinal taps as well as chemotherapy.

Now cancer-free, Szczesniak served as the honorary “bat kid” at the Chicago Cubs’ July 16 game, where she was able to sit in the dugout and meet players and be featured on the videoboard.

“She has been so strong and brave throughout the past couple years,” Addy's mom, Liza, said. “It’s surprising how brave such a little person can be.” 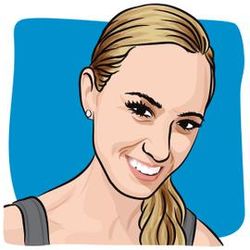