The Food and Drug Administration’s approval of Opdivo in combination with Yervoy for patients with unresectable malignant pleural mesothelioma marks the first new systemic therapy approved in more than 15 years in this setting.

The Food and Drug Administration (FDA) on Friday approved Opdivo (nivolumab) in combination with Yervoy (ipilimumab) for the firstline treatment of adults with unresectable malignant pleural mesothelioma, according to Bristol Myers Squibb, the manufacturer of both agents.

“Malignant pleural mesothelioma is a rare cancer with limited treatment options. When it is diagnosed in advanced stages, the five-year survival rate is approximately 10%,” study investigator Dr. Anne S. Tsao, director of the Mesothelioma Program at The University of Texas MD Anderson Cancer Center, said in a company-issued press release. “The survival results from the CheckMate-743 trial show that the combination of nivolumab (Opdivo) and ipilimumab (Yervoy) could become a new frontline standard of care option. This is exciting news, instilling hope for patients with this devastating disease and for the health care providers who care for them.”

MPM is the most common type of mesothelioma, which is a rare yet aggressive form of cancer that often occurs in the lining of the lungs. It often is caused by exposure to asbestos, and since the diagnosis can be elusive, patients are often diagnosed at later stages with poor prognoses.

The agency based its approval on results of the multi-center, open-label phase 3 CheckMate-743 trial, which showed that the Opdivo-Yervoy combination induced a superior overall survival (OS) in patients compared with platinum-based standard-of-care chemotherapy.

Of note, 41% of patients treated with Opdivo and Yervoy were alive at two years compared to 27% treated with the chemotherapy regimen.

“Just a few months ago, Opdivo (plus) Yervoy-based combinations received two first-line indications for certain patients with non-small cell lung cancer,” said Adam Lenkowsky, general manager and head of U.S. Commercialization at Bristol Myers Squibb, in the release. “Now, Opdivo (plus) Yervoy is approved for use in another type of thoracic cancer, previously untreated unresectable MPM. With today’s announcement, Opdivo (plus) Yervoy becomes the first new systemic therapy approved in more than 15 years in this setting and may offer these patients a chance for a longer life.”

Check back later for what you need to know about this approval. 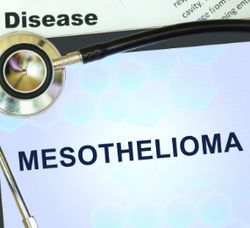