An Idaho teenager a boost from one of her idols &mdash; former Vice President Joe Biden &mdash; during her treatment for acute myeloid leukemia.

AN IDAHO TEENAGER GOT a boost from one of her idols — former Vice President Joe Biden — during her treatment for acute myeloid leukemia.

Nurses at St. Luke’s Children’s Hospital in Boise had invited Biden to attend Cierra Shaffer’s graduation from Fruitland High School in May. Although he was unable to do so, he called Shaffer for a 15-minute video chat during the last of her monthlong treatments.

During the call, the two ate chocolate chip mint ice cream together as Biden offered encouragement. “You’re going to beat this thing, because you’ve got to come to see me in Washington. I’ll show you around,” Biden reportedly said. “Then you’ve got to invite me back to Idaho, one of the most beautiful states in America.” “That was really cool!” Shaffer reportedly said after the call. “I was like, holy cow — a little Idahoan girl talking to a big-shot vice president!”

Shaffer’s Twitter account reflects that she has since been released from the hospital and walked in her graduation ceremony. In a June 14 tweet, Shaffer stated that she was “in remission as of today.” 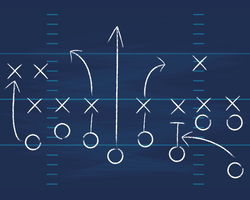