The FDA has approved a generic form of the intravenous chemotherapy pemetrexed for use by itself in patients with locally advanced or metastatic non-squamous non-small cell lung cancer that has not progressed following four cycles of initial platinum-based chemotherapy.

The Food and Drug Administration (FDA) has approved a generic version of the drug for use by itself in patients with locally advanced or metastatic disease that has not progressed following four cycles of initial treatment with platinum-based chemotherapy. The indication also includes patients in that population whose metastatic disease is recurrent.

Pemetrexed was first approved in February 2004, for use in combination with the chemotherapy cisplatin to treat patients with malignant pleural mesothelioma. A phase 3 trial that led to the approval demonstrated that the drug lengthened survival and the time from treatment until disease worsened. The agent was found to cause myelosuppression, a decrease in bone marrow activity that compromises immunity. The most commonly experienced side effects included a decrease in neutrophils in the blood, fatigue, a reduction in white blood cell counts, nausea, difficulty breathing and vomiting.

Following that, pemetrexed received additional FDA approvals. In 2008, it was approved as an initial treatment for locally advanced or metastatic non-squamous NSCLC, and in 2009 it got the green light as a maintenance therapy for patients with locally advanced or metastatic non-squamous NSCLC whose disease has not progressed after four cycles of platinum-based first-line chemotherapy.

The generic version of pemetrexed represents the latest approval for the compound. According to the FDA, generic drugs are “medications created to be the same as an existing approved brand-name drug in dosage form, safety, strength, route of administration, quality and performance characteristics. Generic medicines work the same as brand-name medicines.” They are typically less expensive than brand-name drugs.

A version of this article originally appeared on OncLive® as “FDA Approves Generic Pemetrexed for Nonsquamous NSCLC”.

Check back soon to learn more about what you need to know about this approval. 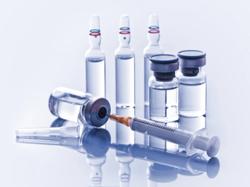 Keytruda Has Favorable Results in Adjuvant NSCLC Treatment, a First in Stage 1b-3a