Treatment with primary radiotherapy was linked to an increased risk for the development of secondary primary cancers among a large group of men with localized prostate cancer, according to recent study findings.

The use of primary radiotherapy to treat localized prostate cancer appears to be associated with a modest, but statistically significant increased risk for secondary primary cancers, when compared with nonradiotherapy regimens, according to recently published data.

The study results — which were printed in the journal JAMA Open Network — highlight the importance of shared decision-making on treatment options, according to the study authors.

“Localized prostate cancer is a distinctly preference-sensitive condition because radical prostatectomy, radiotherapy and in some cases active surveillance have equivalent long-term cancer-specific outcomes,” the study authors wrote. “The risk profiles of each option differ; therefore, decision-making is an important part of the prostate cancer treatment approach.”

There are plenty of data available in terms of the risks that are associated with radical prostatectomy (a complete removal of the prostate gland), according to the investigators.

They noted that physicians and care teams treating localized prostate cancer with radiotherapy often monitor for toxicities during the treatment period. However, the authors explained that late effects of radiotherapy can appear months to years after the primary radiotherapy has been completed. This is when patients may likely stop receiving routine follow-up care with their oncologists, according to the study authors.

As a result, the investigators noted that updated information regarding the long-term incidence and risk of second primary cancers in patients who received radiotherapy compared with those who did not for the treatment of prostate cancer was needed. The study authors sought to evaluate the risk for secondary primary cancer in hopes of better informing treatment decision-making between patients and providers.

To determine if primary radiotherapy was more likely to be associated with the development of secondary primary cancers than nonradiotherapy regimens, the investigators retrospectively reviewed outcomes from 143,886 male veterans who were diagnosed with localized prostate cancer between 2000 and 2015.

Over a median follow-up of nine years, the development of a second primary cancer was more common in patients who were treated with radiotherapy, compared with those who were not. Although the risk and incidence of a secondary primary cancer was small, the risks increased as time went on, most notably at 10 years or more after treatment.

“Our findings confirmed and updated conventional wisdom pertaining to a specific long-term risk of radiotherapy … and supported consideration of the use of surgical procedures among otherwise healthy patients diagnosed in earlier decades of life compared with older patients or those with higher comorbid disease burden,” the study authors wrote.

Although the long-term risks associated with radiotherapy treatment should be taken into consideration, the study authors assured patients that the results should not deter them from considering radiotherapy as a treatment option. Instead, data such as this should help patients better understand potential treatment outcomes and allow them to talk with their doctor about it, according to the investigators.

“Patients need to feel confident in understanding how the risks and benefits pertain to them,” they concluded. “Given that all treatment options are associated with excellent prostate cancer specific mortality rates, discussion of potential (side effects) of surgical procedures and radiotherapy is especially important to help patients select treatment that best suits their goals.”

Support and Advice for Patients with mCRPC and Their Caregivers 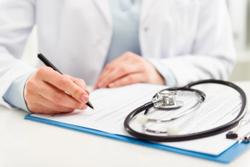