Patients with multiple myeloma who are eligible for stem cell transplantation should still be considered for high-dose therapy (HDT) even in the novel agent era, according to the authors of a study recently published in the Journal of the American Medical Association Oncology.

Patients with multiple myeloma who are eligible for stem cell transplantation should still be considered for high-dose therapy (HDT) even in the novel agent era, according to the authors of a study recently published in the Journal of the American Medical Association Oncology.

For the past 20 years, HDT with melphalan, a chemotherapy often given intravenously, followed by autologous stem cell transplant (ASCT) — removing a patient’s own stem cells and putting them back in — has been standard treatment, wrote the authors. However, with novel agents, such as Velcade (bortezomib), Revlimid (lenalidomide), Darzalex (daratumumab) and Ninlaro (ixazomib), treatment options have been reevaluated by investigators.

Researchers from the Medical College of Wisconsin (MCW) in Milwaukee, Levine Cancer Institute in Charlotte, University of Nagoya in Japan and the University of Wisconsin School of Medicine and Public Health in Madison conducted an analysis of previous studies to evaluate the role of HDT/ASCT.

“ASCT was associated with superior PFS with minimal toxic effects compared with non-transplant-based therapy,” first study author Binod Dhakal, M.D., M.S., assistant professor of medicine in the Division of Hematology/Oncology at MCW, said in an interview with CURE. “Both tandem transplant and single transplant followed by Velcade, Revlimid and dexamethasone (VRD) consolidation were associated with superior PFS than single transplant.”

However, none of the transplant-based approaches were associated with superior OS, he added.

Based on some of the trial findings that were analyzed, VRD may be a superior regimen, noted Dhakal. But newer agents to treat multiple myeloma, such as Darzalex, Kyprolis and Ninlaro, are now being investigated in clinical trials and results need to be examined.

Early transplant is recommended for patients for many reasons, said Dhakal. For instance, longer follow-up is associated with survival benefits in those who receive early transplant. Also, patients who wait may not be able to receive transplant later.

Although ASCT is effective in the treatment of multiple myeloma, only one-third of patients who are newly diagnosed use this approach, said Dhakal.

“This is likely due to non-referral,” he said. “Several studies have demonstrated that there are significant racial disparities in the transplant utilization rates and these rates are much lower in Hispanics and African-Americans. Removing these barriers can be accomplished through health care teams closely working with one another.”

With the introduction of immunotherapy in recent years, Dhakal believes future clinical trials should be designed to use immunotherapies in patients with multiple myeloma post-transplant. “This will likely help us achieve lasting remission,” he said. “Maybe even a cure.” 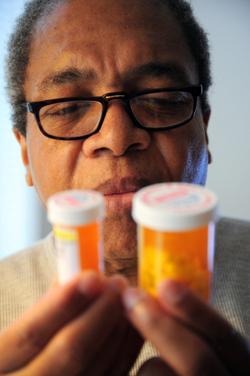