The tolerability profile of Fotivda (tivozanib) associated with treating advanced renal cell carcinoma (RCC) is a potential advantage for patients, according to Dr. Brian Rini, from the Vanderbilt-Ingram Cancer Center (VICC).

Results from the phase 3 TIVO-3 trial, designed to evaluate Fotivda compared with Sutent (sorafenib) in patients who had received two or three prior lines of therapy, showed a statistically significant improvement in median progression-free survival (the time from treatment to disease worsening). Moreover, there was a response rate advantage with the vascular endothelial growth factor tyrosine kinase inhibitor, with more durable responses and a favorable tolerability profile.

In an interview with CURE®, Rini spoke about the TIVO-3 trial and how its results could provide patients with another “weapon in this disease.”

CURE: Can you explain the need for a VEGF TKI like tivozanib to treat relapsed or refractory RCC?

Rini: As you know there are several VEGF TKIs that are approved. So, the biggest advantage to tivozanib is tolerability. It’s a very clean drug, hits VEGF pretty much, and has a very good tolerability profile in terms of side effects and need for dose interruption or reduction — which is very minimal. One thing where my mindset has changed now that we have immune therapy combinations that can be curative, is that when we are using single agent TKIs, we’re really just trying to control disease. Because we’re not curing those patients, and they can be on (TKI therapy) for many months or years, tolerability is really the key thing. I don’t think there are huge efficacy differences among TKIs. There are some – tivozanib was better than sorafenib in the TIVO-3 trial – but at the end of the day, in my opinion, it’s really more about tolerability.

Can you discuss the pivotal phase 3 TIVO-3 clinical trial and how it has differed from the phase 3 TIVO-1 trial?

There are two main differences. One is that TIVO-3 was done in a third- and fourth-line setting, whereas TIVO-1 was frontline. Otherwise, the comparator was the same — sorafenib. The results showed a progression-free survival advantage. The absolute numbers are lower, of course, because it’s in a more refractory setting, but similar PFS advantage. There is not a difference in survival. So, there is not a numerical or statistical difference one way or the other. I think this really reaffirms that TIVO-1 was flawed because of that crossover, and when you give patients equal access to subsequent therapies. There was no crossover in either arm in TIVO-3, so patients could go on and get whatever therapy was available, or multiple therapies, in their country. I don’t know the number of patients who had subsequent therapy offhand, but the survival is basically overlapping, which is what we’ve seen in the major trials of VEGF versus VEGF in this refractory setting.

Can you discuss the durable responses seen, and if there is a possibility to combine tivozanib with a checkpoint inhibitor?

If you look at the progression-free survival curve, you do see somewhat of a tail of the curve in the tivozanib arm, which is not what we usually expect for a VEGF TKI. It may be a little premature to say that, obviously that require a longer follow-up. We don’t quite have that in this trial. But there is clearly a difference in long-term responders with tivozanib versus sorafenib. Again, a subset of patients will be exquisitely sensitive to VEGF therapy and will have long-term progression-free and overall survival, and that is why tolerability is important. One of the things that stood out to me when I saw this data was the tail of the curve. We’ll see what happens over time, of course.

Combinability really gets back to tolerability. As you well know, we’re combining VEGF agents with immune therapy — it’s standard of care in kidney cancer, a regimen like pembrolizumab (Keytruda)/axitinib (Inlyta). And there are other combinations coming. My personal belief is that all of those VEGF plus immunotherapy combinations, assuming that the immunotherapy is a PD-1, not a PD-L1, will have very similar activity. As we start to build two-drug regimens, presumably three-drug regimens, tolerability is really important. So, drugs like tivozanib, axitinib, which is also very well tolerated, are going to be the best partners.

What is the key takeaway from the TIVO-3 trial?

Patients, appropriately, always want more options. I’ve never met a patient who doesn’t look down the road a little bit and say, “Gee doc, if this one doesn’t work, is there something else?” I totally get it. So, I think even though we on the physician side might say, “Do we really need another TKI?” From a patient standpoint, they absolutely want more options. Having tolerable options, especially in this late line setting, is a potential advantage to patients. I often describe to patients that we’re just trying to get as many shots on goal as possible. You never know when one drug might work wonderfully or not at all. Even among the VEGF TKIs, they work differently in different patients for reasons I don’t think we understand. So, I think it adds to our weapons in this disease. 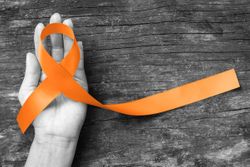