What Patients With Ovarian Cancer Should Know About Maintenance Therapy

Maintenance therapy is meant to prevent relapse after a patient with ovarian cancer received their main treatment. Here’s an overview of what patients should know.

When a patient is diagnosed with ovarian cancer, their initial treatment typically consists of a combination of surgery and chemotherapy, after which most enter remission.

“Then the question is, should we consider maintenance therapy?” said Dr. Kathryn Pennington, a gynecologic oncologist at the University of Washington, in a presentation at the 12th Annual Joining FORCEs Against Hereditary Cancer Conference.

Understanding the Goals of Maintenance Therapy

Maintenance therapy is the treatment a patient receives after they complete chemotherapy. It is intended to decrease the chance their cancer will return or to delay it from returning. The goal is to continue or “maintain,” – its namesake – the successful results of a prior treatment.

There are several available options for maintenance therapy that have been approved by the Food and Drug Administration (FDA) in epithelial ovarian cancer, Pennington explained.

However, the FDA has also recently approved several other PARP inhibitor options for upfront maintenance that have led to changes in clinical practice, Pennington said, particularly in patients with BRCA1 and BRCA2 mutations.

In the SOLO-1 trial, patients with BRCA1 and BRCA 2 mutations who were in remission or had good responses to first line chemotherapy received Lynparza as maintenance therapy for two years. “The results in this study were dramatic,” Pennington emphasized.

Seventy percent of patients in the trial had lower risk of cancer progression or death. If their cancer did recur, it took more than 40 months longer for it to return in patients taking Lynparza compared with those receiving the placebo. The data led to an FDA approval in December 2018.

In another trial called the PRIMA trial, patients with and without BRCA mutations were given Zejula as maintenance therapy for three years after first line treatment. Though the difference was not as drastic as with Lynparza, there was still an improvement in progression-free survival (a 5.6 month difference) that led to its FDA approval in April 2020. The significance, however, was that Zejula was indicated for any patient with ovarian cancer, regardless of mutation.

When they divided patients into biomarker subgroups, they looked at categories of homologous recombination deficiency (HRD), which is a measure of defective DNA repair. Mutations in BRCA1 and BRCA2 lead to this deficiency.

“We know that the best predictor of responding to a PARP inhibitor is having a BRCA mutation,” Pennington said. “But just having HRD through these other mechanisms is also somewhat predictive of having a response. And so there's a lot of interest in ‘Can we test for this to see who else besides BRCA1 and BRCA2 carriers can benefit from PARP inhibitors?’ These tests look for evidence that there was HRD at some point in time, but that can sometimes change. And so it doesn't necessarily indicate current status. And what I mean by that is, it's an imperfect test.”

Thus, when the patients were divided into HRD groups during the PRIMA trial, researchers saw that those with BRCA mutations had a significant response to Zejula, but also that those without BRCA mutations who had the HRD-based test significantly benefited. While patients who didn’t have the HRD test or had HR-proficient tumors had a benefit with Zejula, it was much smaller.

Pennington also highlighted the PAOLA-1 study, which looked at patients with and without BRCA1 and BRCA2 mutations who received Avastin with their initial chemotherapy. Researchers examined whether there was a greater benefit on receiving Avastin plus Lynparza would give greater benefit than staying on Avastin alone as an upfront maintenance therapy.

The study did show a benefit, Pennington said, which led to the FDA approval of Avastin plus Lynparza as maintenance therapy in May 2020. Importantly, the different biomarker subgroups showed that patients with BRCA1 and BRCA2 mutations had the largest benefit, followed by patients with HRD-positive tumors that didn’t have BRCA1 or BRCA2 mutations specifically. The patients who had tumors that were HRD-negative or HR-proficient saw no difference.

“We have an unmet clinical need for HR-proficient tumors, or tumors that don’t have HRD,” Pennington explained.

Can PARP Inhibitors Be Used for Both Upfront and Recurrence Maintenance Therapy?

Now that PARP inhibitors can be used as upfront maintenance therapy, not just the recurrent setting, Pennington said that a large clinical question has become whether they can be used successfully for recurrence when already used upfront.

The OReO trial examines this question. In the trial, patients who have had a recurrence, were previously treated with a PARP inhibitor and responded well the second line chemotherapy were randomized to receive either Lynparza maintenance therapy again or a placebo.

“And so this was just presented,” Pennington shared. “And we found that in fact, there are definitely some patients who can benefit from getting (Lynparza) again. It did improve progression-free survival. So this was in patients with a BRCA mutation specifically. And as an example, at 12 months, 19% of patients who were on (Lynparza) had not had recurrence at that time, whereas in the placebo group, everyone had had a recurrence. So this significantly is making a difference for some patients.”

The results were the same in patients without a BRCA mutation – these patients still appeared to receive a benefit from Lynparza.

Researchers are working on overcoming PARP inhibitor resistance, Pennington said. This can be caused by restoration of HR activity, mitigation of replication stress or resistance by multiple mechanisms.

In several different trials, including the EVOLVE, EFFORT and CAPRI trials, researchers have looked at whether adding anti-angiogenesis agents, a WEE-1 inhibitor or an ATR inhibitor, respectively, to the PARP inhibitor treatment would stop resistance.

The trials have furthered understanding of what causes PARP inhibitor resistance, as well as providing some initial data on how it can be addressed. “In summary, significant progress is being made, and it will continue to be made,” Pennington concluded. 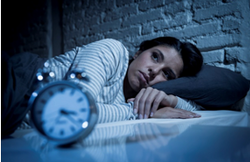