The Food and Drug Administration (FDA) has granted the investigational BTK inhibitor zanubrutinib (BGB-3111) a breakthrough therapy designation for the treatment of adult patients with mantle cell lymphoma (MCL) who have previously received at least one prior therapy, according to BeiGene, the company manufacturing the agent.

The Food and Drug Administration (FDA) has granted the investigational BTK inhibitor zanubrutinib (BGB-3111) a breakthrough therapy designation for the treatment of adult patients with mantle cell lymphoma (MCL) who have previously received at least one prior therapy, according to BeiGene, the company manufacturing the agent.

“We are very excited to receive the breakthrough therapy designation from the FDA,” said Jane Huang, M.D., chief medical officer, Hematology, of BeiGene, in a press release. “Zanubrutinib has been designed to maximize BTK occupancy and minimize off-target effects. We believe that the breakthrough therapy designation underscores the potential of zanubrutinib as a meaningful treatment for patients with MCL who have received at least one prior therapy. More than 1300 patients worldwide have been treated with zanubrutinib, and it’s being developed in a broad clinical program that currently includes seven phase 3 or pivotal trials conducted globally or in China.”

The designation is based on reported activity with zanubrutinib in MCL, which includes phase 2 data that were presented at the 2018 ASH Annual Meeting (NCT03206970). Results of a single-arm, open-label, multicenter Chinese trial demonstrated that the overall response rate (ORR) with the next-generation small molecule BTK inhibitor was 83.5 percent. Additionally, responses appeared to be durable. These data were also incorporated into a new drug application (NDA) in China for zanubrutinib in patients with relapsed/refractory MCL.

The one-year progression-free survival (PFS) rate in patients who received zanubrutinib was 90 percent and the two-year PFS was 82 percent. At a median follow-up of 35.9 weeks, the median PFS had not yet been reached.

In the study, 86 adult patients with MCL who had received one to four prior treatment regimens were treated with 160 mg twice daily of zanubrutinib until disease progression or unacceptable toxicity. The primary endpoint was ORR by an independent review committee using PET-based imaging, according to the Lugano classification.

Regarding patient characteristics, the median patient age was 60.5 years, and the disease status was refractory in 52.3 percent and relapsed in 47.7 percent. Seventy-eight patients (90.7 percent) had stage 3/4 disease and 72 (83.7 percent) were intermediate or high risk by the Mantle Cell Lymphoma International Prognostic Index Combined Biologic Index. Moreover, 7 patients (8.1 percent) had bulky disease 10 cm or larger and 37 (43 percent) had disease of at least 5 cm and 12 patients (14 percent) had the blastoid variant of MCL. The median number of prior therapies was two.

At the time of the data cutoff on March 27, 2018, 21 patients were off treatment, 13 of which were due to progressive disease and six because of adverse events (AEs). One patient discontinued treatment at the investigator’s discretion one month after starting zanubrutinib and one patient who achieved a complete response (CR) withdrew consent.

Eighty-five patients were evaluable for efficacy, and of the 71 patients with an ORR, the best ORR was a CR in 50 patients (58.8 percent), a partial response (PR) in 21 (24.7 percent) and stable disease in two patients (2.4 percent). Five patients discontinued treatment prior to the first disease assessment and one had no evidence of measurable disease at baseline.

A total of 28 patients (32.6 percent) had a grade 3 treatment-emergent adverse event (TEAE) regardless of causality; six patients (7 percent) discontinued zanubrutinib because of a TEAE. There were four deaths; one in the setting of infection, one due to pneumonia, one due to cerebral hemorrhage, and one because of a traffic accident. TEAEs of special interest included diarrhea (10.5 percent), hypertension (8.1 percent), and petechiae/purpura/contusion (4.7 percent).

With respect to the performance of BTK inhibitors as a whole, investigators noted that distinctive AEs were observed in this trial: diarrhea was observed in nine patients (10.5 percent), which were all grade 1/2 events. A major hemorrhage was observed in one patient (1.2 percent) with a blastoid variant of MCL who had intra-parenchymal central nervous system bleeding.

Updated findings of an open-label trial of single-agent zanubrutinib in patients with numerous B-cell malignancies, including MCL, were also presented at the 2018 ASH Annual Meeting. In the study, as of July 24, 2018, 48 patients with MCL with treatment-naïve (nine patients) or relapsed/refractory disease (39 patinents) had been enrolled with a median follow-up time of 12.7 months. A total 45 patients, including six with treatment-naïve MCL and 39 with relapsed/refractory MCL were evaluable for efficacy; 26 patients remained on study treatment at the time of the data cutoff.

By investigator assessment, the ORR was 88.9 percent; the CR rate was 26.7 percent and the PR rate was 62.2 percent. Additionally, the median duration of response was 16.2 months and the median PFS for relapsed/refractory patients was 18.0 months.

A total 18.8 percent of patients discontinued treatment with zanubrutinib due to AEs; four deaths occurred due to AEs but were unrelated to zanubrutinib.

Zanubrutinib is currently being evaluated in clinical trials as a single agent and in combination with other therapies to treat other hematologic malignancies, including Waldenström macroglobulinemia, chronic lymphocytic leukemia (CLL)/small lymphocytic lymphoma (SLL), and follicular lymphoma. 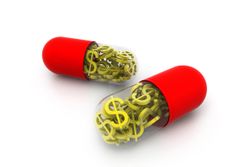