Nine-Time Cancer Survivor and Paralympian Chooses to Live Her Passion

Professional snowboarder Bibian Mentel-Spee inspires through her perseverance despite facing multiple bouts with the disease.
BY Katie Kosko
PUBLISHED April 27, 2018 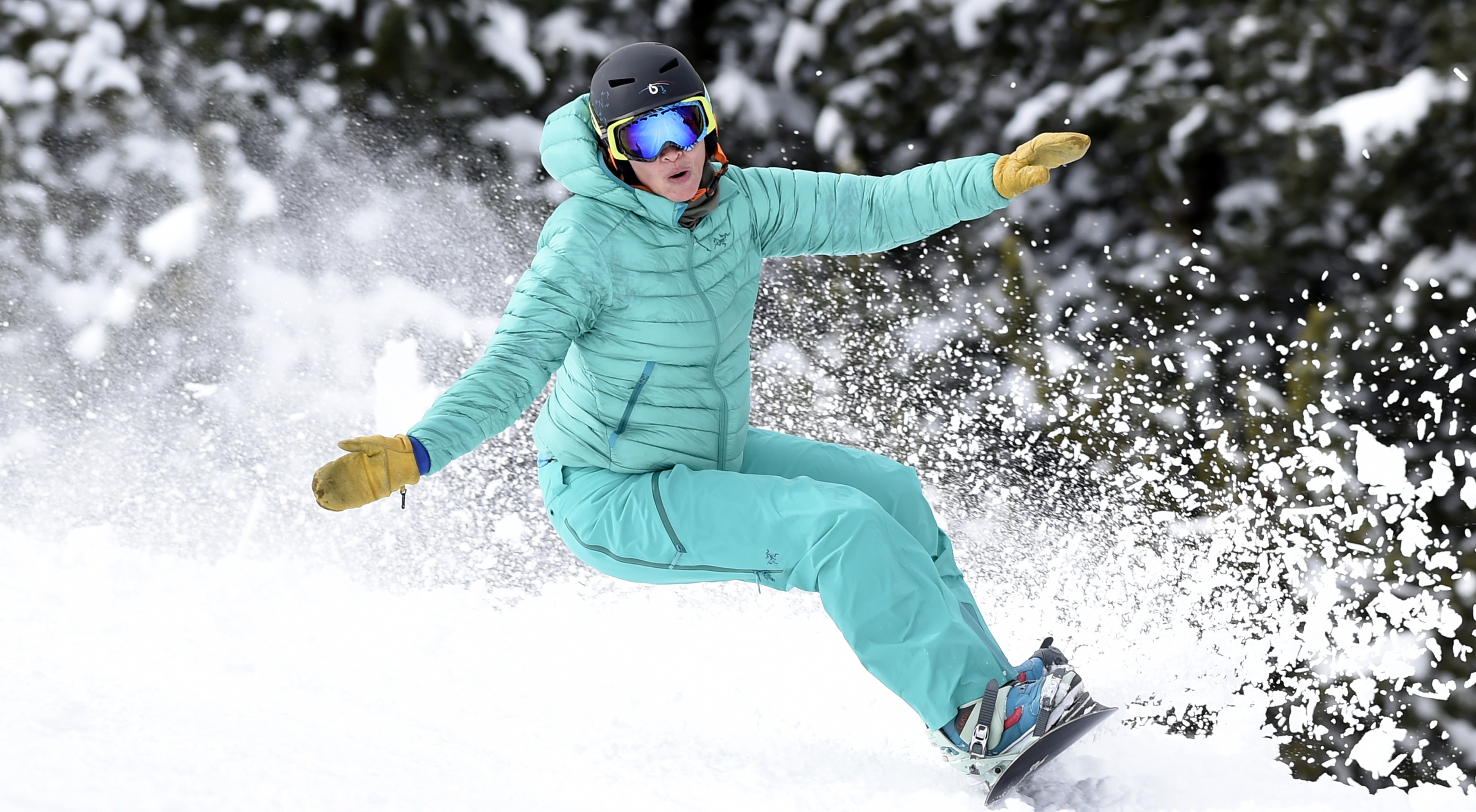 Bibian Mentel-Spee
Staring down a snow-covered mountain, Bibian Mentel-Spee knows she is exactly where she needs to be. The 45-year-old professional snowboarder has two World Cups, two World Championships and, most recently, two gold medals from the 2018 Paralympics held in PyeongChang, South Korea.

But Mentel-Spee’s road to success didn’t come paved with perfection. In 2000, a rare bone cancer, clear cell sarcoma, nearly ripped away her professional athletic career — and her life. One casualty of her disease was the loss of her right lower leg. Amputation was the best way to save her, according to her physician, after the cancer had spread to the membrane around the bone and her tumor didn’t respond to chemotherapy or radiation.

That seemed to work. Then, two and a half years later, the cancer spread to her lungs. Mentel-Spee underwent surgery. The cancer came back in her lungs five more times.

For six years, she had a clean bill of health before facing another hurdle — the cancer recurred in her hilum —  where the bronchi, arteries, veins and nerves enter and exit the lungs — in May 2016.

“They said it’s too dangerous to have the surgery there and, still, the tumor didn’t respond to chemotherapy and the radiation therapy was too dangerous,” Mentel-Spee, who resides in the Netherlands, recalled in an interview with CURE. “The doctor said, ‘We can’t do anything for you anymore.’”

Mentel-Spee was shocked. She had just completed her snow season and she didn’t feel sick. She and her husband refused to give up. He searched the internet for an answer. And there, in the midst of a weeks-long search, he found an article about a new device being used in the United States, MRIdian, which combines MRI technology with radiation therapy to conduct a more precise treatment. But, questions quickly emerged: How would she get the treatment in the U.S.? And, was she eligible for this type of treatment?

Then, the unexpected happened. “We were sitting at home watching the morning news,” Mentel-Spee said. “When the news anchor said, ‘New at the VU in Amsterdam, a new way to treat lung cancer, which is called the MRIdian. My husband and I looked at each other and said apparently this had to be this way. We immediately called my doctor.”

Mentel-Spee was a fit for MRIdian. In summer 2016, she had 24 radiation treatments without experiencing side effects, and she kept on training. A few months later, she became a double world champion.

“It felt like the circle was a little bit completed,” she said. “It was good closure to the rough year I had before.”

In need of a little break, she and her family went on a summer vacation. However, her fight with cancer wasn’t over. There, for a ninth time, the disease was back yet again. This time it was in her neck. In December 2017, Mentel-Spee learned that her vertebrae were collapsing from her tumor and radiation.

“The doctor told me that I needed to have surgery to fix the vertebrae because, if not, I would end up in a wheelchair within a year,” she said.

So, she underwent two surgeries in January. Mentel-Spee now has a titanium vertebra.

Three weeks later she was back on the snow preparing for the Paralympics, which was just about two months away.

“I believe that you always have a choice in life,” she said. “Either you can sit on the couch and do nothing and see your life go by, or you can make something out of it. In that way, I just choose to live. Life is too beautiful.”

But that doesn’t mean getting back on her snowboard was easy.

“In the beginning, my neck was pretty stiff but the movement was OK,” she said. “At first, I was a little afraid to move my neck, but after the doctor cleared me I was just like ‘let’s see what happens.’”

As someone who has been at the sport for 25 years, Mentel-Spee said “being back on my board gave me so much energy and positivity just to go on.”

At the Paralympic games in March, she collided on the mountain with Lisa Bunschoten, whom she had met years earlier through the organization she founded, the Mentelity Foundation, which helps to inspire children and young adults with disabilities. “She was sort of my protégé,” Mentel-Spee said. In that moment, Mentel-Spee got back on her board quickly but not without turning to look to make sure her friend was OK.

Her thoughts on taking home the gold? “It felt like such a crown to the last four years, which were rough on my health,” Mentel-Spee said. “It was amazing that I made it.”

For Mentel-Spee, though, her reality is that there is a very good chance the cancer will come back again. But, she says, she will keep looking to the bright side of life.

“I lost the hope that it will never come back again,” Mentel-Spee said. “I’m prepared that the next time I go to the doctor he will say it’s back. That is the hardest part. My son is 15 years old and I hope to see him grow up as a beautiful man with children and I can be this old, gray grandma with my grandchildren on my lap.”
Be the first to discuss this article on CURE's forum. >>
Talk about this article with other patients, caregivers, and advocates in the Sarcoma CURE discussion group.