Sometimes You Have to Laugh 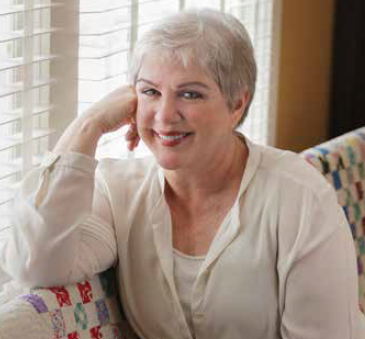 Sweeney had a radical hysterectomy just three weeks after her brother passed away. After enduring the double whammy of losing her brother and her fertility, Sweeney found herself onstage doing a monologue about her family’s experience with cancer. “When people say ‘You can’t make cancer funny,’ I say, ‘How can you not?’” Sweeney says. “The treatments are bizarre, crazy and filled with embarrassments. It’s like being transported to Mars with a bunch of Martians poking at you every day.”

Sweeney’s show, titled God Said, “Ha!,” was a hit, and Sweeney used the material as a basis for her 1997 memoir which shares the same title, as well as for a film produced with Quentin Tarantino. For both her show and book, Sweeney admits she had moments when she questioned whether she really should be poking fun at something as dire as cancer. “Of course, cancer is unfair and terrifying. But you have to acknowledge the absurdity of the things that happen when you’re wearing a hospital gown,” she says.

For instance, after surgeons moved Sweeney’s ovaries higher up in her body to protect them from radiation treatments, one ovary went missing. As Sweeney recalls, “The doctor said it’s not unusual for an ovary, once cut off from its ‘responsibilities,’ to travel through the body. Now how do you not find that hilarious? Where does a retired ovary go? What’s the body’s equivalent of Florida?”

Nearly 20 years after her brother’s passing and her own battle with cancer, Sweeney still hears from fans thanking her for helping them to rediscover humor during terrible times. “I’m not saying that cancer is OK and funny. But it is OK to find funny moments in bad situations,” she says. “Anyone touched by cancer can relate to a need to laugh and feel better, if only for a little while.”
Be the first to discuss this article on CURE's forum. >>
Talk about this article with other patients, caregivers, and advocates in the General Discussions CURE discussion group.