My Cancer Might Be Back: Writing About My Apprehension in Real Time

After two years of writing for CURE, my story is suddenly as real as it gets.
BY Khevin Barnes
PUBLISHED February 20, 2017
Khevin Barnes is a Male Breast Cancer survivor, magician and speaker. He is currently writing, composing and producing a comedy stage musical about Male Breast Cancer Awareness. He travels wherever he is invited to speak to (and do a little magic for) men and women about breast cancer. www.BreastCancerSpeaker.com www.MaleBreastCancerSurvivor.com 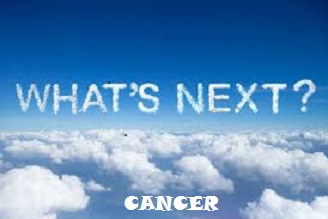 Recently, I shared a story here about having to wait eight months for my new oncologist to see me. This was entirely my choice, as my former doctor had retired to spend more time with her two children. I specifically wanted to work with a woman, so I felt that my choice to wait was a good one.

I wondered though about going so long without an ultrasound, MRI or blood test since I have yet to reach the three year mark with my disease—male breast cancer.

The mastectomy scar on my left breast has always been problematic. Nothing unusual, just the stiffness, the pulling and the discomfort that comes with having a portion of one’s body removed. True to the advice I share with all men, I check my remaining healthy breast regularly for any sign of cancer returning, while writing about my experiences with the hope of helping others who are new to cancer.

My new oncologist, a woman who I specifically wanted to work with, spent a full 45 minutes with me this week and referred to my chart, my surgery and my progress without notes. She had done the work of getting to know me and my history before she walked in the door. When she began to examine my chest and lymph nodes I was confident that we would decide on a practical test for a later date, perhaps an ultrasound to be certain that all was well.

But as she probed under my left arm, I felt a distinct twinge of pain that was as surprising as it was severe. She had discovered two enlarged and obviously painful lymph nodes hidden far too deeply and deceptively for me to find on my own. I held my breath and attempted to interpret the thoughts reflecting on her face.

“Are you concerned?” I asked.

“I’m always concerned when I can feel lymph nodes,” she replied.

We spoke calmly and carefully about the tests I’ll have in the next few weeks. I thanked her for what I felt was an outstanding, personal and compassionate visit and made my way outside, back to my car and out into the warm Arizona afternoon. As I walked slowly through the waiting room on my way to the exit, I took another long look at the faces there — perhaps 25 people — waiting to see their own oncologists.

They were faces I had seen while I had been waiting myself, excited about meeting my new oncologist. These were strangers to me – unknown souls, each with a different ailment and reason to be there. As I looked at each of them, I sensed a subtle sedateness that enveloped the room and I realized that each one was capable of receiving the same kind of news that I had just been given. Some were there to hear good news, others would receive distressing news but all of them, like me, were powerless to change what the future would bring in the next hour.

I had an acute feeling of connectedness with these strangers, an extraordinary alliance that, for the moment, put my fear in perfect perspective. I realized that I was sharing a real-time experience with other cancer patients that would very likely spread out, far and wide beyond this small room, and affect many lives along the chain of survival.

I was not alone in that waiting room. Just unknown.

I quietly and respectfully made my way to the exit, certain that I would never know the severity or depth of the many cancers represented there. And I would never know the names or the stories that defined each person in that room. But one thing I did know for certain was that each of us would receive news about our cancer that day. And those few words, whether encouraging or disappointing, had the power to change in some very profound ways, many connected lives—and all before the day was done.