Setting Off a Smart Bomb

By empowering the body to fight breast and renal cancers, immunotherapies are poised to improve the treatment landscape.
BY Arlene Weintraub
PUBLISHED July 22, 2015 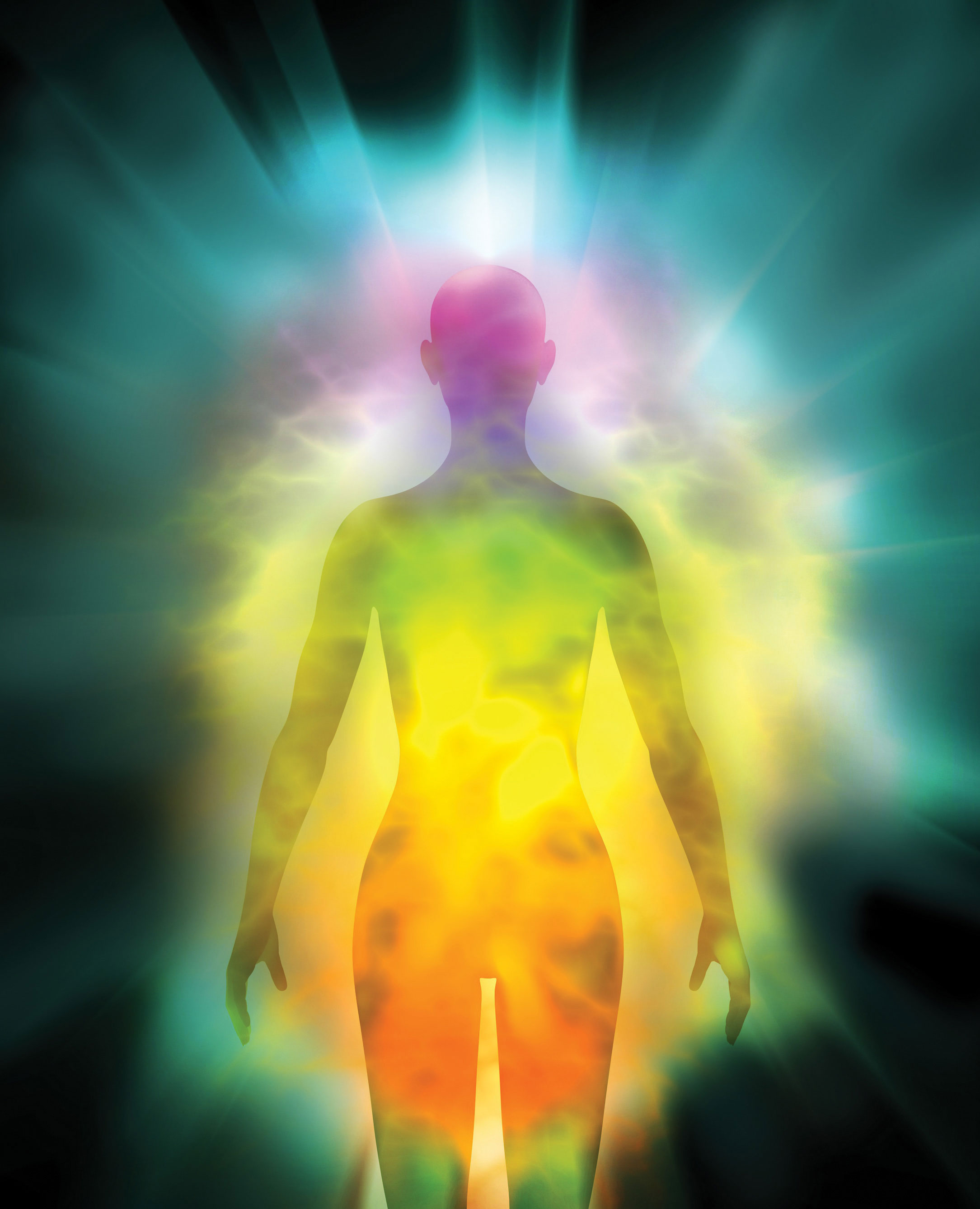 When Kevin Day was diagnosed with advanced renal cell carcinoma in the fall of 2011 at the age of 50, he was told he had just two years to live. His left kidney was removed, and he was put on Sutent (sunitinib) — the targeted drug that is a standard of care in stage 4 or recurrent renal cancer — but the disease had spread to his lungs and bones and there were no other good options to treat him.

Then Day’s doctor told him about a clinical trial of an immune-boosting drug called atezolizumab (MPDL3280A), which was opening up at the Carolina BioOncology Institute near his home in Charlotte, N.C. Day was accepted into the trial, and within two weeks of starting the drug, his tumors began to shrink. After eight weeks, they were half their original size. He was given the drug every three weeks for a year, by which time all of his tumors had disappeared.

In October of 2013, Day’s cancer relapsed in his spine, so he rejoined the study, which was testing atezolizumab as a single agent for various malignancies. Again, his cancer vanished. Day is still taking the drug as part of the ongoing study, and feeling lucky to be alive.

“The way I describe the drug is it boosts my immune system to fight the cancer,” Day says. “As long as it’s still working, I will stay on it. I can’t even put into words what this opportunity has meant to me.”

Atezolizumab is among an emerging class of immunotherapy treatments called PD-L1 inhibitors. PD-L1 is a protein that is expressed on the surface of some cancer cells, enabling tumors to hide from T cells — important immune cells that have a natural ability to eradicate cancer. Inhibiting PD-L1 and a related protein known as PD-1 effectively unveils cancer cells, taking the brakes off the immune system and unleashing the body’s innate ability to fight cancer.

PD-L1 and PD-1 inhibitors, otherwise known as “checkpoint inhibitors,” are being studied in a variety of tumor types and may be particularly promising in fighting two that can be among the most difficult to treat — advanced renal cell carcinoma and breast cancer. 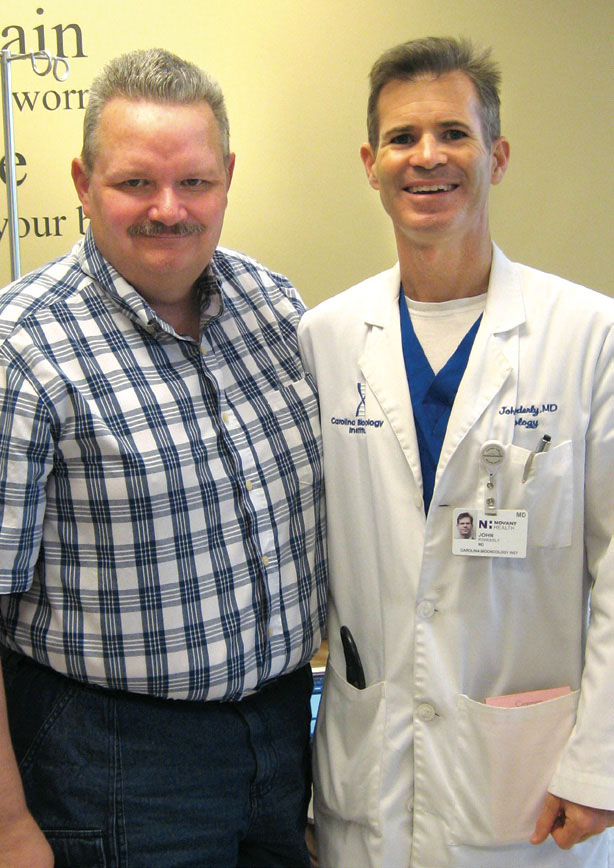 Atezolizumab, which inhibits PD-L1, is a good example. In addition to helping some with renal cancer, like Day, the drug has demonstrated activity in metastatic triple-negative breast cancer. Early results from a phase 1 trial showed that the objective response rate among 54 patients was 19 percent, and that 27 percent of the patients remained progression-free at six months. Side effects most commonly included nausea, loss of appetite, fever and fatigue; 11 percent of patients experienced at least one severe side effect, such as neutropenia.

“This early evidence of clinical activity is very exciting,” says Leisha Emens, associate professor of oncology at the Johns Hopkins Kimmel Cancer Center. “What sets drugs like atezolizumab apart from standard chemotherapy is their ability to create clinical responses that can last longer than the responses typically seen with chemotherapy.”

A similar dynamic is at play with two PD-1 inhibitors, Opdivo (nivolumab) and Keytruda (pembrolizumab), which have already been approved by the U.S. Food and Drug Administration (FDA) to treat melanoma — Opdivo for lung cancer, too. Both are being studied in renal cell carcinoma and breast cancer.

In breast cancer, it’s not yet clear what subset of patients will respond best to PD-1 inhibitors, says Rita Nanda, assistant professor of medicine at the University of Chicago and one of the clinical trial investigators, but oncologists are particularly excited about the prospects for the drugs in metastatic triple-negative breast cancer, where chemotherapy alone is often ineffective.

“The rationale is that [immunotherapy] will add to the benefits of chemo,” Nanda says. “Chemo works by just killing cancer cells directly — it’s directly toxic to the cancer cell. Immunotherapy is indirect. It is waking up the immune system, so it’s really attacking the cancer in a very different way than chemotherapy does.” In a phase 1 study released in December, 18.5 percent of patients with triple-negative breast cancer who had been treated with chemotherapy responded to Keytruda.

Common side effects reported by patients taking checkpoint inhibitors include fatigue, musculoskeletal pain and nausea, according to Marianne Davies, an oncology nurse practitioner at the Smilow Cancer Hospital at Yale-New Haven and an assistant professor at the Yale School of Nursing. These are typically mild, but more serious immune-related adverse events such as pneumonitis, a condition caused by lung inflammation — while infrequent — can occur. In many cases, immune-related side effects are delayed, appearing even 12 weeks after the start of therapy, Davies says.

While checkpoint inhibitors are exciting, they are far from the only immunotherapy treatments that may work in these cancers, notes John Powderly, president of the Carolina BioOncology Institute and an adjunct professor of medicine at the University of North Carolina and Duke University.

In renal cell and breast cancers, a variety of immunotherapies ranging from monoclonal antibodies like atezolizumab to vaccines are being tested, and not just as standalone treatments but in combination with other immuneboosting drugs or — as in the cases of Opdivo and Keytruda — with standard- of-care regimens like chemotherapy. The prevailing view is that, ultimately, immunotherapies will be used in combination with other types of treatments or with each other — the idea being that attacking tumors from many different angles will be the key to eradicating them.

Early combination results are encouraging: A phase 1 study of previously untreated patients with renal cell carcinoma released last fall, for example, showed that atezolizumab combined with Avastin — an anti-angiogenic drug that cuts off the blood supply to tumors and is already approved for the treatment of kidney cancer — produced an overall response rate of 40 percent.

Serious drug-related side effects were experienced by 30 percent of those taking the combination, including abdominal pain and pneumonia.

Inhibiting a different mechanism that tumors use to evade immune destruction — a protein called indoleamine 2,3-dioxygenase (IDO) — is another strategy under investigation for breast cancer patients whose disease is tough to beat. One such approach is indoximod, a drug that’s now in phase 2 testing in women with metastatic breast cancer who don’t test positive for HER2, a protein that’s overexpressed in some tumors and that can be targeted with the treatment Herceptin (trastuzumab). The novel drug is being tested in combination with the chemotherapy docetaxel among participants who may have previously taken hormonal therapy, but have not recently received chemotherapy.

What makes IDO intriguing is that it seems to contribute to drug resistance by governing how the immune system responds to dying cells, explains David Munn, professor of pediatric oncology at the Medical College of Georgia. Munn is one of the scientists who pioneered IDO inhibition and he is a consultant to NewLink Genetics, the company that is developing indoximod. “When you give chemotherapy to patients with cancer, a lot of tumor cells die, but often not enough to make the tumor vanish,” Munn says. “Blocking the IDO pathway may help the immune system recognize when tumor cells die after chemotherapy,” so the immune system can help the chemo work better, he says.

In a phase 1 trial, 41 percent of breast cancer patients had stable disease on combination indoximod and docetaxel. Side effects included fatigue, anemia, hyperglycemia, infection and nausea.

Vaccines are also being developed for both breast and renal cancers — some designed to treat the diseases and others to prevent relapses. And while many past attempts at cancer vaccines failed, the newest generation is showing some early signs of success.

One such vaccine, called GVAX, was developed at the Johns Hopkins University’s Sidney Kimmel Comprehensive Cancer Center, and is now in phase 2 testing for the treatment of metastatic HER2-negative breast cancer, typically treated with hormonal therapies and chemotherapy. GVAX is made from breast cancer cell lines that are specially engineered to secrete a protein called GM-CSF (granulocyte macrophage colony-stimulating factor), which recruits a subset of immune cells known as dendritic cells. Those cells activate T cells in the immune system “to search out and destroy tumor cells,” explains Emens. “It’s like a smart bomb for cancer.”

Also focused around dendritic cells is a more personalized approach that is not a vaccine, but rather a reprogramming and reinfusion of a patient’s immune cells: AGS-003, which is in the final stages of testing for the treatment of metastatic renal cell carcinoma. What makes AGS- 003 unique is that it is formulated for each individual patient from his or her tumor and blood cells. RNA (ribonucleic acid) is isolated from the samples and used to program dendritic cells to target the specific antigens — proteins on the surface of tumor cells — that are unique to each patient’s disease. The cells are mixed with the patient’s blood and re-injected.

The treatment, which is being tested in combination with Sutent, “sensitizes the dendritic cells to the tumor’s signature,” helping them recognize the difference between normal cells and cancerous ones and mount an immune response, says study investigator Gautam Jha, assistant professor in the division of hematology and oncology at the University of Minnesota. The hope, he adds, is that the personalization will create “an immune response that is robust and sustained.”

Two of four patients that Jha treated in a phase 2 study have had near complete response and continued on trial for five years since their diagnoses, he says. While some patients experienced mild injection-site reactions, most side effects observed in the trial were related to Sutent, not to AGS- 003, the study’s researchers reported.

What if the standard of care works but the risk for recurrence is high? Vaccines may, in fact, help lessen the risk that the disease will return. One vaccine being developed to prevent recurrence is NeuVax (nelipepimut-S), which is now in phase 3 testing in survivors of early-stage, node-positive breast cancer with low to intermediate expression of HER2, previously treated with chemotherapy, radiation and hormone therapy. NeuVax consists of a small piece of the HER2 protein attached to GM-CSF. Like other vaccines, it causes only mild side effects such as pain or itching at the injection site.

The combination that makes up NeuVax “is like a spark plug to get the immune response going,” says investigator Elizabeth Mittendorf, associate professor in the department of surgical oncology at the University of Texas MD Anderson Cancer Center. In earlier trials, only 5.6 percent of patients on NeuVax suffered recurrences, while more than 20 percent of control patients — those who weren’t on the vaccine — saw their cancers return. “It’s very exciting; the vaccine stimulates an immune response that’s potentially lifelong,” Mittendorf says.

That’s a comforting prospect for Diane Altenburg, a participant in the phase 3 NeuVax study. Altenburg survived cancer in one breast 15 years ago, only to see it recur four years later on the other side; she had lumpectomies on both sides. During the NeuVax trial, she received an injection of the vaccine once a month for six months, followed by booster shots every six months for three years. Today she is cancer-free, off all medications and required only to have mammograms every six months. While it is possible that she could have remained disease-free with only standard therapy, this study will assess enough patients to demonstrate whether or not the vaccine can actually improve the cure rate.

“I’m pretty lucky,” says Altenburg, a 67-year-old mother of five and grandmother of 10 who lives in Northern Virginia. “I felt participating in this trial was a viable way of giving back. The vaccine won’t prevent breast cancer, but if it will prevent patients from getting it again, that’s very positive.”
Be the first to discuss this article on CURE's forum. >>
Talk about this article with other patients, caregivers, and advocates in the Immunotherapy CURE discussion group.