Drumming Out Head and Neck Cancer

Poison’s Rikki Rockett discusses the immunotherapy clinical trial that led him into remission.
BY Jessica Skarzynski and Katie Kosko
PUBLISHED August 12, 2019
What Rikki Rockett, founder and drummer of the rock band Poison, thought was a passing illness turned out to be the start of a harrowing ordeal with throat cancer.

Head and neck cancer accounts for about 4% of all cancers in the United States, according to the American Society of Clinical Oncology. Rockett learned of his type, HPV-attributed throat cancer, in 2015.

In an interview with Heal®, he shared how his disease was found and describes his experience with immunotherapy — the treatment he credits for helping him achieve remission.

Heal®: How did you come to learn you had cancer?
Rockett: I thought I just had a sore throat. And the reason I didn’t suspect anything weird was because everybody in the family had a sore throat or some kind of infection that week, except theirs went away and mine didn’t. I got to week three and I thought, “What is going on here?”

I went to my ENT (ear, nose and throat specialist), and he said, “Have you ever been scoped?” I told him no. He (wanted to take) a look to make sure there wasn’t a second infection that (he) needed to be aware of. He scoped, and I could tell something was up. He sat down in his chair, took his glasses off and (said), “Listen, I really want to biopsy what I’m looking at.”

And I said, “Oh my God, what?” He goes, “There’s some­thing there that shouldn’t be there, and I’m suspicious. I’d feel a whole lot better if we do a biopsy.” 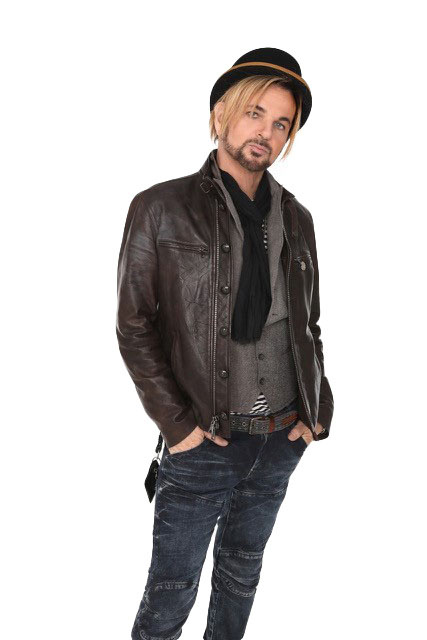 Everything changed right at that moment.

I did the biopsy the following week, and it came back negative. We were like, “OK, what is it?” And he said, “It could be an inflammatory response, so let’s treat it as such for a week and see what happens.” It didn’t change. Then we did a fine needle aspiration of the lymph node, and that was inconclusive. He said there was a specialist that he used to work for at UCSD (University of California, San Diego): “This is all he does. I want you to go to him.” I went to him, and he said, “I think it’s one of two cancers, and I want to do my own biopsy because I’m not trusting it either.” It took a couple of weeks to get all the data together, and (it was cancer).

What was it like to hear “You have cancer”?
By the time I heard that — and this sounds really weird — I was almost slightly relieved in the sense that at least I knew what the hell I was dealing with. I had thought, “What if this is something really weird (and) they don’t even know how to treat it?” The doctors made me feel like, look, especially if it’s with HPV, (I) have a really good shot with this. So I trusted that.

Your cancer is a result of HPV. Can you talk about what that means?
There is a lot of information going around naysaying the HPV vaccine, and I know that’s a very personal thing to everybody, but at the same time, nobody wants this cancer or any cancer. And HPV is a big one that can cause it. If people are out having sex, they definitely need to be informed.

What was the treatment like?
It was not fun. I had been warned by other people what it would be like. I tried not to read a lot of things, because a lot of times when you go on forums and things like that, you have to realize that those people are having a bad day. That’s why they’re (doing that). I listened to what the doctor told me. He said, “For the next three months, this is your job.” So I treated it like a job. I got up every day, I took a shower, and I put my best face forward. But, unfortunately, you have to do that three months of waiting before all the swelling from the radiation goes down in order to get proper imaging to know where you’re at. I started getting lymphedema and all kinds of stuff. I started to ask other patients, “Have you ever had lymphedema?” They said “a little bit.” Nobody else had it the way I did. I could also feel hardness in my neck, and (they told me) it was radiation fibrosis. Then I went in for a scan and he said, “I’m sorry. This is persistent disease.”

So my options came down to (undergoing) chemo, which would buy me time; (having) surgery, after which I wouldn’t be able to speak; or trying immunotherapy. They put me on the trial, which was awesome, and you go through nine weeks of infusion and two pills a day — that’s how my trial was — tons of blood tests and every test in the world. And then I went in for my imaging — any time I had a PET (posi­tron emission tomography) scan, it was always bad news, so the anxiety was so high. The nurse said, “We got your PET back.” And I asked, “How bad is it?” And she said, “Well, actually, it’s pretty good.” The doctor walked in the door seconds later and said, “Did she tell you? It’s like 90% gone. Everything except a little tiny bit on your primary is gone. It’s like almost miraculous. We need to keep going with this. Are you on board? And I said, “Of course I am.”

We did another nine weeks, and it was entirely gone. No more chemo, no more radiation, no surgery, nothing. It was just the immunotherapy for another seven months and then (treatment) stopped. I have been in remission for three years.

What advice would you give to someone who has recently been given a diagnosis?
I don’t know about every cancer, but if they had head and neck cancer, I would abso­lutely at least look into immunotherapy clinical trials or any trial that is in second or third phase and see what their success rates are. Because if you could do that treatment and not have to have radiation, not have to have surgery, not have to have standard chemo, your side effects and the morbidity are way, way, way less.

To hear the interview with Rikki Rockett, check out our podcast “CURE® Talks Cancer.”
Be the first to discuss this article on CURE's forum. >>
Talk about this article with other patients, caregivers, and advocates in the Head & Neck Cancer CURE discussion group.