Faced With a Grim Diagnosis, Patients With Brain Cancer Are Not Alone 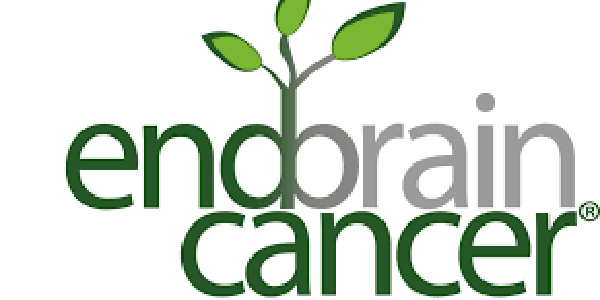 As if being on the receiving end of a cancer diagnosis isn’t difficult enough, to further learn that the primary tumor originates in the brain is particularly grim. It is a life-changing diagnosis that can leave a patient reeling and stunned, and their family and loved ones lost and adrift in uncertainty.

“Sometimes you don’t realize the sense of hopelessness you feel until you are in it,” said Kaitlyn Pfeiffer, whose mother was diagnosed with glioblastoma multiforme, the deadliest form of brain cancer, and who has benefitted greatly from the Direct Connect Program, one of the services offered by the End Brain Cancer®|Chris Elliott Fund. “The more I learned about the disease, the more discouraged I became. I felt lost, with nowhere to go, and whenever I sought direction from hospital staff or physicians, I sunk further in despair.”

But that’s where the End Brain Cancer initiative stepped in and helped Kaitlyn feel less alone. They provided the right questions to ask her mother’s physicians.

“It felt like there was someone finally on our side,” she said in an interview with CURE magazine.

“Unfortunately, Kaitlyn’s story is repeated over and over again when this diagnosis is delivered,” said Dellann Elliott Mydland, Chair and President of the organization, whose mission is to close the gap from initial diagnosis to immediate and expanded access to advanced treatments, top researchers and critical care, through its Direct Connect Program.

“When a patient first hears the diagnosis, it often occurs after some neurologic event has sent him to a local hospital emergency department,” said Mydland, which is exactly what happened to her late husband, Chris. An on-call neurosurgeon delivers the news, after which brain surgery is recommended within 72 hours. It is within this tight window that family members need to quickly assess all treatment options, seek second opinions and move from a passive participant in the delivery of care to an advocate for the person with cancer.

“There is an opportunity to determine the molecular and genomic makeup of the tumor with an adequate sample taken during the surgery,” said Mydland. “In addition, the patient’s MGMT status should be determined.”

MGMT, which stands for the enzyme O6-methylguanine-DNA methyltransferase, is a biomarker that can help determine if a patient will respond to a particular treatment regimen. What usually happens, though, is a small sample of the tumor is taken, which can limit the amount of genomic testing and data collection that can be used for further treatment. Mydland also cautions that some local hospitals might not be equipped to carry out these tests.

“Wherever you enter the health care system — be it a local hospital or an academic medical center — the standard of care needs to change. It needs to include genetic testing, MGMT status and protein marker testing,” she said. “In addition, faced with this diagnosis, access to the nation’s top neuro-oncologists and cutting edge clinical trials is essential.”

It was estimated that nearly 23,400 new cases of primary malignant brain and central nervous system (CNS) tumors would be diagnosed in the United States in 2014. Among those, about 2,240 were children ages 0 to 14 years and 540 are adolescents ages 15 to 19 years, according to the National Cancer Institute. Overall, mortality rates have not changed significantly in the past decade. Both incidence and mortality rates are higher for white people than for people of other racial and ethnic groups. In all groups, men have higher incidence and mortality rates than women, reports the institute.

By serving as the bridge to clinical trial enrollment, and many times as a lifeline, the Direct Connect Program offers immediate access to advanced treatments and top clinical investigators, offering hope and support to those affected by the disease. Currently, the organization is seeking to expand the program and other services through a fundraising campaign to raise $1.2 million over three years. With this expansion, the organization expects to annually direct 4,800 cancer patients into clinical trials by the end of 2018 and a total of 9,600 patients annually by the end of 2021.

If you are a brain cancer patient, caregiver, family member or friend, the Direct Connect Program is available to help throughout your journey. The program can help with things such as setting appointments, obtaining a second opinion, and providing access to advanced treatment, clinical trials, and top specialists. Contact their Care Coordinator Team at 800.574.5703 or send an email to WeCare@EndBrainCancer.org.
Be the first to discuss this article on CURE's forum. >>
Talk about this article with other patients, caregivers, and advocates in the Brain Cancer CURE discussion group.