HIS Breast Cancer Awareness: Exploring the Male Side of the Disease 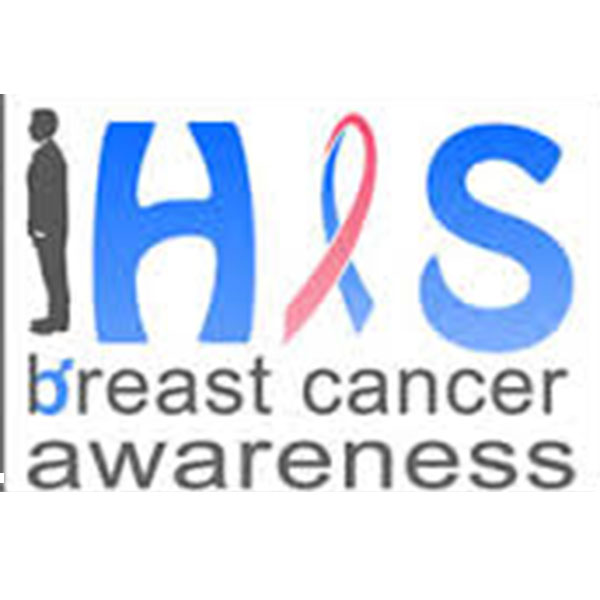 Like many men, Harvey Singer had known women in his life that had been diagnosed with breast cancer, but, until recent years, he never thought it would have the impact it did on his own life.

Singer would eventually find himself on the receiving end of a breast cancer diagnosis. After struggling to find information about the male form of the condition, he worked with his sister to form HIS Breast Cancer Awareness.

After seeing his aunt, sister and mother undergo various breast cancer treatments, Singer knew what a challenge fighting the disease would be, though he never thought he would have to face it.

“I wouldn’t say I ran from it, I just kind of said it’s not going to happen to me,” he says.

Singer was already being monitored for prostate cancer, so he tried to put the threat of breast cancer to the back of his mind. This was somewhat difficult to do with the knowledge that two of his uncles had died in their late 20s and early 30s.

Singer’s sister, Vicki Singer Wolf, was first diagnosed with breast cancer in 1995 and it was 13 years later when Singer said things started to change for him.

“I noticed that summer that I had a physical change in my left nipple area. It was kind of folded over,” he says.

Assuming it was just from being out of shape, Singer said he ignored it at first. But then he noticed soreness in the area. For a condition most commonly associated with women, Singer said it was when he got a big bear hug from one of his friends on a guys’ weekend away that he knew there was a problem.

“I got a shooting almost knife-like pain from my nipple into my shoulder,” he says. Even after returning home, Singer said he faced challenges in the diagnosis. It was during an appointment with a female internist that he said the picture started to become clearer.

“In about five seconds, she said ‘I’m sending you for a mammogram,’” he says. From that point on, he said life went into “super fast mode,” including a mammogram, ultrasound, biopsy and surgery to remove the cancer.

After the cancer was removed, Singer said he faced another difficult decision, whether or not to undergo chemotherapy even though others in his family, like his sister, had not taken that treatment option.

“I ended up going through it because I just felt it was the best course of action for me.”

Singer and Wolf made lifestyle changes including diet and exercise, which they hoped would help prevent further recurrences of the cancer from developing.

“All the information I could find on male breast cancer was basically nonexistent,” Singer says.

It was after his treatment that the siblings decided there was more that needed to be done to inform people about this condition. “We want to help,” Singer says. “We want it out there, not for self-notoriety, but to save guys’ lives.”

Knowing what a challenge it can be to get men to be tested for prostate cancer, Singer said the challenge is that much greater for a condition like breast cancer.

“We’re guys, we’re stupid, we ignore stuff,” he says with a laugh. “Guys don’t figure it out until they’re stage 3 and then they’re a lot deeper trouble.”

Wolf said the education goes beyond just the condition, and even beyond gender. Having received her initial diagnosis in 1995, she underwent genetic testing and found she carries the BRCA2 gene, which has been shown to have an association to several forms of cancer.

Singer also was tested and found to carry the gene as well. Between them, they have five boys all of whom he said have a 50/50 chance of carrying the gene. Knowing what an impact the disease could have on their family beyond those already affected by it, Singer and Wolf said they knew more had to be done.

“We decided to do something to change the rules of engagement for breast cancer,” Singer says.

HIS started with “a little bit of our own funding,” and has grown considerably in less than a decade, Singer says. “Seven years post-surgery, it has become our life’s work. We both have regular jobs but we also carry two fulltime jobs.”

Singer said they have two jobs: “one that pays me, and one that rewards me.”

When talking to people about male breast cancer, Wolf said it is important to make sure men and women are both aware of the condition.

That can include learning more about family history, how men can do a proper breast exam and knowing more about their own health. “You’ve got to be your own advocate,” she says.  That can be taking a step as simple as asking your doctor about breast exams while talking about annual prostate exams.

Singer said knowing about your family history and genetics can go a long way in helping the diagnosis process, pointing to between 2,400 and 2,700 diagnoses in the United States, and some other countries having a “very high proliferation,” including South Africa. As he learned more about the condition, Singer said he also saw a connection between male breast cancer and those of Ashkenazi Jewish heritage, and mostly in men over the age of 50, or 35 if patients carry the BRCA mutation or other known mutations. While 50 may be the average age, Singer noted there are exceptions for both the male and female form, as he saw with his sister.

Genetic testing may not be a commonly used tool yet for patients, but Wolf said she hopes that will change in the near future.

“One of the reasons I was tested was, if not for me, if not today, then possibly for one of my sons there’ll be a vaccine and we’re closer to that now than we were 10 years ago,” she says. “I can only hope that that’s something that can prevent them from going through this experience.”

One of Singer’s two sons has been tested for the mutation. No matter the reason, whether to get tested or not is an important decision, according to Singer.

“Testing is so personal and difficult because you have to be counseled and you have to be ready for the results,” Singer says, noting that the son tested negative.

“It’s important that at least they were tested,” Wolf says of her nephews. “It’s important that at least they have the information so that even if they were tested, and god forbid they do carry the mutation, there isn’t a lot that’s going to change for them, other than possibly a yearly mammogram. Other than that, it’s being aware and making the right choices in their lifestyle.”

Another area where they hope HIS can help is not necessarily in the exam room, but in the waiting room. Wolf said when men are concerned about potentially having the condition and go for an exam, they are given the same paperwork as female patients and ask questions that in no way pertain to men and can make male patients uncomfortable.

It has been a challenging road for Singer, but he still said he is glad he has found a way to take his experience and help other people.

“Prostate cancer is different,” he says. It’s out there and it’s in the open and there’s no stigma attached to it.” He adds, “From the male side of breast cancer, one of the biggest problems I had early on was the stigma.”

Having worked to “laugh it off,” in the beginning, he said it was difficult to come to grips with the diagnosis and accept it afterwards. “It is a social thing and the stigma behind male breast cancer is real.”

For Singer, surgery and treatments have been successful, but he knows he is not out of the woods.

As a result, and after being treated for prostate cancer, Singer said he is very careful to pay attention to his body in order to avoid any future issues.

As they continue to monitor their health, the pair said they are working on various ways to help spread their message, including through their website, social media and attending events like Facing Our Risk of Cancer Empowered (FORCE) to reach not only patients, but also doctors and health care professionals as well.

They have also worked with other large breast cancer organizations to spread their message. Singer said he hopes someday to engage the National Football League to include men’s breast cancer as a part of their overall breast cancer awareness message.  By doing that, he said he hopes more men would be aware of the condition and less concerned about the stigma, in order to be diagnosed early.

“If the NFL just took one of those weekends where they had pink and made it pink and blue and said ‘this weekend we’re incorporating some blue into the pink because 2,700 guys are going to be diagnosed this year and 670 of them are going to die from breast cancer we just want you to be aware,’ just think of the vehicle they would have and how many guys would be educated,” Singer says.

Until that time, Singer and Wolf said they will continue to raise awareness and educate as many people as they can.

“We’re gaining ground-- little steps, baby steps, one foot in front of the other -- but there’s definitely a lot to come yet,” Wolf says. “We have to take what we can, but we have to keep plugging and keep educating and hope that it’s going to get better and it will,” Singer adds.
Be the first to discuss this article on CURE's forum. >>
Talk about this article with other patients, caregivers, and advocates in the Breast Cancer CURE discussion group.