A Genetic Cause for Kidney Cancer

Doctors uncover new target for treating the majority of kidney cancers Kathryn E. Vinson, MS, CCRC In past discussions, we have talked a lot about

In past discussions, we have talked a lot about tumor suppressor genes, and the part that they play in keeping us healthy, or in our illnesses when they malfunction. Finding these problematic genetic areas have given researchers plenty to think about – not only from a treatment perspective, but also from a standpoint of screening and early detection.

Researchers at the University of North Carolina Lineberger Comprehensive Cancer Center have done just that with one of the most common forms of kidney cancer – renal cell clear cell carcinoma, which we will call RCCC for short. RCCC is by far the most common type of kidney cancer, affecting 70% of all kidney cancer patients. The American Cancer Society projects that 63,340 new cases of kidney cancer will be diagnosed in the US in 2018, with 42,080 of those cases in men. More information on the higher proportion of cancer diagnoses in men can be found in Cancer is Sexist.

Before we get into the new research, let’s talk about the basics first. RCCC is a cancer that occurs in the cells of the kidney itself – the renal cells. The American Cancer Society tells us that these are the most common symptoms:

If you experience these symptoms, please see your doctor immediately. Although theses can be caused by other benign conditions such as urinary tract infections, you really don’t want to mess with your kidneys.

Laboratory tests such as urinalysis and blood tests, as well as imaging such as MRI, CT, and PET scans are standard for diagnosing kidney cancer. As opposed to other cancers, biopsies are not extremely common, as imaging usually provides physicians with sufficient information to make a surgical plan. The tumor itself is typically examined after being removed, rather than a needle biopsy.

Once diagnosed, standard treatments for kidney cancers vary, but include:

Patients with kidney disease also have some very unique dietary needs and restrictions, as cancer can understandably cause the kidneys to not function properly. Take a look at Dietary Advice for Kidney Cancer Patients for a down to earth approach at this diet.

The UNC scientists have discovered some really interesting information about how RCCC develops, providing new pathways for targeted therapies. Targeted therapies are those that work by zeroing in on a specific pathway in the cancer’s development. In this case, Qing Zhang, PhD, and his team of fellow scientists saw that in 90% of RCCC, an important tumor suppressor gene called VHL was either missing or malfunctioning. When this happens, a protein called ZHX2 accumulates in high quantities in the renal cells. The VHL gene loss is responsible in not only in the origination of the tumor(s), but also plays a key role in their development and metastasis, as the ZHX2 protein promotes blood vessel growth.

Some of the targeted therapies that I mentioned above already target the VHL gene, but it has been found that patients have sometimes shown little response or their cancers have developed resistances to the treatment. Dr. Zhang and his team are looking at targeting the “downstream effects” of the VHL loss, namely the accumulation of ZHX2. In laboratory models, “By eliminating the ZHX2 from the laboratory models, they inhibited cancer cell growth, invasion and the cancer’s spread.”

Interestingly, the VHL gene is responsible for a whole host of diseases, stemming from over 300 different mutations in the gene. Von Hippel-Lindau syndrome causes the production of tumors and cysts throughout the body, familial erythrocytosis, and paragangliomas. Clearly, this tumor suppressor gene plays a vital role in our health.

As always, much love, abundant blessings, and many prayers to all of the cancer warriors and their families. 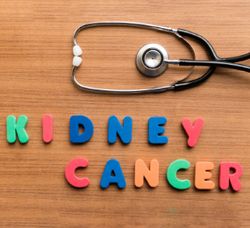