Here is a list of some recent trials that launched within the cancer space in September.

As the options for cancer treatment continue to expand, patients and their caregivers should be aware of the various clinical trials currently being conducted — including studies they can possibly join.

Italian pharmaceutical company Menarini Ricerche announced that the first patient has been treated in Europe in the expansion cohort phase of the DIAMOND-01 clinical trial of the investigational drug SEL24/MEN1703 to treat acute myeloid leukemia (AML).

The phase 1/2 dose escalation and cohort expansion trial is designed to evaluate the activity and safety of SEL24/MEN1703, an oral dual PIM/FLT3 inhibitor, in patients with relapsed/refractory AML and patients who have not yet received therapy and aren’t eligible for chemotherapy.

As of July, the first patient selected within the United States to participate in the expansion cohort phase of the trial began receiving treatment.

The first patient has been dosed in a phase 2 trial of patritumab deruxtecan to treat patients with advanced or metastatic colorectal cancer who did not respond to, or were unable to receive, at least two prior lines of systemic therapy, according to the agent’s manufacturer, Daiichi Sankyo.

Eighty patients across the U.S., Europe and Japan are expected to be enrolled on the two-cohort, two-part open-label trial.

“In this study, we are exploring whether the targeted delivery of cytotoxic chemotherapy with patritumab deruxtecan to cancer cells with varying levels of HER3 expression may be a potential treatment option for previously treated advanced or metastatic colorectal cancer,” said Gilles Gallant, of Daiichi Sankyo, in a company-issued press release.

Partner Therapeutics announced it has resumed enrolling patients in the National Cancer Institute-sponsored EA6141 study of Leukine (sargramostim, yeast derived rhu-GM-CSF) plus Yervoy (ipilimumab) and Opdivo (nivolumab) to treat melanoma in the frontline, or initial-treatment, setting.

The phase 2/3 trial was initially launched in September 2015. Patients with stage 3/4 inoperable melanoma were randomized to receive immunotherapy with either Yervoy and Opdivo with or without Leukine, a colony stimulating factor. Enrollment was paused in June 2017 after 240 patients were enrolled into the interim analysis. Based on results of the interim analysis, enrollment into the phase 3 portion of the study was greenlit. It is expected that 600 patients will be enrolled into the trial.

“The prior data with sargramostim (Leukine) supporting improvement in survival and reduction in immune-related toxicity, as observed in the E1608 study, highlights the importance of further clinical evaluation in combination with checkpoint inhibitors,” said study co-chair Dr. Ahmad Tarhini, director of cutaneous and clinical translational research at H. Lee Moffitt Cancer Center and Research Institute, in a company-issued press release. “EA6141 is a very important study in frontline melanoma with the possibility of changing the standard of care, and I expect a rapid enrollment across a large number of centers throughout the U.S.”

Nanospectra Biosciences announced that four clinical trial sites have been added to its ongoing open-label study of AuroLase Therapy for the focal ablation of prostate tissue via nanoparticle-directed near-infrared irradiation.

The extension phase of the trial is designed to assess the efficacy of using MRI/ultrasound technology to direct focal ablation of tissue affected by prostate cancer using nanoparticle-directed laser ablation.

The new sites added to the trial include: Duke University, Mayo Clinic, Northwell Health and Huntsman Cancer Institute at the University of Utah.

“End-of-study clinical and functional outcomes of the initial subset of subjects in the feasibility study were very encouraging, with 13 of the first 15 prostate cancer patients treated showing no detectable signs of cancer upon biopsy a year after treatment," said Dr. Ardeshir Rastinehad, vice chair of urology at Lenox Hill Hospital within Northwell Health System, system director of prostate cancer for Northwell and the national principal investigator for the overall clinical program, in a company-issued press release.

“This is an exciting and intrinsically novel technology that now has the ability to reach its full potential due to advancements in visualization and targeting and unlock some of the promise underlying nanomedicine.”

The Balancing Act of Being a Cancer Caregiver and Parent 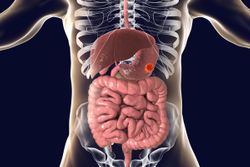 The Balancing Act of Being a Cancer Caregiver and Parent