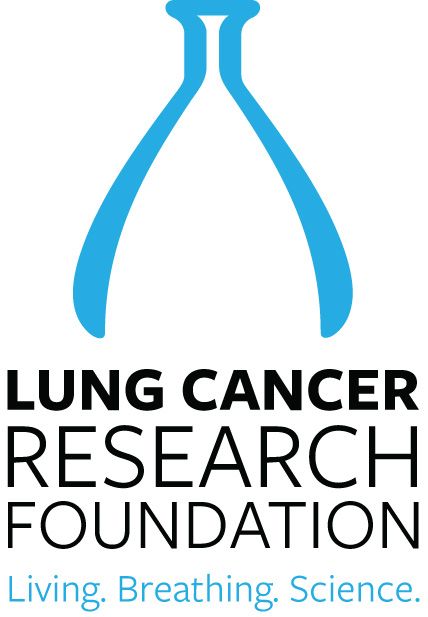 It's incredible how much personality was squeezed into my mother's 4'10" frame. She was a spitfire. A burst of energy, starting friendly conversations with anyone and everyone she met.

It’s incredible how much personality was squeezed into my mother’s 4’10” frame. She was a spitfire. A burst of energy, starting friendly conversations with anyone and everyone she met. She was silly, sweet, caring, giving, loving, and so much more. Most of all, she was resilient, staying optimistic and positive when faced with the worst of circumstances. When she was diagnosed with stage 4 lung cancer, she was tough and brave and fought the hardest fight of her life. Six months later, lung cancer won the battle against my mom. I refuse to let it win the war.

If my mother wasn’t strong enough to beat this cancer, I knew something had to be done. No one else should have to go through that emotionally and physically draining experience, and no family member should have to sit around and watch it happen. Later that year, I found a 5K to benefit lung cancer in my area and I ran in it. It helped, but it wasn’t enough. The following year, I learned about the Free to Breathe 5K in Chelmsford, Massachusetts. I started a donation page and showed up on race day after meeting my donation goal. The atmosphere of the race was so incredible and I truly felt that this was a group of people seriously dedicated to supporting one another and making a difference.

Seeing other participants running with “In Honor Of…” or “In Memory Of…” signs caused me to spend the majority of the race sobbing. It was a mixture of tears of sadness, in recognizing how many other people have been affected by this disease, and tears of joy, in knowing that I wasn’t alone. So many others are dedicated in joining together in the fight against lung cancer. I have continued to participate in this Free to Breathe event each fall, increasing my donation goals, volunteering on race day, and now also running in memory of my grandmother who lost her battle to lung cancer in 2013. I felt like I was making a difference, but I knew that I could do more.

I was honored to have been invited to Free to Breathe’s Action Summit last year. Being recognized as a lung cancer advocate made me realize how important even the smallest role in this fight can be. Immediately upon my arrival to the summit, I felt that I belonged. I was able to meet others from around the country who have also been personally affected by lung cancer, as well as Free to Breathe staff members, doctors, nurses, and researchers. What I found to be most inspiring, though, was getting to know some very special lung cancer survivors. These men and women are some of the strongest and bravest individuals I’ve ever met, and talking with them and listening to their stories filled me with SO much hope for the future.

The Action Summit provided me with information, tools, and most importantly, an unbelievable amount of support. I felt empowered to go beyond my comfort zone and take the extra steps to make a difference. At the summit, we spent some time networking and event planning, and I was able to exchange details and ideas with other participants. This year, in addition to participating and volunteering in my local 5K event, I decided to plan my own Free to Breathe fundraiser. This is the first event I have ever planned, and though I was nervous at first, I’ve received nothing but amazing support from the wonderful Free to Breathe staff, my friends and family, and numerous businesses and donors in my community. If I hadn’t attended the summit, I don’t think I would have believed I had it in me to make such an event happen.

Join Jennifer and other lung cancer survivors, patients, healthcare professionals, family and friends at the 8th Annual Lung Cancer Action Summit September 17-20, 2015, as you learn how to bring the lung cancer movement to your community. Learn more and apply at freetobreathe.org/summit15.